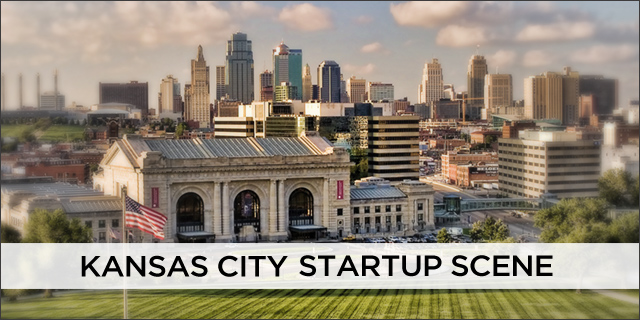 In a city of under half a million, just south of Iowa, the Kansas City startup community is quietly gaining momentum.

The local Think Big Accelerator is now mentoring its first class of six startups, zapping them with a shot of funding. The city just kicked off Launch KC, a private-public initiative to offer mentorship, office space, and resources to startups. And Google Fiber is starting to roll out its warp-speed fiber-optic broadband network in the city, which was selected from over a thousand applicant cities last year.

“The biggest advantage is there are as many resources to tap to build a business here as there are on either coast,” says CEO Dale Knoop of RĀZ Mobile.

RĀZ Mobile raised small angel funding from local investors. And there are a variety of angel networks in the city. For example, local startup ABPathfinder raised $30,000 from Angel Capital Group, combined with $100,000 from an angel, to provide tools for therapists and teachers working with autistic kids.

Amidst all this activity, Kansas City startups seem to know they’re the underdog. “Our biggest disadvantage to starting up in Kansas City also serves as our biggest advantage, and that is the stigma that we are a ‘flyover’ state with little substance. Nothing could be further from the truth,” explain Trellie cofounders Claude Aldridge and Jason Reid.

As a result, startups can fly under the radar, but fly nonetheless. “We have had talks with teams and startups in other cities along the coasts that were not aware if people in Kansas City use Twitter and Facebook like the coasts do. Yes. We do,” quips Derek Kean, cofounder and CEO of local startup Truckily. Truckily joined the first class of the ARK Challenge accelerator in nearby Kansas to spice up their apps, which connect hungry people with food trucks nearby. Kansas City is also home to the Kauffman Foundation, a large nonprofit that supports, researches, and teaches entrepreneurship. And startup blog Silicon Prairie News has a special Kansas City edition.

But the city’s biggest advantage is “the access to talent,” says Stackify founder and CEO Matt Watson. “KC has a lot of talent and they are easier to find than in other places.” After a long week of building his application development tool, Watson rewards his talented team with “Slackify” time on Friday afternoons – that is, beer and bonding.

On the other side of the spectrum, much of the startup talent in Kansas City comes from older or experienced entrepreneurs. Kirk Hasenzahl managed brokers raising money for tech startups during the dot-com boom in the 1990s. Now, he’s working on RareWire, which provides cloud-based app development software targeted at web designers. He’s looking to capitalize on the latest rush of entrepreneurs who want to launch their technologies fast.

Another dot-com veteran, Claude Aldridge worked at Transportation.com over a decade ago and was the first employee of a startup called AthletixNation.com. His current startup, Trellie, is creating a hip little device that goes outside your bag or purse and flashes when your phone is ringing.

And the list goes on. Airport Life, which pulls all your travel information into one app, is led by a founder with over 28 years of experience as a pilot. FINDitKC cofounder Chris Olsen is using his decade-plus of storytelling experience in TV news toward his website, which helps locals discover activities, food, and businesses nearby through video. Local Ruckus, which showcases local events, boasts five cofounders with a combined 65+ years experience in their fields. And Neighbor.ly, another community-minded startup that helps fund civic projects, has a team with decades of experience in entrepreneurship, bonds, and accounting.

“There are a lot of 30-something entrepreneurs,” says Toby Rush, CEO and founder at EyeVerify, who is 38. Being a decade older and wiser than young 20-somethings has its upside, and its downside. “I've seen the ups and downs that come with a startup. I know what things to stress about and which things don't matter. When selling to other companies, I also have a lot more credibility because I've been there and done that,” he says. “The disadvantage is that we tend to have a lot more responsibilities outside of work. Whether that is our families, civic, church, school, or other activities. So we don't have as much time as younger, single entrepreneurs.”

Kansas City is also a ripe testing ground for startups selling to businesses (as opposed to consumers). “KC is considered a hotbed for test markets, which has enabled us to learn and evolve here before launching nationally,” explains founder and CEO Sean Beckner of Front Flip, which helps businesses engage their customers in store and on mobile. “We have a strong and growing community of businesses and customers here in Kansas City who are avid Front Flip users, and it’s exciting to see people fall in love with our product right here in our hometown.”

Cofounder David Hulsen of RFP365, a tool for requests for proposal, agrees. “Our biggest advantage in starting in Kansas City is the accessibility to mentors and customers.”

But the hard part for Kansas City startups is finding the funding to scale up, past a small first round of investment. “Kansas City has become a hotbed of ideas but is not attracting the financing to support the community long-term. Most of the success stories from the community have their roots in bootstraps and SBA loans,”  says founder Doug Richards of TiBi.tv, which lets TV viewers buy products they see on TV.

The local technology council KCnext keeps a list of investment opportunities for startups, including a handful of venture capital funds. But startups tend to agree with Richards. “Finding investors in the Midwest that ‘get’ mobile and apps has been challenging. We have started looking at the coasts to find investors that are comfortable in our space,” says CEO Dan Stratman of Airport Life. “Startups have to fight with each other for bread crumbs,” quips ABPathfinder CEO Jeff Blackwood.

But perhaps that will change as the Kansas City story gets told and as Google's fiber-optic network syncs up. In an industry where speed and agility are king, 100x faster Internet is a non-trivial advantage. And a little bit of underdog grit doesn’t hurt, either.

See these Kansas City startups on display at our first-ever Tech Cocktail Kansas City event, and vote for the hottest showcasing startup.