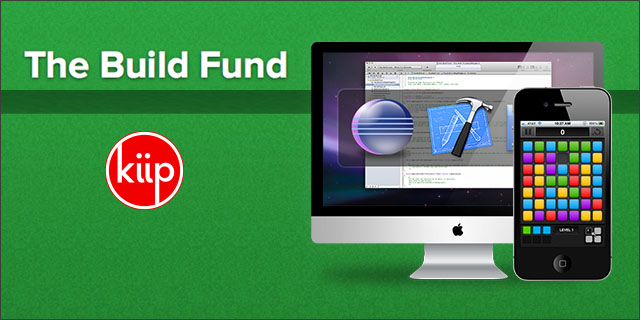 This is the second year of the Build Fund. Last year, $5,000 was awarded to 20 developers – from couples app Kahnoodle in New York to a pterodactyl game from LovblGames in Romania. This year, the theme is “Creation.”

“Once in a while, an app or a game comes along that defines an entirely new category. It challenges a design assumption, it attempts a risky game mechanic – it creates something completely new,” says Brian Wong, cofounder and CEO of Kiip.

Wong has long been an advocate of this type of creation. He encouraged entrepreneurs to disrupt markets or “change shit up” rather than just filling existing holes at an interview with Tech Cocktail in 2012.

In fact, Kiip is hoping to disrupt the mobile advertising market with its own product. The San Francisco startup makes gamification software that developers can add to their apps to reward users for more activity. As users get rewards from companies like McDonald’s, American Apparel, and Amazon, the hope is that they’ll use the apps more. Developers who win awards from the Build Fund are expected to integrate Kiip into their app.

This year, three of the ten winning spots are reserved for fitness and health apps. Developers can apply here.