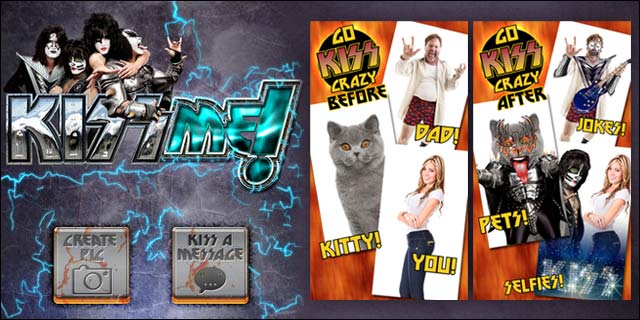 The Rock and Roll Hall of Fame legendary band KISS launched a photo tool app, KISS Me! Official Photo App, so fans feel they are part of the band as they continue their world tour. Through photo customizations, the app lets users put themselves and their friends together with the band through pictures, messages, emoticons, photo frames, and other visual elements that are 100% pure KISS, with exact renditions of the official KISS gear, costumes and makeup. It's KISS-centric photo booth on the go, for super fans.

Earlier this year, KISS was inducted in the Rock and Roll Hall of Fame, 15 years after they first became eligible. The band is on tour and the launch of the app is part of a contest, where fans submit their own KISSified photos to win KISS memorabilia.

So why does a band that was known for 40 years of gimmicking performances of heavy sounds, breathing fire, spitting blood on stage, and waggling tongues create an app? Simple, to connect with fans. In a recent interview in The Rolling Stones, Kiss founders shared their connection with the band's fans and the fact that they are outsiders.

“I always looked at our fans as the big heavy kids in the back of the room bein' made fun of,” said drummer Peter Criss in the article. “Or the kid who had long hair in the neighborhood when no one had it. And those are the kids who really needed a hero.” 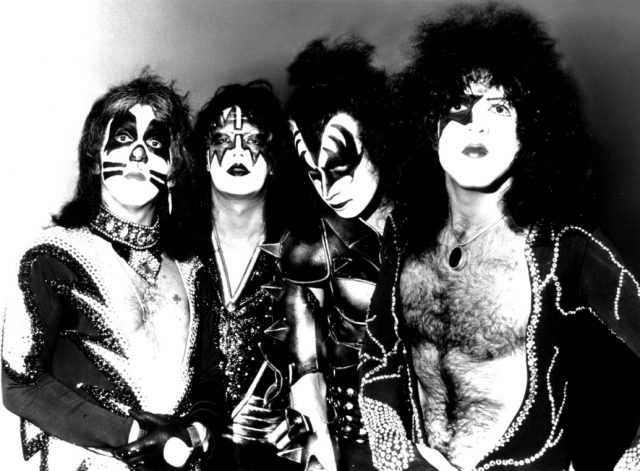 This app is for the fans who has always imagined flashing Gene Simmons' iconic demon tongue or strutting in Paul Stanley’s Starchild boots. Or sporting their own cat whiskers, or spiked shoulder blades. With the KISS Official Photo app, all of these interactions become a fun new way for KISS fans to share their enthusiasm with friends.

The app also has an unique feature called KISS YOURSELF! where fans can create a KISS concert video of themselves, complete with the real audio and instruments.

In April, the band released another mobile app called Kiss Photo Bomb, where fans could text messages with KISS emoticons.