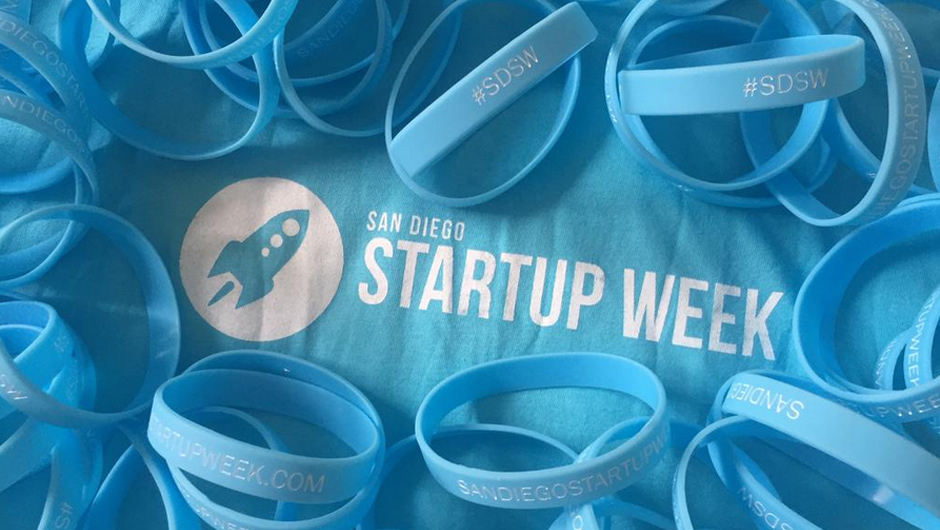 It never ceases to amaze me just how fast time really does fly when you’re having fun. I’m sitting here enjoying the San Diego sunshine, reminiscing about the amazing San Diego Startup Week (SDSW) that ended only about a week ago – I feel like it was just yesterday that the city was getting prepped and ready for it all.

To say the least, it was a smashing success. In fact, this year’s event was heralded as one of the largest and most robust SDSW events to date.

A big part of that success was due to the strong cohort of sponsors and partners that helped make the event epic: The Port of San Diego, Holonis, Zeeto Media, Ashford University, The Irvine Company, Ideator, and The City of San Diego. Because of them SDSW was able to provide attendees with a vast array of casual and social events spread all across Downtown San Diego.

“The Port of San Diego graciously provided us with the entire Broadway Pier and Pavilion for the Startup Week Opening Ceremony and SD Festival,” says Tim Ryan, Startup Week founder and Intelliyachts CEO. “It allowed us to host the thousands of individuals from across the country that we expect to come see the San Diego startup ecosystem first hand during the week.”

As expected, some of the biggest influencers in the local San Diego ecosystem showed up, and at the center of it all was none other than EvoNexus. I can’t say enough awesome things about the work they do for San Diego: their staff volunteered their time to coordinate speakers, develop topics, and open their downtown office as a venue for a lot of the events.

“EvoNexus has become the hub for the San Diego startup community. It's crucial for us to be involved because SDSW itself represents a lot of what we aim to be: a positive, inspiring resource that helps Southern California startups,” says Michele (Yoshioka) Maley, Director of Programs & Operations at EvoNexus. “Being at the epicenter of all the action in San Diego, it’s no surprise we were heavily involved in SDSW.”

Perhaps one of the coolest parts of the entire week was when David Brown and Marc Nager addressed an eager crowd about their recent news. Techstars officially acquired UP Global and all of their programs, like Startup Week, and San Diego was the first city to host an event after the news. They addressed the acquisition directly, answering the overwhelming concern that startup ecosystems would be negatively impacted because of the change in UP Global’s nonprofit status:

“In our industry, we have never charged entrepreneurs for anything. We are investors. We will keep running events such as this [SDSW] that galvanize entrepreneurs to come together,” says Brown.

With that issue put to bed, the two transitioned the conversation to a more personal level, offering their advice and mentorship for the audience. In essence they were Startup Week’s mission incarnate in that moment.

After all, the whole goal of this event was to celebrate the entrepreneurial community in San Diego while also bringing everyone together in an inspiring way. That’s exactly what Brown, Nager, UP Global, Techstars, EvoNexus, and the whole city were able to accomplish together. At the risk of sounding like a broken record player, it was incredibly inspiring.

To sum it up: if you’re not paying attention to San Diego, this year's SDSW should be a message that speaks to the error of your ways – we’re absolutely killing it these days. I love this city.