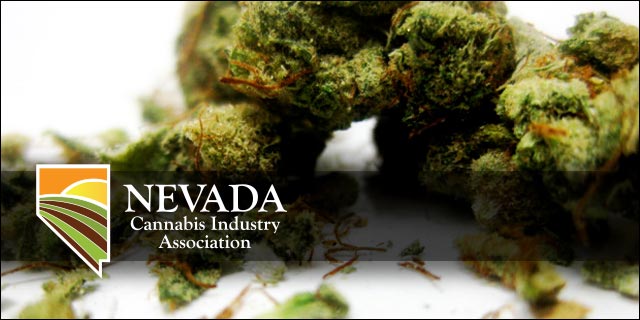 This is part one of two of my interview with Leslie Bocskor, Chairman of the Nevada Cannabis Industry Association.

Leslie Bocskor splits his day-to-day three ways – he’s the Chairman of the Nevada Cannabis Industry Association (NVCIA), Managing Partner at Electrum Partners, and a founder of the Electrum Fund. These three entities are all united around one commonality: marijuana.

The NVCIA is dedicated to promoting the growth of a responsible and legitimate cannabis industry in the US while Bocskor's Electrum Partners helps different entrepreneurs and industry players navigate the licensing process for marijuana businesses in Nevada. And not to miss out on the economic opportunity, Bocskor started The Electrum Fund, a hedge fund, to invest exclusively in marijuana businesses.

Before all of this, however, Bocskor got his start as a businessman in 1987 in corporate finance and investment banking. He was working in the New York financial sector, before discovering that what he was really interested in was futurist technologies, being the technophile that he is.

Further, Bocskor had an insatiable appetite for disruptive industries that change the way the world does business on a massive scale. That’s why the casino industry was so intoxicating, and it ultimately drew him away from New York to the deserts of Las Vegas.

Bocskor never thought he’d permanently move to Las Vegas, but he was acquainted with something in Vegas that New York City didn't have: a legal cannabis industry. Given his experiences, I jumped at the chance to interview Bocskor about his interest in the marijuana industry and the intersection of technology and cannabis.

Tech Cocktail: How did you get involved with the Nevada Cannabis Industry Association?

Leslie Bocskor: When I came out to Las Vegas I also went to California, Colorado, and Washington. I saw that there’s an industry for marijuana and that it’s definitely happening. Then the November 2012 election changed the game will full legalization in Colorado and Washington.

At the time I had been working on a business that was going to disrupt, and will eventually disrupt, the lobbying industry. Any industry like lobbying, one with a lot of money and importance, is ripe for disintermediation via technology. One of the people I worked with said that there was going to be a lot of money in the cannabis industry and I should pay attention to it.

I know from experience that advocacy based political operations is one of the most effective ways to influence policy. All we have to do is get the cannabis industry to work together with a single voice and we have real power to influence policy. That's why I filled the role as Founding Chairman for the NVCIA: we want other regions to look to how we regulate cannabis and build on what we’ve done here for their own cities.

Tech Cocktail: What was it, specifically, about the marijuana industry that drew you in?

In 2013 I wanted to dive into legal cannabis industry full time because I saw it as a social issue and a justice issue. I also saw a huge economic opportunity similar to what I saw when I invested in internet and new media companies in the 90s.

The fact that people consider this a lightning rod situation, it creates an opportunity for those who understand what’s happening. The country and world is changing, and this specific moment is the birth and establishment of an industry that will be looked at the way we view gambling. When Nevada made gambling legal it was illegal everywhere else. They made it transparent.  The same thing will happen 30 years from now when we look back at the marijuana industry.

The fact that people don’t understand it is where the opportunity really lies; where people have fear I see opportunity. I’m a lightning rod in the sense that I can channel enormous amounts of power. I see this as an incredible opportunity.