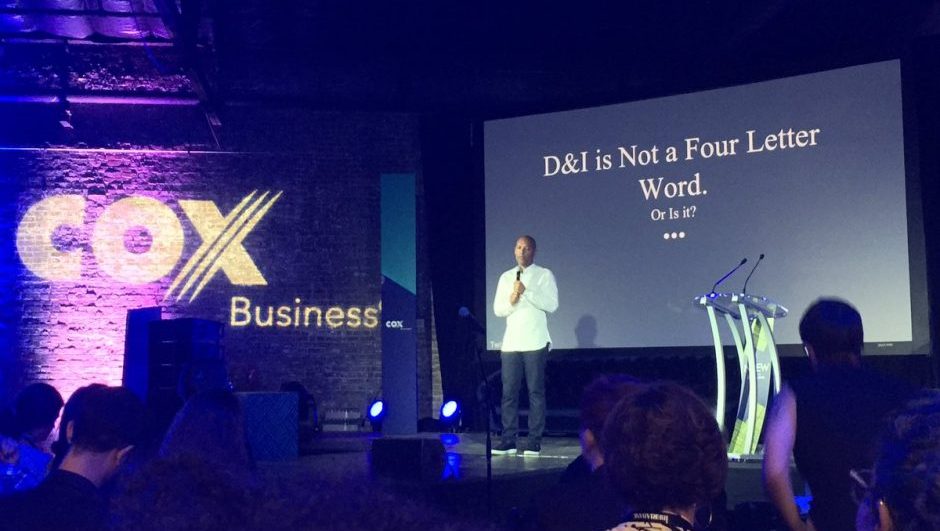 The lack of diversity in tech has been a consistent problem for years. Despite numbers showing that an inclusive environment breeds success in the workplace, companies of all shapes and sizes refuse to make meaningful change in their hiring practices. And, if you ask Leslie Miley, the director of engineering at Slack, he'll tell you that this kind of mentality needs to change immediately.

During his keynote speech at New Orleans Entrepreneur Week, Miley focused on the importance of diversity in tech, the ways startup founders and corporations can address the problem at hand, and what it's going to be like when something finally changes. He stressed the value of top-down involvement, meaning of course that if change is going to happen, it has to come from the CEOs, the founders, and the leaders of the tech community.

“Whether you’re a founder, a recruiter, an investor, manager, or executive, you have the potential to contribute to a solution,” wrote Miley in a Medium post in January. “This is a call to engage locally with public institutions, a call to invest in communities that have been struggling with diversifying their economies.”

Despite his continued employment at Slack, Miley is currently working with Venture for America, a fellowship program that places recent graduates at startups in cities with emerging entrepreneurial ecosystems, to establish the Executive in Residence program. This effort will ideally see tech leaders, founders, and CEOs from established companies like Slack, LinkedIn, and Airbnb taking up residence in ecosystems outside of Silicon Valley to spur innovation in local businesses.

“It really came out of the desire to help communities accelerate their economic opportunity,” said Miley in an interview with Tech.Co. “The best way that I can see to do that is to help them create jobs. How do you create jobs, you start companies. How do you start companies, you have entrepreneurs. Where are the most entrepreneurs in the United States right now? Silicon Valley. So it all comes back to Silicon Valley.”

In his keynote, Miley pointed out that tech companies are currently spending upwards of $750 million on promoting diversity. Whether it's sensitivity workshops or inclusion training, these companies are shelling out the big bucks to solve the problem. However, as Miley also pointed out, it's clearly not working.

What these companies don't realize, Miley said, is that there's an easier, and cheaper, way to address the problem of diversity in tech: leave Silicon Valley. Setting up an office in New Orleans, for example would cost these companies a fraction of what they're spending now (roughly $42 million was the number Miley gave). This would not only establish these companies in areas that need the help, but would also allow minorities to get more involved with tech than ever before. After all, it's better to establish a new ecosystem than import one to Silicon Valley.

I sat down with Leslie Miley after his keynote speech to pick his brain in regards to the Executive in Residence program. Check out the interview below and watch out for Miley; he's changing the world of tech for the better.

Tech.Co is live with Leslie Miley of Slack on his upcoming journey for Venture For America at New Orleans Entrepreneur Week!

Read more about diversity in tech here at Tech.Co