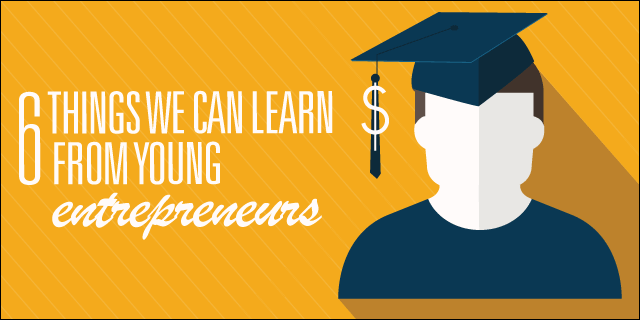 From ex-bankers-turned-investors to 25-year-old CFO's to social-media-savvy interns, there are a number of people who make up the startup community. While most of us turn to billionaires and well-renowned CEOs for advice on how to grow our companies, we're forgetting about a key source: young entrepreneurs.

Don't think a 21-year-old founder can help you grow your team, strategy, and business? Think again.

I looked back at some of my interviews with a few of the young founders I talked to. Whether the company revolved around social TV or adventure travel, each entrepreneur reflected on what they had learned about themselves and growing a company. Here's are some lessons from young entrepreneurs:

I learn something new every time I talk to a young founder, so the next time you go seeking startup advice from an angel, you might want to turn to a young entrepreneur in your area instead.