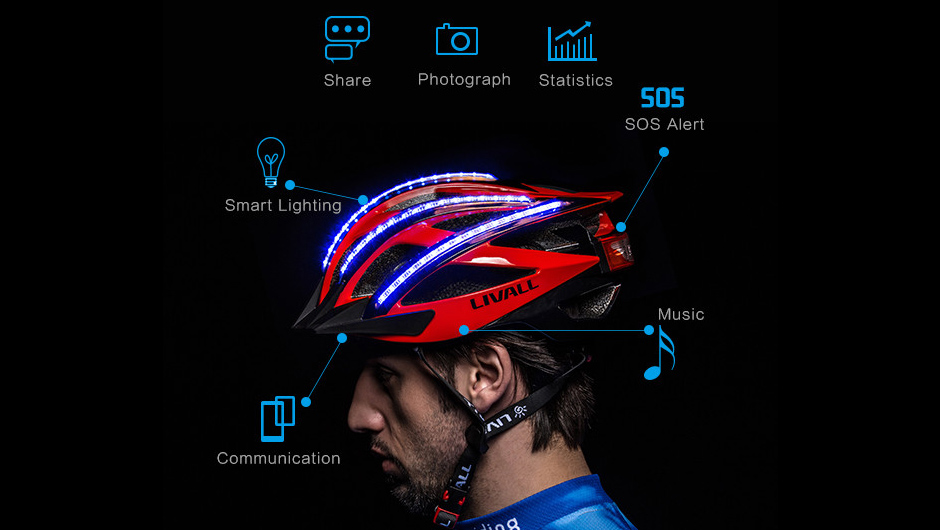 On any given day of the year the bike lanes in my neighborhood are packed with people riding bicycles. To the untrained eye it might just seem like that's something people do at the beach when in fact it's something that everybody in the city of San Diego does.

If you take a step further back and examine the landscapes of other big cities across the US you'll see that there are also countless people riding bikes. Turning towards bicycles instead of cars is, obviously, an incredibly hot trend right now, and it was only a matter of time before somebody started innovating in the realm of bicycles to effectively user in a new age of ‘smart cycling'.

There's a company out of Shenzhen, China, led by Brian Zheng and Ken Liu – LIVALL – that spent a lot of time analyzing different parts of the bicycle trend that were begging for an upgrade. They didn't focus on the bike itself as plenty of others have begun tackling work in that arena. Rather, they opted to focus on perhaps the most crucial part of riding a bicycle: the helmet.

To that end LIVALL has officially announced the creation of what they claim is the world's first ‘smart helmet', and launched an Indiegogo campaign to take it to market. In total they're only seeking $20,000, and they've already passed the $10,000 halfway mark in under 24 hours.

As the team has aptly named the helmet, the Bling Helmet is jam packed with tech functionality. Not only that, the LIVALL team didn't make it look dumb – I think that's something that a lot of people can relate to when it comes to helmet shopping.

“We’ve refined our prototype more than ten times to solve all high level technical difficulties during the production process. We’ve interviewed thousands of testers for user experience and internal beta testing,” says Zheng, CEO. “The end result is a revolutionary product we believe will change and possibly save thousands of lives around the world.”

The full range of functionality it offers is pretty impressive, and despite being packed with tech it only weighs a little over one pound:

To go along with everything here, LIVALL is shipping an accompanying smartphone bike mount as well as a corresponding app for both iOS and Android. Through the app users can share photos, videos, and even set to automatically share their bicycle data across social media platforms. 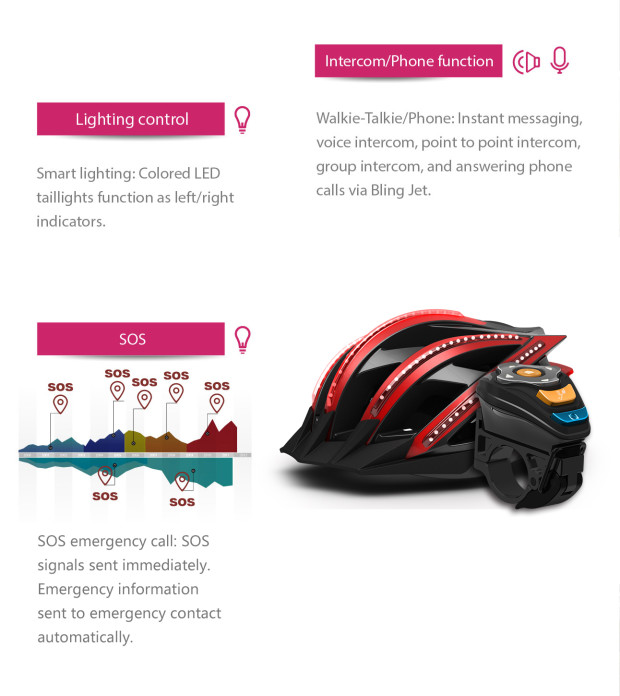 If I’m being completely honest, I think it’s a lot of stuff to pack into one bicycle helmet and could be kind of complicated to fix if anything breaks. However, I will say that it’s an incredibly strong step forward for smart cycling, and you absolutely have to admire the agile thinking to innovate when it comes to the most seemingly low-tech piece of equipment: the helmet.