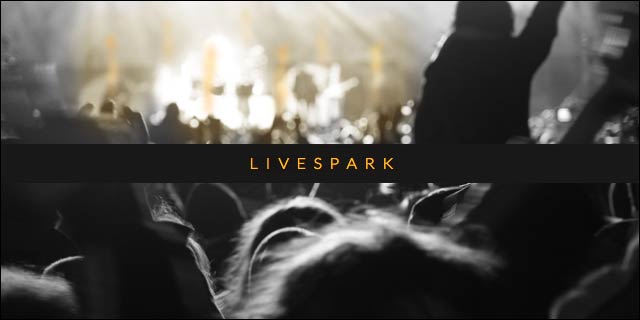 It’s no secret that Tony Hsieh wants Downtown Vegas to be the fire capital of the world: that much is evident from the massive praying mantis that jettisons fire from its antennae. The fire-filled, visionary landscape is open to many different artists, and Brett Bond of Livespark is doing his part to bring as much fire to the table as he can.

“Last summer I had no real plans to move to Downtown Vegas and now, here I am,” says Bond. “Tony Hsieh has put so much energy, effort, and life into Downtown Vegas, and then he says he wants it to be the fire capital of the world. That’s an opportunity that doesn’t come around often.”

Livespark attracted attention with their FirePixels, which create what Bond has coined “High Definition Fire.” The FirePixel itself is a small apparatus that shoots flames to create multi-dimensional effects, sequences, and chain effects.

While the FirePixel has a large range, Bond’s first installation in Downtown Vegas will be a streetlight reminiscent of a gas lamp. It’s meant to be calming and bring a depth of emotional texture beyond shooting giant fireballs.

True, the FirePixel itself is breathtaking, but Hsieh and the Downtown Project saw a second, attractive aspect of Livespark as well. There is potential for business growth using the city of Las Vegas as an epicenter; all the fabricators and manufacturers that Bond needs are local to Las Vegas.

“A customer can request a crazy table, and we can make it right here in Las Vegas in two days, and I don’t have to go to China and order 10,000 tables,” says Bond. “It lets us serve our customers nimbly.”

However, to avoid the issue of manufacturing oversight, Bond has taken and applied lean startup principles to Livespark’s manufacturing front. They start by manufacturing large numbers of parts they’re confident work well.

From there, they do R&D on certain hardware aspects, like electronics that affect the circuit board, and order prototypes of pieces they’ll need to update or change. The key here is a low-volume, high-cost short run on newly manufactured parts.

The pieces are retrofitted to fit into the previous design, they’re tested, and what works gets carried forward. The effort can then be successfully scaled to order a large number of new parts before the cycle is reiterated from square one; wash, rinse, and repeat.

The fruits of Livespark's labor are products that accomplish something beautiful, powerful, and hypnotic. And to demonstrate the capabilities of the FirePixel, Livespark recently released a video starring Tyler Williams, a Zappos employee, on a drum set surrounded by fire.

“We think of ourselves as making lights, so it was our goal to show an application that everybody could relate to,” explains Bond. “We surrounded the drummer with flames, you can think of them as lights, and set up a lighting sequence to trigger from the drum’s percussion.”

Check out the video, and make sure to keep your eyes peeled for Livespark’s art around Downtown Vegas soon.