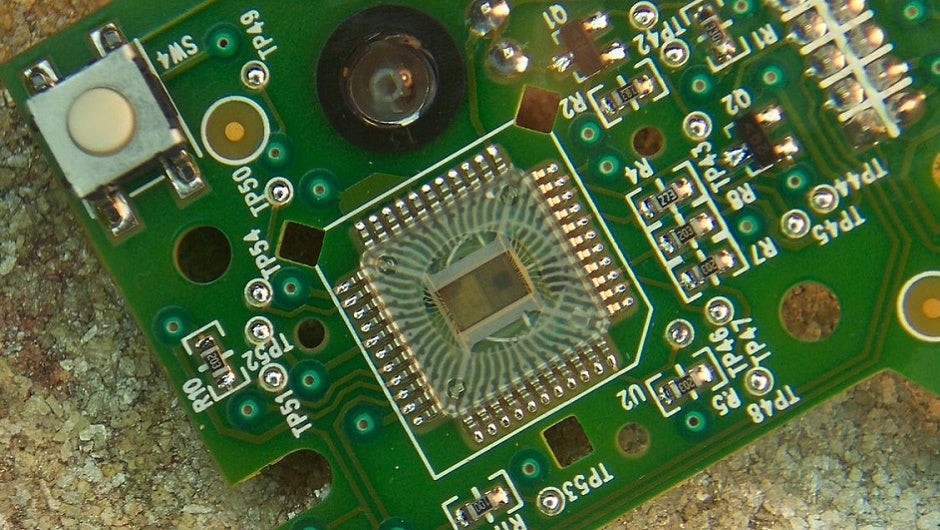 Sensor technology has long been used for a variety of different applications. From tracking the movement of international shipments to monitoring air pressure and weather patterns, sensors give technology companies the ability to tackle seemingly impossible problems with relative ease. And if you want a true picture of just how innovative technologists are – and how the possibilities are virtually limitless – just look at a handful of the ways sensor technology is currently being used.

We’re in the beginning of what some are calling a ‘digital health revolution.’ It’s the unique convergence of health and technology, and sensors are leading the way. While he may not have called it a digital health revolution, Steve Jobs was once quoted as saying, “I think the biggest innovations of the 21st century will be at the intersection of biology and technology. A new era is beginning.” As usual, Jobs was right.

If you look around, you’ll notice that personal health is a major focus for technology companies. There’s a growing ecosystem of products and many are fueled by sensors. Take VivaLnk, for example. This company has found a way to develop a proprietary technology that allows for thin, stretchable electronic patches to adhere to human skin and wirelessly connect to mobile devices, delivering powerful health insights on body functioning.

Then there’s Sano Intelligence, the startup that has developed a wearable patch that actually reads and transmits blood chemistry data to an external device. The company is labeling it as “an API for the bloodstream” and it could potentially benefit everyone from diabetics to athletes.

Other companies are utilizing sensors that are already built into preexisting devices to leverage new data. For example, Cardiio is a free app that uses the iPhone’s camera sensor to provide users with touch-free analysis of their resting heart rate. It works by analyzing skin tone, which actually – undetected by the human eye – changes complexion as blood rushes to the face.

There are also a handful of sensor-based technologies that are trying to make it easier for doctors and patients to diagnose breast cancer, sub-dermal issues, and even enlarged kidneys. MedSensation is one company leading this charge with a technology they’ve dubbed the Glove Tricorder. This glove contains pressure feedback loops, accelerometers, and temperature sensors. Eventually, the hope is that ultrasound pads will be integrated into the tips of the glove to allow doctors to see inside a patient’s breast. MedSensation’s Glove Tricorder is only in the prototype stage, but this seems like a technology to keep an eye on.

In addition to the technologies mentioned above, there are obviously a whole slew of activity trackers in the form of bracelets and watches. Virtually every tech company with consumer products is getting involved in this space and the level of innovation is rapid.

While sensors may be best utilized when it comes to personal health, there are dozens of other industries in which this valuable technology can be leveraged for positive results. One such area involves the development of what some call “Smart Cities.”

Sensors are being used to do everything from monitor the number of vacant parking spots available in a city to detect the level of trash and rubbish in containers so that trucks can optimize their collection routes. Other applications include monitoring the material conditions of important buildings, monuments and bridges, measuring the amount of energy radiated by cell stations, monitoring vehicle and pedestrian traffic to optimize routes, and creating intelligent street lighting that adapts to real-time conditions.

For businesses and manufacturing plants, keeping people, products, and technology safe and functional are important keys to success. That’s why a lot of attention is being given to the development of sensor-based technologies that monitor and alert the appropriate parties when there are environmental emergencies or security breaches.

For example, Libelium just released a new product that utilizes precision sensors to monitor air quality in industrial environments. The device has 16 different gas sensors built in and reliably measures everything from carbon monoxide and carbon dioxide to particle matter and chlorine.

Libelium also has a product that streams photo and video to the cloud for enhanced security of manufacturing plants, military bases, and other authorized areas. It’s essentially a sensor-based perimeter access control technology that quickly detects breaches.

While we’ve looked at a handful of ways sensors are being used to drive innovation, the reality is that future possibilities are endless. From retail sales and supply chain logistics to smart agriculture and animal farming to home automation, sensors are changing everything.  While the current state of innovation is fascinating to experience, there are so many different ways in which sensors have yet to be used. It will be incredible to watch this industry unfold in the future.