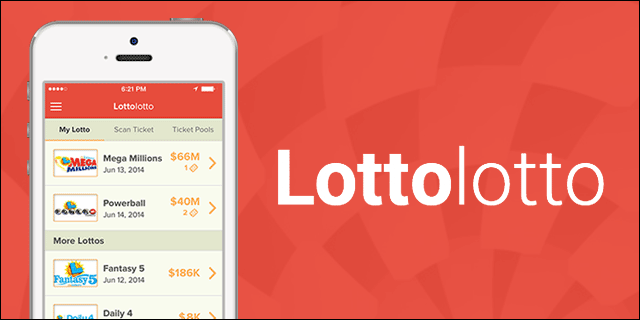 You’re more likely to get struck by lightning than to win the lottery. While the probability of winning mega-millions is slim, thousands of winning tickets (ranging from a dollar to several million) go unclaimed every year.

“It’s like comparing numbers, it’s annoying,” says Brett Jacobson, CEO and founder of Lottolotto. “Most people don't like doing it so I said, why can’t we just create an app that takes a picture of your lottery ticket?”

Jacobson quickly turned his idea into Lottolotto, but programming the app was the most challenging part.

“It’s actually incredibly difficult. Every state has a different ticket, a different size, a different material, a different security feature, and even within the same lottery tickets themselves the drawings are different,” says Jacobson.

Lottolotto's unique position in the market

Lottolotto isn’t the only app in this market, but Jacobson has created a unique competitive advantage.

“There are a number of apps out there that will give you the lottery results so that you can check it yourself, but you still have to sit there and manually check everything,” says Jacobson.

Lottolotto makes checking your lottery ticket much easier. Users only have to scan a picture of their ticket and the app will recognize what lottery and state the ticket is for.

“There is nothing else out there that recognizes all the lotteries – daily, retail, and national,” says Jacobson of his app. “The ones that are geared toward states are all really complicated and just difficult to use.”

Features of the Lottery App:

Here are some of the other features, according to the Lottolotto site:

According to Jacobson, the lottery offers “a built-in media story” ten times a year, which also helps Lottolotto get continuous promotion.

“Once the jackpot starts crossing $100-250 million, then every media outlet starts talking about it,” says Jacobson.

While lotteries are constantly covered by the media, Jacobson says the team is using guerilla-style marketing as well as producing two mini-series to spread the word. One of the mini series is called “The Biggest Lottery Winner of All Time.” The mini-series are scheduled for September.

“We’re using a Larry Davis-type character. He just doesn't really fit in so we want to make sure that it’s really relatable, so he goes to buy a Ferrari but he can’t drive stick shift,” says Jacobson. “He buys a huge house, but he can’t figure out how the lights work.”

Lottolotto is the modern way of checking lottery tickets compared to the manual and antiquated system. Plus, Lottolotto makes sure that users get their money.

“It’s not like you're asking somebody to buy something to go out of their way to do something,” says Jacobson. “You’re saying you already paid for this, don't you want to know if there is anything to redeem?”

Want to build your own app or website but don't know where to start? We can help you. Tech.Co now offers client services from strategy to actual design and build of your vision. Contact us today.