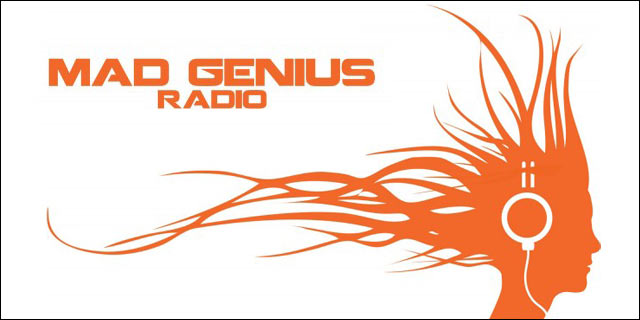 I recently had time to catch up with Mad Genius Radio Founder Eric Neumann and CEO Max Fulton. Mad Genius Radio is a new startup breaking onto the radio scene with a bevy of unique features and a beautiful interface both via the web and their iOS/Android apps.

Mad Genius Radio started as nothing more than an idea roughly 15 years ago according to  Neumann but it wasn't until two and half years ago that the first lines of code were written for Mad Genius Radio after a talk with his Fulton over dinner.

I will admit I was skeptical at first when I heard of this service, with heavyweights like Pandora boasting over 76 million active listeners and rising, it seems, monthly. But after testing out the service and some of the features I find myself almost ashamed to have ever used Pandora and their limited thumbs-up and thumbs-down music selection. Below you will find a screenshot of the web interface and app interface. 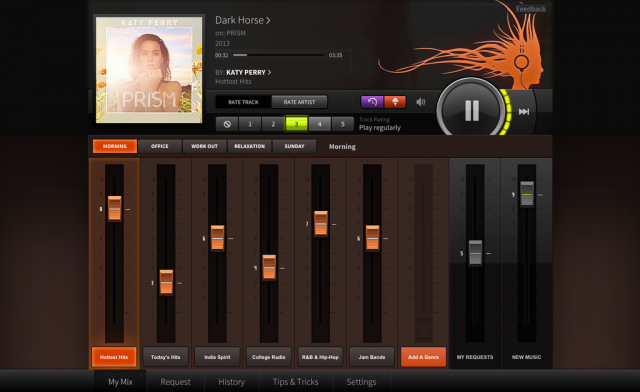 Mad Genius Radio offers a total of five presets now with the ability to mix up to seven genres into those presets however you like. As of now they have about 80 curated genres and 140 Time Machine stations. As with any radio service they offer playlists of all kinds from the usual “Rainy Day” playlist to the more interesting “Get S&*%! Done” playlist.

Mad Genius Radio operates solely on the premise of truly personalized radio. Instead of a simple thumbs-up and thumbs-down for tracks, you have sliders that range from one to ten on how much of a specific genre you are interested in hearing. You can further customize your radio with a zero-to-five selection for the song and artist, which determines how often you'll hear these, within your radio station choice.

The curated genres include a setting dubbed Guilty Pleasures setting that will inject a specific song into your mix that will play randomly throughout. Can't get enough of that new Taylor Swift song but don't think you'll find it in a certain mix? Not a problem anymore. And Time Machine is pretty amazing: it allows you to select a genre, such as rock, select a timeframe ('80s?), and listen to the radio as if you had actually transported to that time.

Mad Genius Radio is still in its infancy but has a tune of radio maturity (and feature set!) that I wish Pandora would have captured while offering a simple and honest take on truly personalized radio. While I can't stop recommending Spotify for the music-on-demand lovers (both the founder and CEO love Spotify themselves!), when it comes to a true radio experience Mad Genius will certainly get my recommendation from here on out. Pandora I sadly knew you!

For those wondering over costs Mad Genius Radio will charge $5 a month or $48 a year. At the time of this writing they are fleshing out the service a bit more and it is available at no charge for the time being.

Michael is an IT enthusiast, master brainstormer, book reader, and lover of all things startup! He is constantly searching across the vast expanses of the internet (mainly the major social networks) looking for new ideas and interesting companies to write about across many different industries. Are you a startup interested in having him write about you? Send him an email! You can find him on Twitter, Facebook, and LinkedIn.