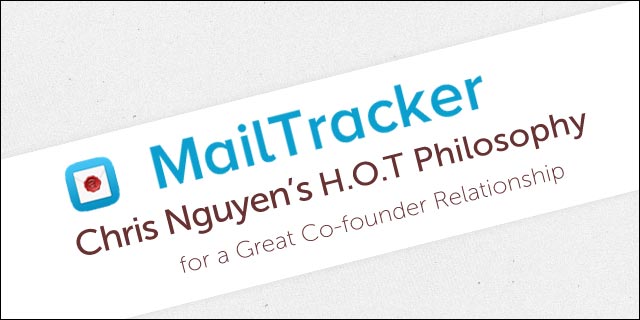 Prior to starting a company, or even after having launched a startup, one of the top considerations for people is: should I find a cofounder? It's an important issue, especially since starting and running a business certainly isn't an easy job, and some companionship along the way could be useful in more ways than one. But, outside concerns of company responsibilities, shared risk, and equity splits, there is the more fundamental issue of fit: will you and your co-founder(s) mesh well, in terms of both skill and personality? For MailTracker co-founder Chris Nguyen, a great co-founder relationship boils down to what he calls the “H.O.T” philosophy. 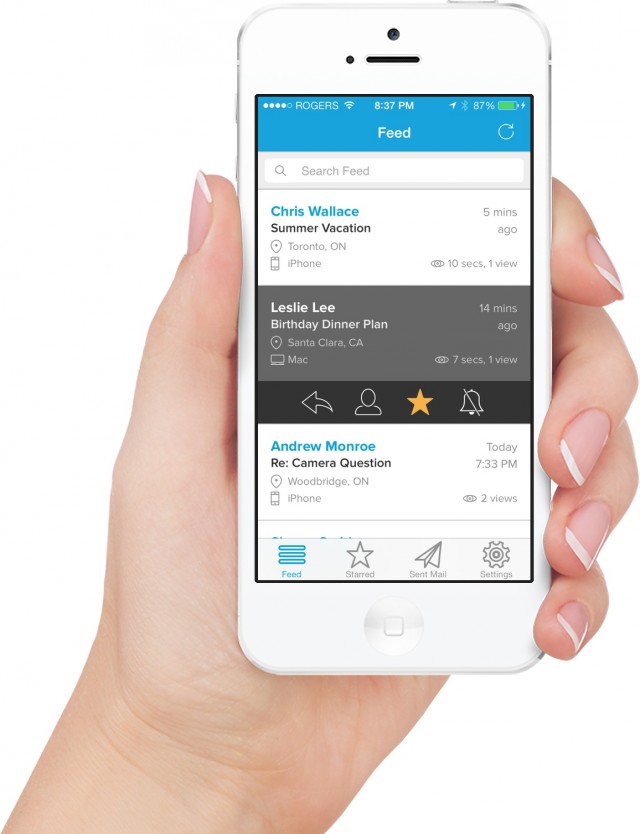 MailTracker is an iPhone app that allows users to track what happens to your email once it leaves your draft box. Rather than being a wholly independent mail client, the app utilizes the iPhone's native Mail app and monitors your email analytics. Once a user send an email, he or she can get real-time notifications when the designated party/parties view their email, including such information as where, when, what device, how long, and how many times that email was viewed. Honestly, it's kind of creepy, but definitely useful.

The MailTracker app is the first product from Answerbook, the third startup from Nguyen and his co-founder Lee Liu. The duo met way back in 2001, during their freshman year of college, while working on a group project. It was during that project that they realized they had complementary skill sets; Liu being very technical, while Nguyen was more product- and business-oriented. Thirteen years later, the two remain close friends, and have developed their friendship into a successful co-founder relationship. “Our relationship is unique, as we have opposite personalities and skills, [but it's those differences that] make us connect really well,” said Nguyen. “After starting three companies together, our connection is stronger than ever.”

“Ensure that you’re always honest with each other. If something is on your mind, tell them how you feel. You’re never going to agree on everything but at least you can understand everyone’s perspective before finding a solution.”

“If something is bothering you, let them know. You don’t have time to spare feelings in a startup; it may be too late before you know it.”

“Trust is key. When you’re working in a fast pace environment, you have to have the confidence that your co-founder can execute challenging tasks (vice versa). If you lose trust, game over.”

Basically, either find someone that you know you can trust, or be able to develop that mutual level of trust with whichever co-founder you bring into your startup.

And, while the idea for MailTracker doesn't sit too comfortably with some (both TechCrunch and Cult of Mac also chime in about the app's discomforting creepiness factor), Nguyen said that it's just another lesson that he's learned having co-founded two previous companies with Liu: “…You’re never going to launch a perfect product. The product will naturally evolve over time based on consumer feedback and demand.”

MailTracker is currently available for iOS. A desktop version of the application is slated to come out this summer.