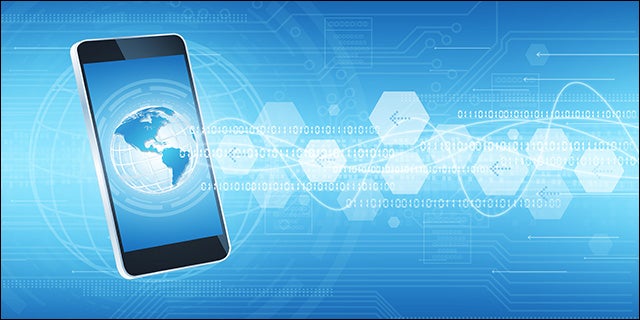 We’re living in exciting times, contrary to the forecast of some economists. We routinely hear mixed messages about the health of the economy, but in terms of innovative, tech-based entrepreneurship, things couldn’t be better.

In the past few years, hundreds of new opportunities have appeared for businesses with an ability to capitalize on widely available tech to provide an existing service in a better/faster/cheaper way.

And it’s not due to a particular technological breakthrough per se, but rather through the optimization, integration, and widespread use of a particular existing tech.

So what do we have to thank for this sudden abundance of low-hanging fruit? The smartphone, primarily.

A cornerstone of the growing ‘Internet of Things', the ubiquity of the smartphone has dramatically altered the infrastructural landscape of the marketplace. Entire industries are fundamentally changing as younger, technologically-savvy startups challenge the hegemony of the existing industry leaders.

Here are some of the ways young businesses have used smartphone technology to successfully carve out a new niche in the market.

The most obvious example of a startup forcing its way into saturated market by using tech as a game-changer would have to be the taxi service Uber.

Launched in San Francisco in 2010, Uber has quickly acquired a hefty slice of the minicab market, simply because they’ve effectively used technology to streamline the process finding and paying for a cab.

One could argue that there really isn’t anything different or remarkable about the service that Uber is selling, the act of paying someone to take you somewhere in some kind of vehicle has existed for literally hundreds of years. They’ve just found a better way to get this product to their customers.

And in fact, even this idea isn’t that groundbreaking. It’s unlikely that the Uber creators were the first people to imagine a taxi service that could automatically pinpoint your location and arrange your journey and payment without your input.

The real skill the creators of Uber had was identifying when the market was ready for their product. Back in 2010, they correctly predicted the effect that the rise of smartphones would have of the market, and realized that they were on the ground floor of a dramatic shift in the nature of the marketplace.

Uber had the foresight to start working on their service as far back as 2009, when the smartphone was still in its ascendancy. This meant that by the time a smartphone was in every pocket in 2014, they had already cornered the app store.

Nestled in the heart of Soho, Oriental fusion restaurant Inamo has taken innovation beyond the kitchen.

The dining experience at Inamo is framed by the use of the interactive ‘E-Table’, a touchscreen based surface from which customers can order their food and drinks, learn more about the neighborhood, and even arrange their taxi home (perhaps borrowing a little inspiration from Uber).

Again, Inamo’s real innovation isn’t to do with the product they’re selling. Oriental fusion cuisine, whilst modern (and delicious, I’m sure), is hardly unheard of. Instead, they’ve utilized technology (or more precisely, the public’s love of technology) to provide a novel and interesting way of selling an existing product.

And it’s not really that the E-Table is a huge improvement in the way meals at restaurants are bought and sold. Unlike Uber, Inamo didn’t have as big of an unwieldy and difficult transaction that they could streamline. However, the novelty of Inamo’s approach has been a massive boost to the restaurant’s publicity, with the E-Table reportedly being covered in over 30 TV features and 600 articles.

Inamo have pinpointed just the right time to appear, techno-culturally speaking. People are comfortable enough with touchscreens such that their use is intuitive and convenient, but the E-Table is still advanced enough to create that ‘wow’ factor and generate that PR buzz.

Whilst not directly making use of the smartphone, the success of the E-Table owes a lot to the public acceptance of the touchscreen that the smartphone has garnered.

“The creators of Inamo simply picked the right time to do this” says Chris Hollidge of G2 Digital, who created the hardware behind the E-Table. “Touchscreen devices are so commonplace now that the public were totally ready for the E-Table. I wouldn’t mind betting that a few years ago, an interactive table that you ordered your food and arranged your taxi home on would’ve alienated people, but now it feels not only futuristic, but a kind of futuristic that we’re comfortable with.”

Audio-visual designers Mayflower International have decided the time is right to nudge humanity a little deeper into science fiction.

Specializing in the creation of ‘smart homes’, Mayflower help their clients to create homes in which the lights, heating, music, TV and even the window blinds can be controlled wirelessly from the owner’s smartphone, even when they’re not at home.

There have been attempts to do this sort of thing before, of course, but the smart home has always been an unfeasibly expensive or technologically hamstrung endeavour. The smart home is essentially a product everyone knew would one day exist, but Mayflower have correctly read the signs that mean it’s time to start selling it.

Like Uber and Inamo, Mayflower’s real innovation hasn’t been strictly technological. The technology they are using has existed previously, but they have seen an opportunity to integrate it in a way that actually makes sense for today’s consumer.

Mayflower have capitalized on the greater connectivity that the modern home has, and the fact that the smartphone, in terms of both power and ubiquity, is ready to be the lynchpin around which their system is built.

Having a kind of home remote on which a homeowner could control and monitor multiple aspects of their house would have seemed a bit farfetched a few years ago, but being able to frame this ability within the context of a smartphone app makes the whole product instantly conceivable to potential customers.

Mayflower have realized this, and consequently seen that they can turn what used to be futurist’s pipe dream into a reality.