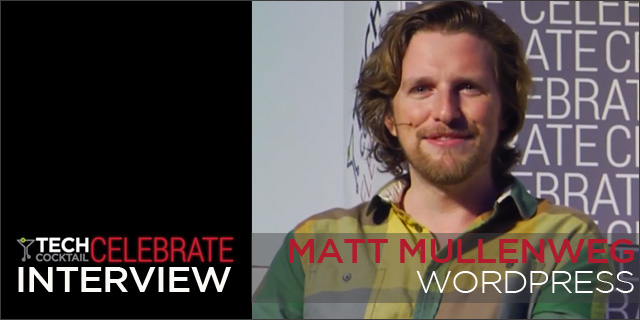 Matt Mullenweg is the founding developer of WordPress which, as he told at Tech Cocktail’s Celebrate, is currently used by 20 percent of websites on the Internet. The website giant has small roots though, and after Mullenweg left CNET in 2005, he founded Automattic even after people told him there was no room for another blogging system.

Automattic grew to become the power source for WordPress and the multiple other companies Mullenweg has acquired since its inception like Gravatar, Simplenote, and Simperium. Whatever his current project, venture, or acquisition Mullenweg has kept one constant that drives his success: open source.

This is one of the topics he talks about in his fireside chat with our own Jen Consalvo, and he equates the open source model to life and not just software. He even modeled his business after an open source mentality and gives his employees the power to adapt their jobs for what they want. In effect he has created a macrocosm of the WordPress platform; no two people have the same experience with it.

This is only a taste of the kind of innovative and creative thinking that Mullenweg has brought to the tech scene though, and he eliminated email for his company. All communications are done through P2 and he can efficiently scale it for over 1,000 employees.

Over the next year, Mullenweg is determined to use all his various tools to release five to six updates for the WordPress platform. At the time of the talk WordPress v3.7 had just been released and we should see v3.8 this December.

Here is the video: