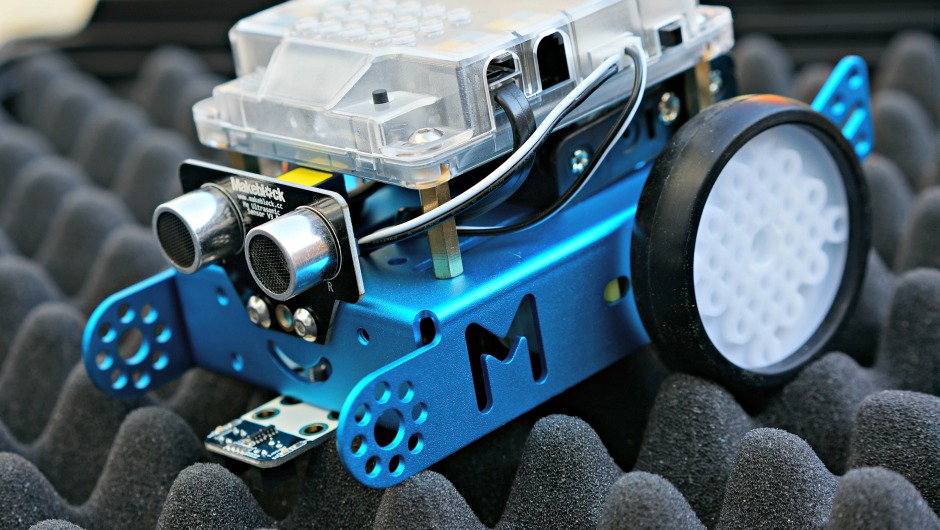 As adults, there are so many resources available to us to break into the world of programming and coding. From organizations like General Assembly and the hundreds of localized coding bootcamps, you can practically throw a stick into the wind and find a way to learn about development. For kids on the other hand, things are not quite as cut and dry, and programming is not readily available in the classroom.

In an effort to encourage kids to better understand things like development and robotics, a rise in STEM education-based platforms and toys have increasingly hit the market over the past few years. mBot, a Kickstarter success story, was created by Makeblock to do just this.

mBot is an affordable, build it and program it yourself robotic toy that is designed to teach kids several new technical skills. Since launch, Makeblock has gone on to create several other successful crowdfunded campaigns, each focused on STEM education.

We gave the mBot base kit a whirl over a few weeks to see just how easy it is to build and create a foundation for understanding development. Granted, I am not necessarily the target age for the robot, I’m essentially a big kid anyways. That counts, right? Let’s dig in and see what we can build with the mBot.

Getting started with the mBot is where the fun begins. Part of the learning process is to follow simple instructions, piecing the robot together, and then wiring it up. It only takes about 15 minutes or so, and then it’s on to downloading the mobile app and software. The app initially acts as a simple controller, but you can also adjust the settings to add in more features and some basic programming. To get to the real meat of mBot, you’ll need to download their version of Scratch called mBlock.

Once built, the best place to start programming and building the firmware for mBot is through one of the two training guides they provide.

Makeblock’s mBot is designed around a few concepts such as ease of use and instant gratification. For most development courses, you don’t see results of the work you do right away. Because mBot uses mBlock for programming, it’s easy to do some basic development work and see your work in action. mBlock uses a visual programming language (VPL) based on MIT’s Scratch, both of which are open source. The easiest way to describe the language is event driven. You tell motor one to do an action when pressing a key on your keyboard, then tell it again to stop doing the action when the key is released. That’s the most basic place to start, and it allows you to create a simple remote control vehicle. 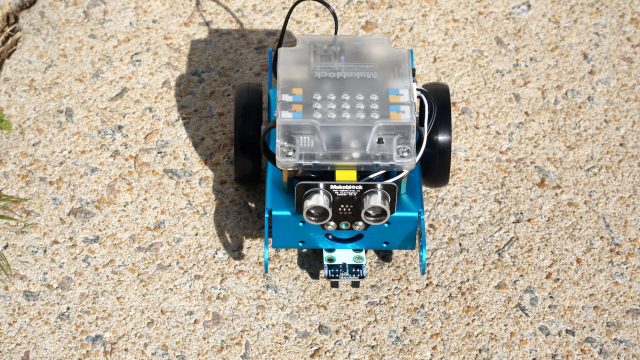 Growing up, the only option of a similar nature was Lego Mindstorm. While they are still around, and certainly have a great offering, a new wave of STEM based toys have been hitting the market over the past four or five years.

So where does Makeblock differentiate? The easiest attribute is the price point. At $100, you’ll get everything you need to get started, but the add-on kits can quickly quadruple that depending on what specific area you want to branch off too. That, however, is an even bigger draw. With the mBot, you'll learn to code through a visual platform, and if you and your little coder max out the capabilities, it's easy to branch off into laser etching, xy plotting, and even 3D printing.

Personally, I wish all hobbies had such an accessible entry point, but Makeblock built this into the core of what they do. They do also have smaller add-ons that act more similar to how Lego Mindstorm does it, which focuses more on adding a few sensors or aesthetics of the robot. The entry level mBot comes in either a Bluetooth or WiFi version, and in either blue or pink. The system also requires you to have either an Android or iOS powered smartphone, and in most cases a PC or Mac computer.

Will a child, or really anyone, come out of this learning how to build a website or app? No. But, and this is a big one, it will teach them the core competencies of development. Not only does the platform use simple, real world context to create actions in a visual setting (the training guides act as an interactive stories), but they get instant gratification from the work they put in.

Then, the same concepts can be applied to the robot itself. Plot a character on a coordinate plane, and then make it move using points on the X and Y axis. Plot the mBot on the same axis, see it move. Simple! Add in some sensors and you've basically shown how powerful automation can be.

mBot is designed to teach you the fundamentals of programming in a fun, easy to learn setting, and it accomplishes this well. Overall we, found the mBot to both fun and educational, but certainly needs a technically friendly adult to work alongside a child to use it. 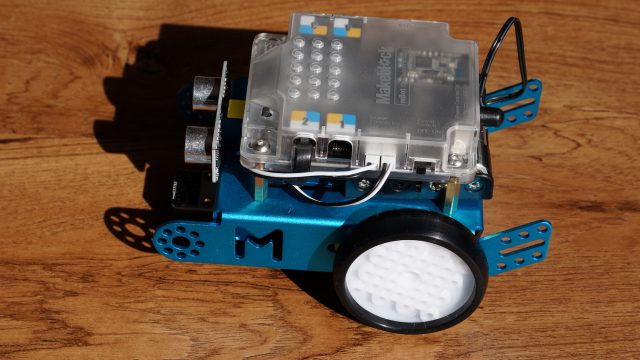 Considering the mBot looks the way you want it to, we won't be focusing on that. Rather, the ease of understanding how to build it, program it, and result in some learnings, that's what we'll dig into. There are three areas of design for the mBot. building, programming, and its limits.

We already dug into the building of the robot, which took little time and had easy to follow instructions. The only area I’d suggest deviating away from is the wiring. Before you place the final mCore in place, wire it up or you’ll definitely need tiny fingers to get things in place. Besides that, you shouldn’t face any problems.

Programming, more specifically learning to work with mBlock, starts off with simple steps. Forward, back, left, right, it’s easy and leads to instant gratifications. To tap into the sensors, things get a little bit more complicated, such as ensuring the robot avoids obstacles directly in front of it, or using the line follower and having mBot follow a drawn line. If you use one of the two story-based instruction guides, you’ll be taken through each and every component of mBlock, making it relatively easy to pick up.

The only issues faced here were tied to the software itself. Apparently it received an update that caused the educational lessons to no longer correlate with the steps needed to update firmware. After some tinkering, we found that the firmware download process was simplified a bit, but would still cause issues for most people trying to figure it out.

The limits on the other hand are more so tied to mBlock than anything; however, that is also solved through the ability to use arduino commands or C++ to further tweak things and expand on your programming skills.

Should you buy the mBot? If you have a kid that is interested in either robotics or tech, absolutely. The price point alone makes the mBot particularly appealing, especially when compared to some of the similar offerings like the Lego Mindstorm kits. Though the kit may not include batteries (eye roll), it does come with everything else you would need to make it a fun learning experience. Even if your kid doesn’t end up getting too interested in the programming aspect of mBot, it still leaves a fun little R/C robot to play with.

Where to buy: Amazon, Makeblock