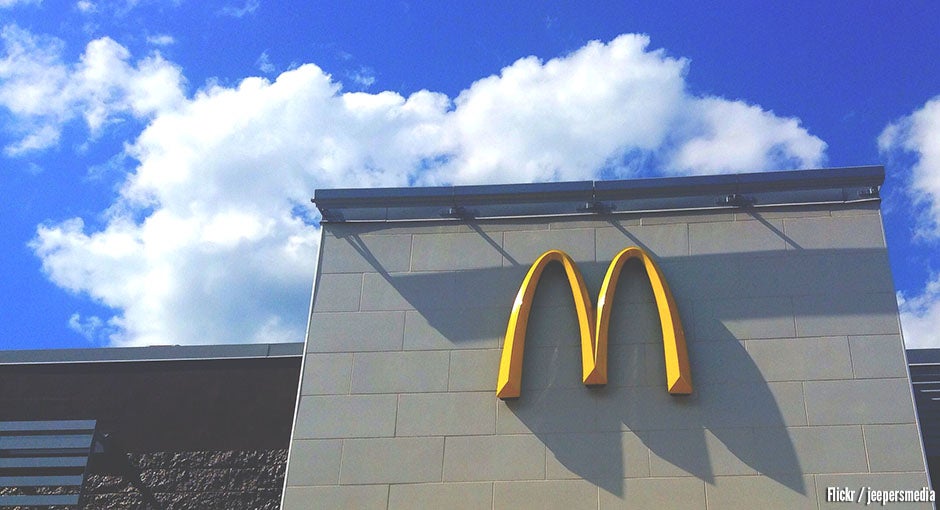 Raising the minimum wage in the United States is one of the most frequently and constantly debated issues. Companies like McDonald's rely on low wage workers to make up the bulk of their workforce. If they were forced to raise the wages of their workers, they would probably turn to other means like automation to handle the strain. McDonald's new kiosks represent an experiment in how using less labor and more technology would work.

McDonald's has begun introducing kiosks throughout its U.S. locations. These kiosks are likely a glimpse into the future as major food chains have been complaining about increased costs and the threat of a higher minimum wage. Initially the kiosks will not be used in place of employees. As time goes on, though, and more people begin to use them, it seems likely that a reduction in the headcount would occur. Automation tends to mean less workers are needed, wherever the technology is implemented.

What's at Stake for McDonald's

Because of the large number of workers at McDonald's, changes to hourly rates for workers has a profound impact. In fact, with over 880,000 employees working in their franchises, the cost of raising the minimum wage to $15 would be $8 billion annually. That's a big hit for any company, and one they're obviously preparing for. Installing kiosks represent a one-time investment in equipment, followed by a decline in headcount over time.

How It May All Play Out

It seems likely that customers would be come comfortable (and even proficient) with using the kiosks to order. Early adopters will start using the machines to avoid being caught in the crowd. As they get used to it, it's likely others will follow. As more order this way, the need for workers will decline. McDonald's is a major multinational corporation so their use of Business Process Management System (BPMS) and workflow software will quickly turn up patterns that will help turn franchises eking out small profits into much more profitable ones as payroll is slashed. If the kiosks don't end up taking a majority of the orders, they will still be useful for improving service. Improved service may have the effect of increasing revenues and earnings, which could help pay for the costs of the kiosks. McDonald's has had these kiosks running in Europe for several years and the tangible effects have not been overly overt.

McDonald's has long been a leader in improving business processes. Many of their innovations are now standard practices in the food industry. McDonald's has gone on the record saying the kiosks are not designed to reduce their workforce. It seems reasonable to say that the marketplace is going to dictate what happens next. A serious rise in the minimum wage would spur McDonald's to further action. The kiosks are all in place now, so they could cut back on those waiting on customers, which would have the effect of making the kiosks instantly more popular. In the meantime, without increased minimum wage, franchise operators are able to experiment with the “self-serve” concept in a laid-back way. They aren't forcing anyone to use the machines, but they're monitoring all changes to their normal workflow and business processes. The data will help them guide their future policies.

The trend towards automation is one that will not be reversed. The service industry will be impacted in the same way that manufacturing was. As machines become more affordable and more effective, workers are not as useful as they once were. The workers who are left at companies who go heavily into automation are extremely gifted ones who bring real value to the job. If machines are capable of cooking and bagging burgers and taking orders, there will be a massive reduction in headcount over time.