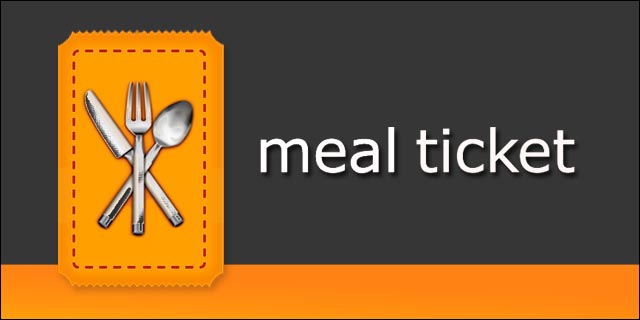 “Faith is taking the first step, even when you don't see the whole staircase.” – Martin Luther King Jr.

The great Martin Luther King Jr.'s words are just as fitting to starting up as anything else.  Dan Henderson, co-founder of Meal Ticket, knows this as well as anyone.  Two years ago, Henderson and fellow co-founder Brian Konrath made the decision to start a business before knowing exactly what they wanted to do:

“We settled on building an easy mobile app.  We looked into the food industry and started off making a consumer facing deals application.  Quickly we were being contacted by many of the bigger food manufacturers, including ConAgra.  Immediately it shifted our way of thinking and Meal Ticket morphed into something bigger.”

After initially building another daily deals application, Henderson quickly found greener pastures in working directly with these larger manufacturers.  According to Henderson, more than 20,000 new food products are introduced each year, and the manufacturers often have no way to get them in the hands of the distributors (mainly restaurants).  “We built a marketplace to let that happen.  The manufacturers have to distribute their new products, and the distributors save money.  The early success has been a pleasant surprise.”

Starting Up in Boise

As one of the featured startups in tonight's Tech Cocktail Boise mixer, Henderson explained the biggest advantages and disadvantages when it comes to operating out of this growing Idahoan tech hub.

“As for advantages, from our perspective there are a lot of food based companies that are either from Boise or have offices here, including ConAgra, J.R. Simplot Company, and Albertsons.”  Henderson continued, “On the other side, I think the biggest disadvantage is the overall perception.  A lot of people still see Boise as being a small town.  It's really not.  There's a really big tech community here, and a lot of people still don't realize that.”