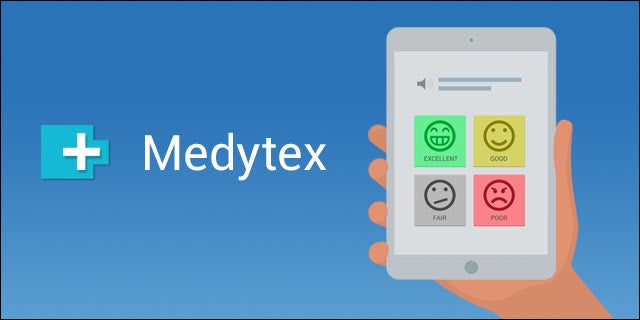 Saurabh Tyagi founded Medytex with the express goal of improving healthcare via a patient’s feedback. It’s not just any kind of feedback, like a Yelp review might have, but rather a platform where patients can communicate with their providers directly and privately about the quality of care.

The initial edge that Medytex has over other competitors is the fact that healthcare providers don’t have to wait months to get a patient’s feedback. Tyagi’s platform doesn’t just collect feedback either, the Medytex team analyzes the results and generates reports for providers.

These differentiating factors are crucial in the healthcare market, which is saturated with ideas, people, and companies. Tyagi is playing on an interesting angle though because healthcare is also in dire need of some technological reform.

Medytex results are categorized in terms of a patient’s age, gender, and language as the platform isn’t built or limited to only English speaking patients. The team has added support for multiple languages and even audio for patients with visual disabilities.

“We understand that patients want to help improve health care, yet not everybody has time to fill out long surveys, so we have designed our surveys to be short yet effective,” says Tyagi. “Our system is available to providers at a fraction of the cost of what other systems charge because we want to bring healthcare costs down. We also eliminate the need for paper.”

Based out of Fargo, North Dakota, Tyagi had the idea to start the platform after he won Startup Weekend Fargo in 2013. Talk about a major pivot through: when they first built the platform it was a restaurant survey app.

“Upon doing market research and hearing suggestions from doctors and health care providers, we decided to bring the same system to the world of healthcare,” says Tyagi.

Surprisingly, the pivot wasn’t the most difficult part of getting started up. Perhaps Tyagi’s biggest challenge was the fact that he’s not affiliated with the healthcare field at all. They also had a team-wide change that slowed them down at the beginning.

According to Tyagi, patient feedback isn’t an important part of the healthcare process right now. The introduction of the Affordable Care Act however mandates that health care providers must implement an e-patient feedback system.

In other words, Medytex is well positioned for the future of the healthcare feedback industry. They’ll continue to grow the platform as part of North Dakota State University’s Technology Incubator as they put the finishing touches on their final platform and look for seed funding.