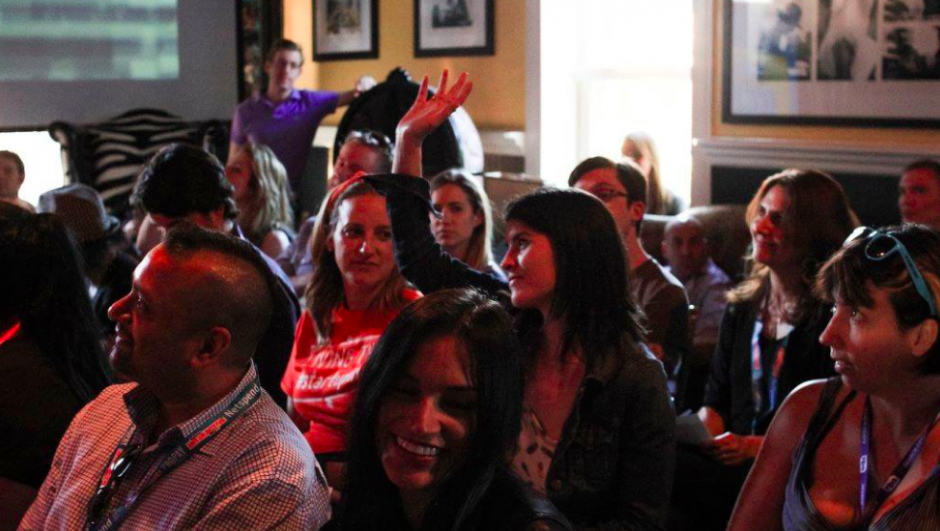 There are plenty of famous judges out there, from Ginsburg and Judy to Reinhold and Dredd. With their decision making process constantly under scrutiny, these brave individuals make the hard calls in the name of justice. But when it comes to pitch competitions, we need investors, ecosystem builders, and industry leaders to take up the mantel to judge startups on their market viability, their innovative products, and their entrepreneurial team. Fortunately, we've put together a dream team for SXSW Startup Night.

That's right, this veritable who's-who of industry leaders, angel investors, and inspiring entrepreneurs will be judging the 25 startups competing for cash prizes, business resources, and bragging rights at this special SXSW event. If you want to get to know the judges for SXSW Startup Night, check them out below and start getting excited!

Also, if you're interested in meeting these qualified judges, remember to apply today for your chance to compete in the Startup of the Year competition as one of the Top 100 selected startups at Innovate! and Celebrate in San Francisco this October. Now, let's meet the judges:

Ms. Blackwell is the Innovation Program Executive within NASA’s Office of the Chief Technologist, supporting the agency’s innovation strategy. Ms. Blackwell previously managed her own consulting business helping innovative start-ups succeed. She has served as the Executive Director of Operations at Chrysalis BioTherapeutics Inc. As Director of Strategic Relations for the Houston Technology Center (HTC) at NASA’s Johnson Space Center (JSC), she facilitated local and international partnerships to leverage JSC’s innovative technologies, capabilities, and expertise. Before joining HTC, Ms. Blackwell served as the Director of Strategic Relations for Jacobs, one of the largest contractors for NASA, out of NASA JSC.

Andy Stoll is a serial entrepreneur. At the Ewing Marion Kauffman Foundation, he’s responsible for the implementation and management of the Foundation’s innovation ecosystem development strategy. Stoll also cofounded Seed Here Studio, a social good company specializing in building ecosystems in unexpected places, in addition to six entrepreneur-focused companies, including a startup accelerator, coworking space and a series of ecosystem building organizations. He’s also done projects in collaboration with iconic entrepreneurs including Steve Case, Paul Allen, and Tony Hsieh, among others. 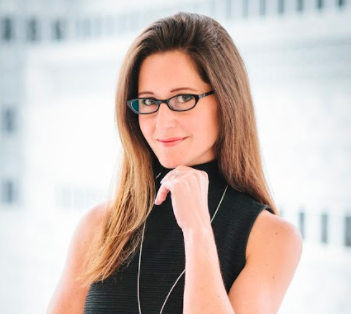 Gabriella Draney Zielke is Cofounder and CEO of Tech Wildcatters, a Forbes Top 10 seed accelerator for b2b startups. With more than 13 years in the entrepreneurial world, she has experience in strategy, fundraising and corporate innovation. She is passionate about helping startups connect the dots and has built a significant network to help her do just this. With a diverse group of mentors, investors and entrepreneurs who are on speed dial, Gabriella is willing to go the extra mile to help up and coming businesses become viable and scalable.

Andre K. Fowlkes is an innovation broker and civic entrepreneur. Serving as President of Start Co. he taps into his experience in financial services and economic and community development to grow and align resources for talent development and economic growth. With over a decade of portfolio management in capital markets, Andre previously served in roles at Fisher Investments in San Francisco and as a relationship manager through an agency of Guardian Life Insurance in New York City.

Globally sought-after speaker, media darling, and mother Felecia Hatcher is a White House award Winning entrepreneur, Co-Founder of Code Fever  and Author of the books “How to Start a Business on a Ramen Noodle Budget” “Focused”  PopPreneurs and “The C Student’s Guide to Scholarships-A Creative Guide to finding scholarships when your grades suck and your parents are broke.” She is also the rather awesome former Chief Popsicle at Feverish Pops, a gourmet popsicle boutique and manufacturing brand with a Fortune 500 client roster that would make your head spin that she ran for 7 years. 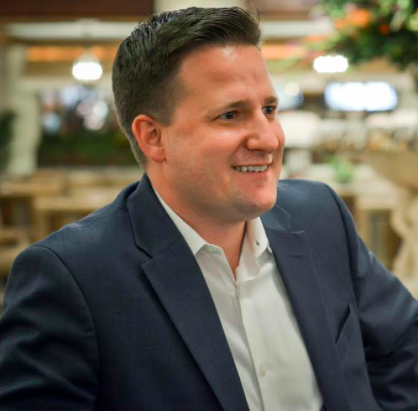 Eric Mathews is a champion for community & entrepreneurial change.  Beginning in 2006, he began creating entrepreneurial ecosystem components in Memphis, Tennessee.  In 2008, Eric founded Start Co., the region's venture development organization where he serves as CEO.  Start Co. supports entrepreneurs at the earliest stages of starting up from raw idea through to seed and venture capital.  It includes co-working, technical assistance, investment capital, acceleration, and resource cultivation for an inclusive entrepreneurial ecosystem. 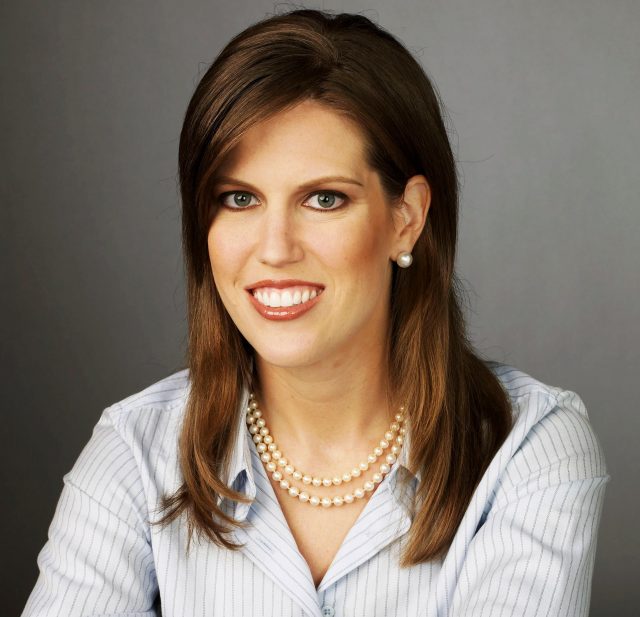 Ashley Bowling makes things run smoothly by aligning people with priorities, optimizing workflow, and transforming vision into reality.  Her experience is a dynamic blend of strategy and operations.  She is nothing if not analytical, so she enjoys evaluating business plans in a couple angel groups.  Ashley has completed a few dozen consulting engagements and served her corporate time at Morgan Stanley, MetLife, SunTrust, and Ernst & Young.  She earned two business degrees: bachelor's at Emory and master's at Harvard.  She joined NGVP while living in NYC and recently moved to the live music capital because paddle boarding at lunch sounded cool. 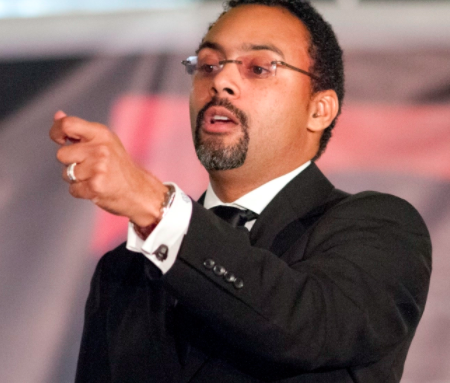 Rodney Sampson is a veteran technology entrepreneur (with 4 startups and 2 exits), angel investor, venture partner, and author of four books. Sampson is passionate about reducing our nation’s racial wealth gap by advancing the cause of innovation, entrepreneurship and investment as a way of life for all. To advance this definitive cause, Sampson cofounded Kingonomics in 2013. Through a series of large scale conferences, Kingonomics quickly became the nation’s leading advocacy and learning platform for innovative capital formation and wealth creation for people of color. 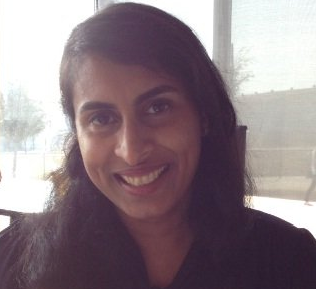 Emma Vas is an experienced brand and digital marketer who delights in generating revenue for companies by engaging prospects and customers with relevant brand content and experiences, both digitally and offline.  Emma has a passion for driving leads, pipeline, and marketing ROI through investment in effective digital, online and offline lead generation vehicles, lead nurture programs, customer conversations, sales engagement and data analysis, all while elevating a company's brand. 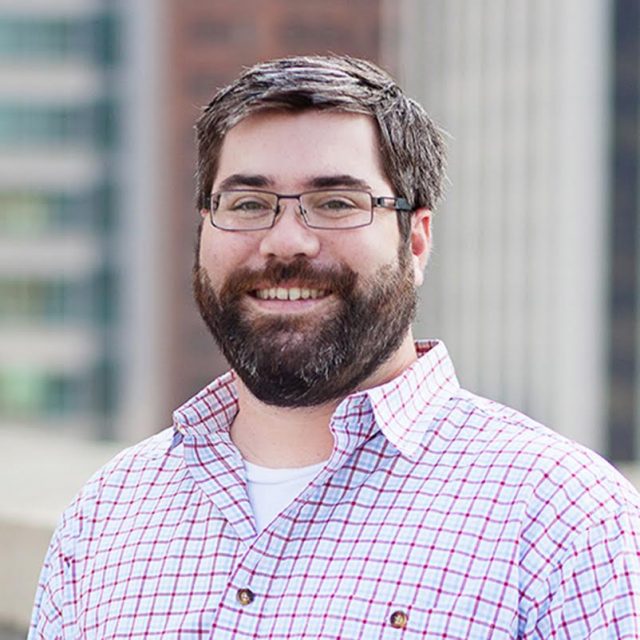 Jon Spinney is the cofounder & CEO of Malartu Funds, the first data-driven venture platform to combine metric tracking and reporting with syndicate led investments. Malartu Funds helps entrepreneurs aggregate and visualize their performance metrics, create reports, and raise capital. Jon has leveraged his background in commercial real estate, entrepreneurial finance and economics to become a recognized expert in early stage capital formation. He is an advocate for transparency and actionable data in early stage investment. 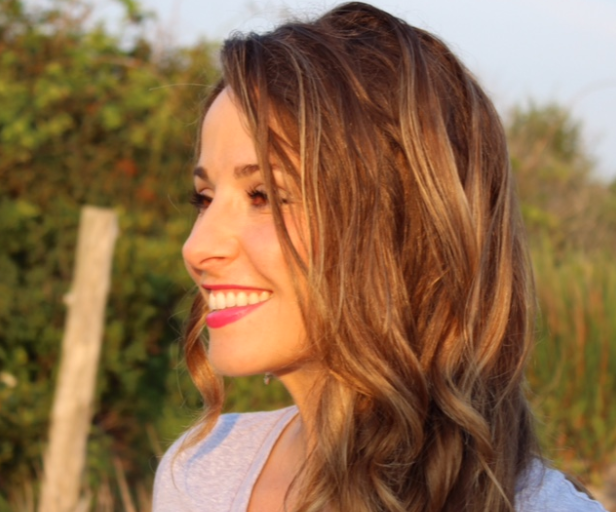 Lara Jeremko is a Los Angeles-based investor and advisor for startups and venture capital funds. She is currently a strategic advisor at Techstars, the leading global accelerator network for entrepreneurs. She is currently building Techstars’ strategy on Human-Computer Interaction including VR/AR, wearables, and human performance tech. Previously, Lara managed a $1.5 billion venture capital fund portfolio at UTIMCO, the investment firm overseeing $35 billion of University of Texas System endowment assets. 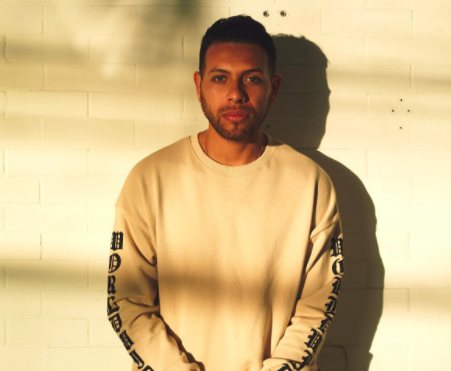 Gerard Adams, widely known as the “Millennial Mentor,” is a thought leader, serial entrepreneur, angel investor and philanthropist. Adams is the cofounder of Elite Daily, the top news platform for Generation Y and the founder of Fownders, a social entrepreneurship start-up accelerator. He is the winner of Magic Johnson’s 32 Under 32 Award and was listed by Business Insider among the top-100 Most Influential People in Silicon Alley. Featured in a wide range of notable publications, Adams overcame early adversity to become a self-made millionaire by the age of 24.

Christina Bechhold is a Principal at Samsung NEXT Ventures, based in New York, focused on early stage investments in software and services, particularly in mobility, IoT and fintech. She is the Cofounder of Empire Angels, a regular contributor for the Wall Street Journal on startups and small business, a columnist for Inc.com, a mentor at The Brandery and Venture for America and a member of VFA’s Rise Committee focused on increasing diversity in entrepreneurship. She was also recognized by the New York Journal as a 2016 Woman of Influence. 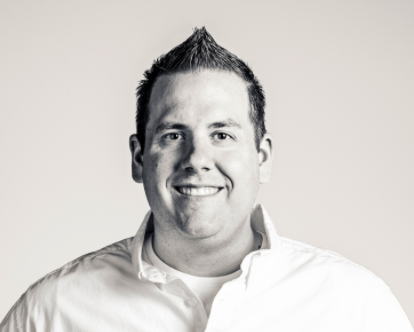 Jake is the founder of OneFire, an innovation agency located in Peoria, Illinois. He built the company into a team of over 30 talented ideators who partnered with corporations like Caterpillar, Maui Jim, Rheem, UI Labs and countless others to provide strategy, production, and delivery of innovative experiences – all while maintaining a focus on culture and values; making OneFire one of the region’s fastest growing companies. He also cofounded Startup Peoria, an organization dedicated to providing local entrepreneurs with the tools and resources they need. 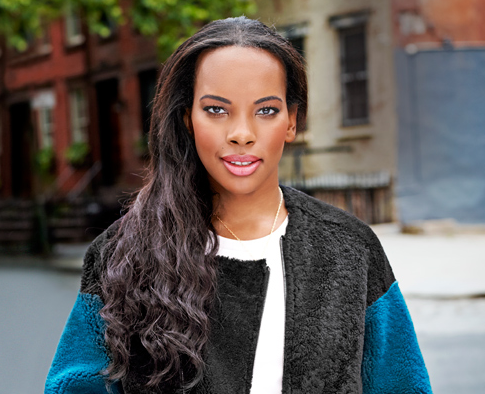 Sarah Kunst is founder and CEO of Proday.co. Kunst an investor and entrepreneur who has worked at Apple, Red Bull, Chanel, Mohr Davidow Ventures and several venture backed startups. She is also a contributing editor at Marie Claire Magazine and hosted a podcast for Forbes. Her philanthropic interests include Venture for America and The US State Department's Tech Women program. Kunst has been named a Forbes Magazine 30 under 30 and named a top 25 innovator in tech by Cool Hunting.

Mick Liubinskas is a high energy, technology entrepreneur, investor and industry leader. In the past 18 years he has co-founded 12 technology startup companies, including starting Pollenizer with Phil Morle.  His most successful companies are Wooboard which sold to Reffind, Oomph which is leading the world in iPad publishing and Spreets which sold to Spreets for ~$40m in 13 months. Mick has recently joined Telstra to help them launch muru-D technology accelerator. 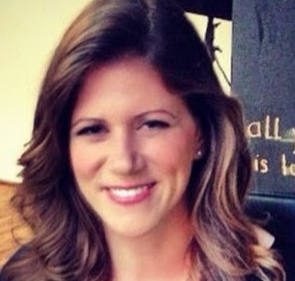 Lauren is passionate about building products that solve real-world problems and that people actually use. As Director of Pivotal Labs in Washington DC, she helps federal agencies, Fortune 500 organizations, and startups transform the way they build software. Recent clients include the EPA, IRS, Department of Homeland Security, Lockheed Martin, and NBC Universal. 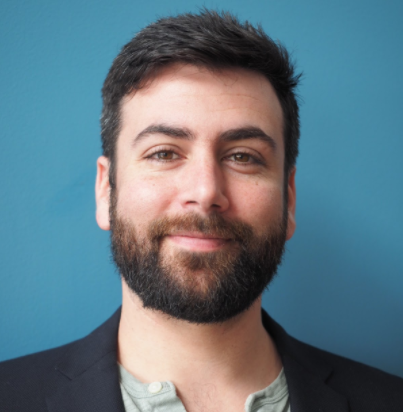 Ilan Cohen is Indiegogo's senior manager of hardware outreach. He is a key player in building Indiegogo's hardware category and focuses on helping companies and entrepreneurs launch great campaigns. He is passionate about making entrepreneurship more accessible democratizing access to capital. 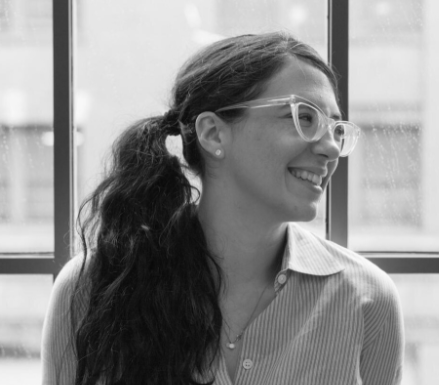 Jana Trantow is an investor and entrepreneur. Jana was in the top 5% of a Fortune 40 company by the age of 25 and decided to make the jump to building consumer technology products and companies. Jana has co-founded two companies herself and is now on a Principal at BlueRun Ventures and continues to advise and mentor early stage entrepreneurs. 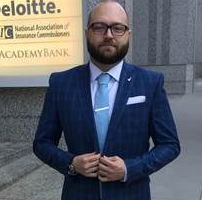 Drew Solomon is the Senior Vice President of Business Development for the EDC of Kansas City, Mo. He has a professional background in Investment Fund Management, Economic and Real Estate Development, and Technology. Mr. Solomon holds undergraduate and graduate degrees in Economics, Business and Public Administration and is a graduate of the University of Missouri System. Mr. Solomon also serves as the founder and Competition Chairman for the LaunchKC Grant Competition and Techweek Kansas City.