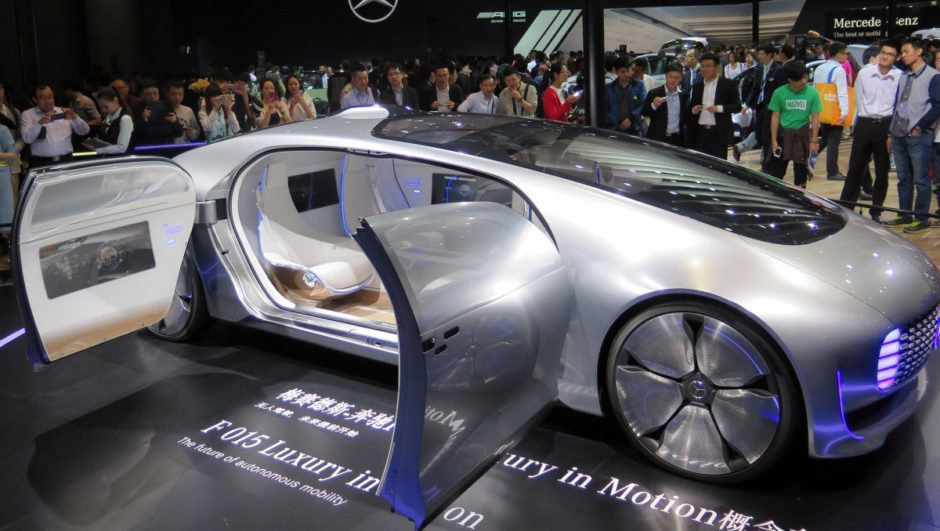 When self-driving cars made waves several years ago, they seemed like a very far off type of fantasy.  Well, companies like Tesla and Mercedes, BMW and others have made quantum jumps in technology and safety towards the end goal of an autonomous vehicle.

Of course, we have all heard about the unfortunate accident that happened in a Tesla, which was the first recorded death in a vehicle of that kind. Tesla and Elon Musk have long been tickling our fancies about what it would mean to have that much more free time during your daily commute or road trip. Sadly a DVD player was found in the deceased's vehicle and a truck driver says he saw Harry Potter playing on the screen right before the accident.

It should not be shocking to anyone that something like that would happen eventually.  When Tesla branded the technology “Auto Pilot” it had certain connotations, and unfortunately even though they say that the vehicle must have the driver maintain two hands on the wheel, the driver apparently did not. So… what are we to do as technology fans? Do we wait on a greater tech to come out with improved autonomous features and become later adopters, or do we leap fearlessly into the changing tech and believe and use the tech as it is intended. Not everyone is excited about autonomous cars as evidenced by this Activistpost piece.

For many commuters, being able to finish up that proposal, or tie their tie, or chat with their kid on the way to school (scenarios where they are not totally fixated on the oncoming traffic) are very alluring prospects. I asked a long time Mercedes Benz Owner Joe Mosier from Adsit about what he thought about the changing technology in cars and how the autonomous cars will fair against the purists who like the driving experience. He had this to say:

“There will always be people who want to be first into technologies. They will want to test things out and be the first ones to say that they had it. There are others that will reject it until it cannot be ignored anymore. And there are those in between that pay no mind to it, until they see a distinct benefit to their daily lives. That benefit might be sleeping in a few extra minutes, doing makeup, or finishing that paper on the way to school, or work. Whatever it is, people need personal reasons for making a change on something as big as giving control up behind the wheel. We cater to many classic car personalities and those people often like to “feel the road” so to speak, so those purists will be extremely late adopters.”

The Mercedes F 015 which is purported to be the highest level of luxury and technology in a self-driving car sure seems to be the most functional use of space and an incredible interpretation of what the future mobile work space will look like. In these cars, you could certainly hold conferences in them, with internet connectivity and have the meeting be in the car and then when you get to the restaurant or whatever venue you are going to, you will have that much more time to connect with the client or vendor, or to socialize.

Of all the autonomous vehicles I have looked into, this one to me is the most aesthetically pleasing and looks to be the most fun to drive.

Digital Marketing Enthusiast. Fitness Nut. Father, Husband. I have two young sons and its kind of crazy in our house sometimes so we call it THE DUDELIFE. If you want to work with me you can get ahold of me at MasterMind.