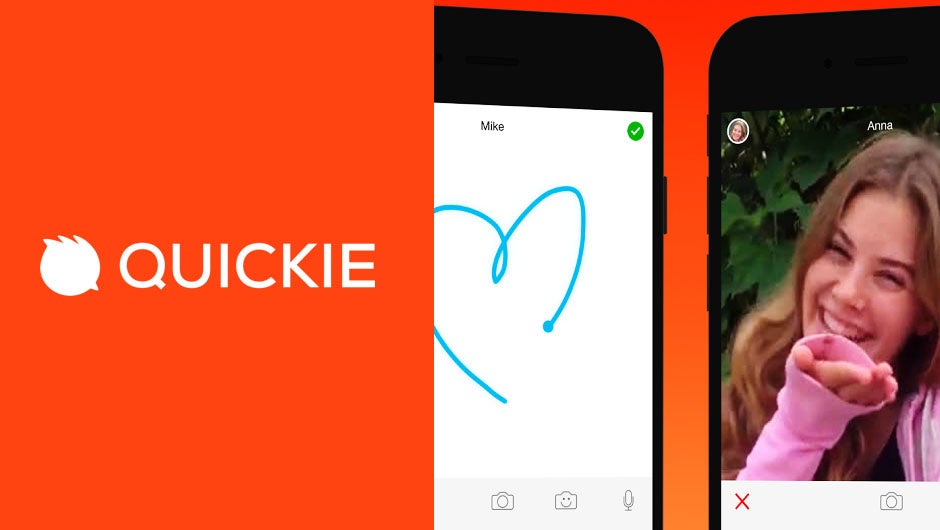 QUICKIE is a live messaging app, dubbed as “an app for the next generation”. And, just like it happens in real life, on QUICKIE conversations are gone after they reach their destination. The app offers several ways of communicating, going from the simple short messages, to GIFs taken with the phone’s camera, voice messages, and even drawings. It is really easy to use, like I showed in a previous article about the app.

Just recently, the developers of this app took a step forward and launched a new update, one that makes QUICKIE stronger next to its competition implements a new and important feature: support for video messages. Just like the app in general, this new feature is very easy to utilize: users just need to press and hold the camera or selfie icon and that is it, the video gets recorded and sent. Keeping in line with the app's functioning, after the receiver watches the video, it will be deleted for good.

But this is not the only novelty of this latest update, as the possibility of sending messages to more than one contact at once has also been included. This is a feature that was lacking in QUICKIE's former version and was, obviously, a downside of it, as this feature is very useful to arrange meetings or make plans with friends, and something found in most similar messaging apps.

The third novelty that deserves note is the inclusion of stickers as a new way of communication. Much like what happens on Facebook, specifically in the chat/Messenger and comments, QUICKIE users will now be able to send little images expressing feelings or emotions to each other.

For the moment, QUICKIE is available for iOS and Android, but the team behind the app is working hard to develop versions for Apple Watch and Android Wear, so we should hear something new from QUICKIE in the near future.