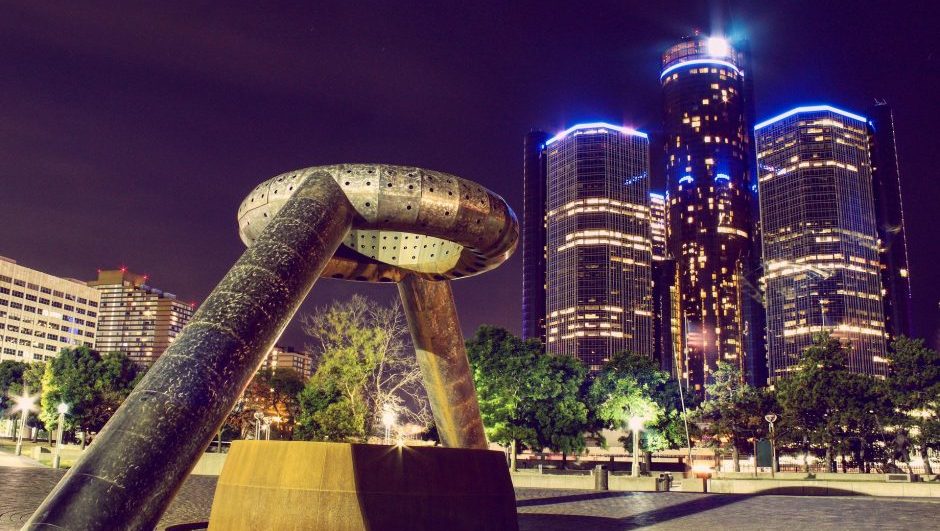 After working on this for months, M25 finally released our first official ranking of the top startup cities in the Midwest. After making the announcement and releasing the rankings publicly last week, I figured it would only be prudent to add some color from someone who's stared at the data longer than most.

Here are my 5 takeaways from Midwest Startups Cities: Best of the Midwest.

Possibly the biggest surprise in my opinion was how the state of Ohio put 3 of its own in the top-10. With Cincinnati (#5), Cleveland (#6), and Columbus (#7), it's clear as day that something is going right in the Buckeye State. Not only are we seeing Ohio cities dominating the top 10, but they have a clear next tier of smaller cities in Dayton (#21), Akron (#26), and Athens (#30) that would each be jockeying for the top spot in other states on our map.

Only 2 out of the 14 states in ‘our Midwest' failed to score in the top-25, Iowa and South Dakota. If I'm Iowa though, I think this stings just a bit more as I look and see Des Moines (#27), Iowa City (#28) and Ames (#34) all going in the top-35. We've met a lot of great folks doing exciting things in our time in Iowa, and won't be surprised at all if we see 1 or 2 of these cities slip into the top-25 this time next year. As if startup folk needed any more motivation… here you go. 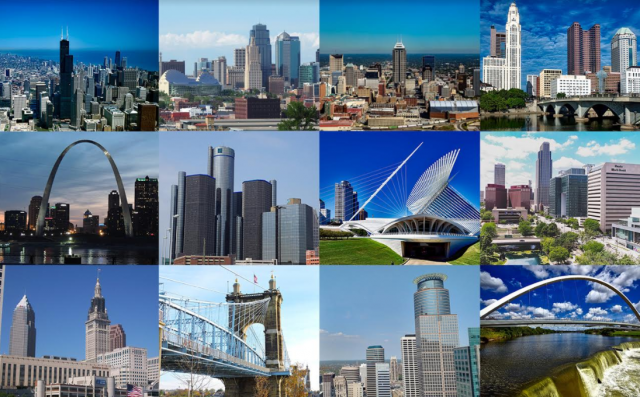 Sure, college dropouts still can and frequently do make for great founders, but looking at cities and ecosystems – it's clear that having a top research university has a huge impact. Fort Wayne, IN (#29) is larger than Lafayette (#20), but Purdue University pushes Lafayette far ahead with it's boosts to startup activity and access to resources. Similarly you see the edge Champaign-Urbana, IL (#16) over Peoria (#45), and even Ann Arbor, MI (#11) over Detroit (#13). We're not done with Detroit in this piece just yet though.

If you're looking for a solid state to build a business, it's hard to ignore the way Indiana showed up in these rankings. With Indianapolis (#8) securing a spot in the top 10 and Lafayette (#20), South Bend (#23), and Bloomington (#24) all ranking in the top 25, the Crossroads of America are starting to look like a safe place for new businesses to land and grow. All 6 Indiana cities in our rankings placed in the top-11 for the Economics & Demographics category – which included variables touching on labor costs, cost of living, total population, and GDP (per capita).

I told you we'd be coming back to the Motor City, and here we are. While some rankings include Ann Arbor as a suburb of Detroit, we decided not to. With a 45 minute to 1 hour commute and so much going on in Ann Arbor on it's own, we determined they should be scored as two separate cities. We could see Detroit breaking out quickly with all the revitalization efforts going on, and a first-class accelerator program in Techstars Mobility planted there. If we had included Ann Arbor in Detroit's calculation, though, they would have cleared the top 5 at #4 overall. And who knows – with efforts being made by the Southeast Michigan Regional Transit Authority to implement a commuter rail system in the next 5 years – at some point we may have to.

Passionate entrepreneur and investor - today I spend most of my time investing in startups as a part of M25, but occasionally you’ll find me rooting for Chicago sports, hunting down some great sushi, or making wine with my dad.