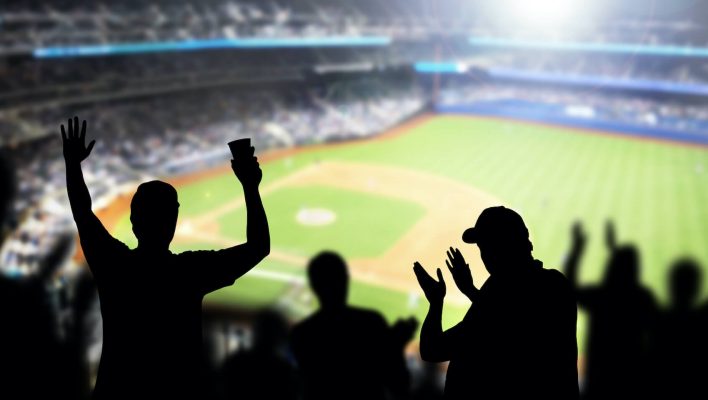 The world just keeps getting weirder amid the global pandemic, as the MLB announced that fans will soon be able to remotely cheer, jeer, and boo their favorite teams via the accompanying app.

With coronavirus cancelling fan-attended sporting events for the foreseeable future, sports leagues around the world have done what they can to keep the games as normal as possible. From cardboard cutouts to video game audio, the attempts to make sports fun again have been nothing if not uniquely innovative.

Now, the MLB is attempting to use technology to really engage their fan base, and who knows how it's going to work out in real time.

Earlier this week, the MLB announced that the MLB app would feature an interactive fan experience designed to allow fans to engage with the game as if they were actually there. With dedicated “cheer,” “clap,” and ” boo” buttons, the app data will be used in real-time to inform the audio being pumped into the game.

New innovation from Major League Baseball will allow fans to cheer or boo in their app, ballpark staff can then match that up with the volume in the stadium. pic.twitter.com/YxqKTR7lYt

To clarify, fans will not be remotely adding their own cheers and jeers to the audio at ballparks. Rather, the games will have audio from MLB The Show, a popular baseball video game, pumped into the stadium based on the metrics associated with each teams' fan participation on the app. The app will also track the percentage of fans from each team in “attendance,” as well as real time fan reactions.

Whether you're an avid baseball follower or a first-time fan, it's easy to see how this kind of feature could get out of hand fast. After all, trolls have become an all-too-common occurrence online, and a mobile app that allows you to boo in real-time on national television is likely too good for many of them to pass up. Fortunately, the MLB was thinking ahead on this one.

“We actually aren't supplying the boo sounds at all, so it solves a problem there,” said Chris Marinak, executive vice president of strategy, technology and innovation for MLB to ESPN. “We're only supplying the teams with background noise, different types of cheering and anticipation sounds, but there is no actual booing that we're providing. In the event that there is a lot of booing [in the app], it would just be ratcheted down to be very quiet.”

This strategy might not be true to form as far as gameplay is concerned, because if you've ever been to a game, you know there is plenty of booing. However, it's definitely a sound strategy as far as trolls are concerned, particularly when you consider the outrageous lengths by which some trolls have gone to negatively impact this new way of watching sports.

Technology: the Future of Sports

The sports industry, particularly baseball, has been surprisingly resistant to technological involvement over the years. In fact, the MLB didn't start using instant replay reviews in games until 2008, which is pretty slow adoption rate considering the tech has been around for approximately half a century.

However, with the global pandemic substantially disrupting sports as we know it, even the strictest of baseball fans are beginning to accept that technology is one of the only ways in which we can move forward. And in earnest, it's about time.

“This coronavirus crisis is an opportunity for innovation,” says Pete Giorgio, a sports practice leader at the consulting firm Deloitte to Wired. “A lot of things that teams are doing right now that feel short term will become long term. People will be asking, ‘Why didn’t we do this 10 years ago?’”

Simply put, this technology-driven move by the MLB to get fans involved is not going to be the last change you see to your favorite sports events. Even if the pandemic magically disappears in the next few months, these changes are here to stay, and it could be the avenue to younger fans that they've been after for years.