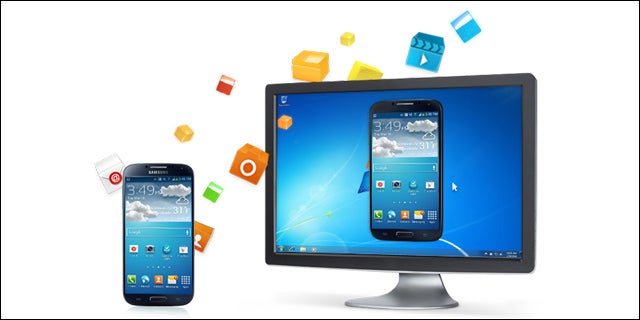 This past Wednesday, Mobizen exited a successful beta testing phase and officially launched. Developed by Rsupport, Mobizen is an Android app that syncs a fully functional mirror image rendition of your Android device with your PC screen.

The team at Mobizen thinks that it’s no longer a luxury to check in with your smart phone during the workday. Rather, today’s hyper-alert digital age demands constant awareness of developing news plus text, tweet, and various social media communications.

“Switching between your smartphone and your PC is not just time consuming, but it often sends the wrong impression to clients, colleagues, and superiors,” says Matthew Choy, Managing Director of Rsupport’s US office. “All individuals [want] to stay connected to their smartphones, whether they are in a meeting, working at their desk, or any remote location.”

This conflict of interests, so to speak, is the main inspiration behind Rsupport’s development of Mobizen. And during their beta testing Mobizen had 500,000 users around the world install and use the platform to solve this issue in their lives.

Android users with Mobizen can PC-access and respond to smartphone notifications and transfer files to and from their computers without having to physically check their phones. The platform has seen a good deal of early-adopter success, but Choy and the rest of the team with Mobizen is looking to scale the company now that they’re out of beta.