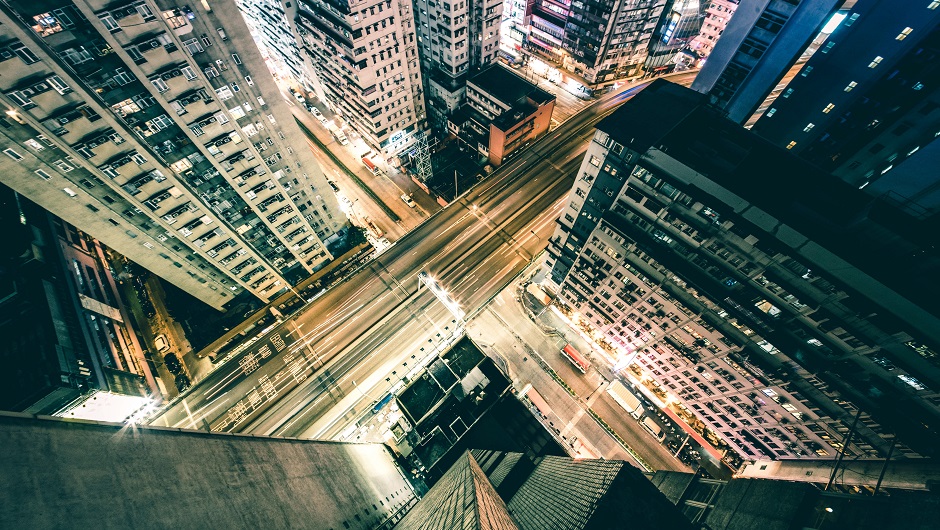 Which states and metro areas experienced the greatest upward movement in startup activity in 2016? How changed the most from last year? What's the rate of new entrepreneurs in each state?

These questions are the focus of the Kaufman Foundation's latest study, which released its results today. The foundation uses nationally representative sample sizes of more than a half million observations annually, so you could say it's kind of a big deal. Here's a breakdown of the new information:

Startup Activity Is Up Overall

In 2016, startup activity got another boost for the second year, up from 2014, which marked the lowest point in startup activity for several decades. Now, activity is almost up to the point before its recession-fueled drop.

Here are a few exact numbers. 30 states experienced “higher aggregate levels of new business activity when compared to the previous year.” The study split the 50 states by population into the largest 25 and the smallest 25, in order to draw out the influence of larger or smaller populations on the data. This revealed that the larger states are experiencing more growth: Just five of them contracted activity in 2016, while 11 of the smaller states did so.

Take a look at this heart-warming chart for a snapshot of how quickly startup activity has recovered since 2014: 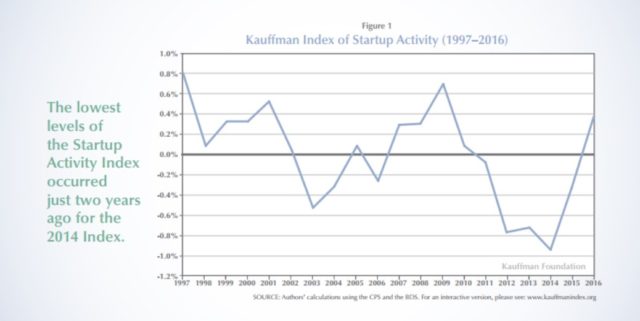 The Most Active States

Among the largest 25 states, the top active ones in the startup community were Texas, Florida, California, New York, and Colorado. Among the 25 smallest, Montana, Nevada, Wyoming, Oklahoma, and Alaska brought home the prize for startup activity.

Kaufman checked up on another factor: Which states jumped the most in ranking, indicating the strongest inertia towards startup success, even if the numbers behind the actual activity itself remained below the states listed above. Among larger states,  New Jersey, Michigan, and Minnesota shifted rank the fastest, and among smaller states, Oregon, Oklahoma, and North Dakota did so.

You'll notice that Oklahoma made it into the top lists for both climbing the ranking quickly and for actually reaching the top of the rank this year. Pat yourself on the back, Oklahoma.

Female Entrepreneurs Account for Some of the Upward Numbers

Women in the startup community are on the rise, and that's in both the typical tech communities and the lesser-known ones. Says the study:

“A principal driver of this year’s uptick is the growth of opportunity entrepreneurship, accompanied by an increase in the rate of new entrepreneurs among women. […] High-performing metros include perennial favorites like Austin and San Francisco, as well as some less-highlighted places, such as Los Angeles and Houston.”

While the rate of new entrepreneurs didn't have an overall trends, it's still an interesting breakdown. The low end was represented by Pennsylvania, whose rate of 0.18 percent translates to 180 out of every 100,000 adults becoming entrepreneurs per month. Among the larger states, Texas, California, Florida, and New York ranked the best in this metric, with both Texas and California sharing the top percentage, at 0.39 percent. Montana, Alaska, Oklahoma, Wyoming, and Nevada did the best among the smaller states.

Once again, Oklahoma shows on in the top five. Maybe this is a sign of Oklahoma's stellar future growth. Perhaps now,  more people will know the state for startup activity than for that one musical.