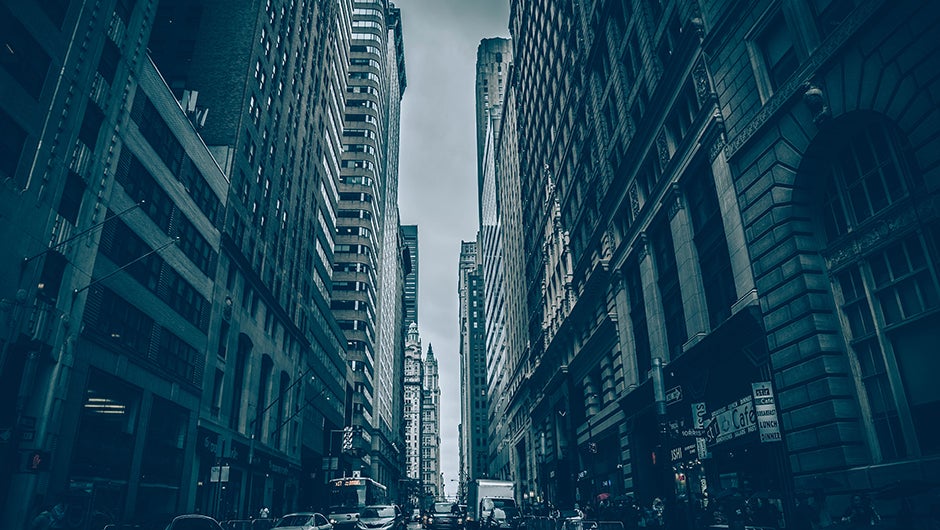 It's been suggested that in order for people to succeed at certain jobs, they need to have the right kind of personality type for whatever career they choose for themselves. Indeed, there are companies like Good.Co who believe that the personality of a prospective employee must fit the greater personality of the company for whom they'd like to work; when it comes down to it, it becomes a matter of culture fit. It seems, too, however, that personality may also determine how successful and how happy a person may be in their careers down the road.

The Myers-Briggs Type Indicator (MBTI) personality test is a widely used test to discover the ways through which certain people perceive or act in the world around us. Through the test, one is able to discover if their psychological preferences lean towards extroversion or introversion; sensing or intuition; thinking or feeling; and judgment or perception. Previously used by career coaches and advisers to help determine in which field a person may most likely fit, the MBTI test can – it seems – help determine whether that same person will find satisfaction or success in their job in the long-term.

ENTJs and ESTJs Earn Much More Than Other Personality Types 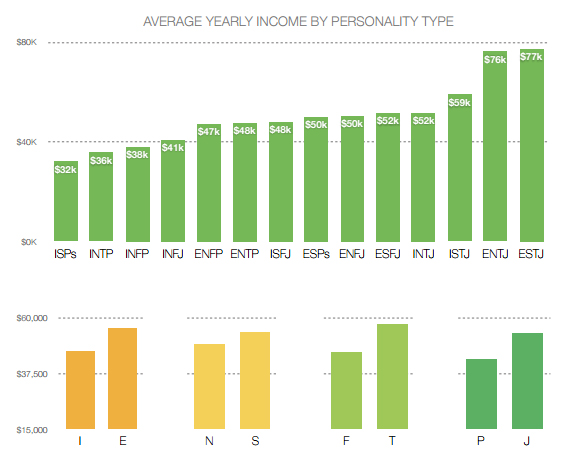 The results from Truity's assessment are surprising. According to the surveys, those with Myers-Briggs personalities that are either ENTJ or ESTJ are more likely to be earning a higher income than others – and by a sizable difference. ESTJ and ENTJ survey respondents had average salaries of $77,000 and $76,000 respectively, while those with ISFP and ISTP personalities averaged a $32,000 annual salary.

ESFJs, ESFPs, and ENFJs are More Likely to Be Happier at Their Jobs 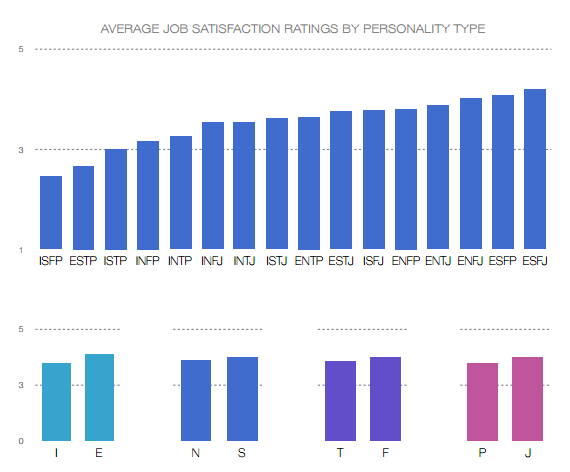 Further, Truity looked at how currently satisfied survey participants were in the their jobs. Again, there's a remarkable difference in the changes between certain personalities. For instance, ESFPs and ESFJs are likely to be more satisfied at their jobs than ISFPs and ESTPs.

The Takeaways from This Study

The research essentially shows that our personalities can actually have a sizable effect on how we operate in our careers. From the data collected by Truity, it seems that those whose psychological preferences lay in thinking and judgment are more likely to be earning a higher income than those who are overall more introverted.

It's particularly helpful for guiding people whose personalities are more likely to be less satisfied in their jobs. If your Myers-Briggs personality type falls on the lower end of the spectrum, that doesn't necessarily mean that you'll always be more unsatisfied at your job than your coworkers; rather, it merely suggests that those on the left side of this chart may need to dedicate more time on figuring whether their personalities are a good match for their chosen careers and the companies for which they hope to work. Meaning: make sure that there's a culture fit between you and the company.

While some people took the Myers-Briggs test through either high school or college psychology or business courses, there are several sites on the Internet where you can take the test for free. I've taken a few different ones in the process of writing this piece, and they're pretty accurate in determining my Myers-Briggs personality (I waver between ENFJ and ENTJ, and all the tests I took resulted in either).

Read Truity's full assessment of Myers-Briggs personalities and its ties to career achievement.