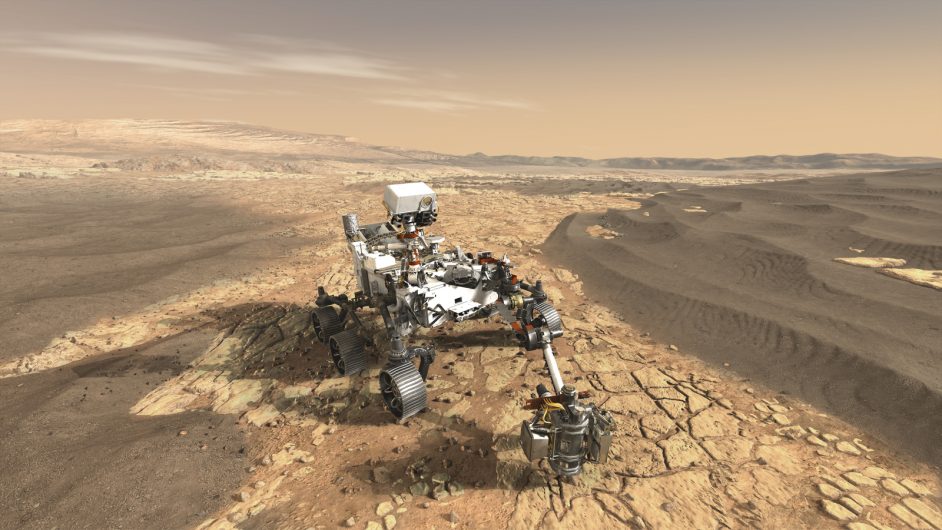 As Little Red Riding Hood entered the bedroom and saw her grandmother she said, “Ah! Grandma, what large eyes you have.” “All the better to see you with, my dear,” said the wolf.

OK, this fairy tale has nothing to do with space, but it came to mind when NASA announced the next evolution of their rover for the NASA Mars 2020 mission that will have more eyes on the red planet than any rover before it, 23 to be exact.

When NASA’s Mars Pathfinder first touched down in 1997, it only had five cameras. The advancement in camera technology has seen a lunar leap, even the latest smartphones can produce higher resolution than past rover cameras.

The cameras will have will have the ability to create sweeping panoramas, reveal obstacles, study the atmosphere, and assist science instruments. In addition, they will be the first to capture its decent onto another planet. There will also be a camera inside the rover to study samples as they are gathered and “left on the surface for collection by a future mission.” 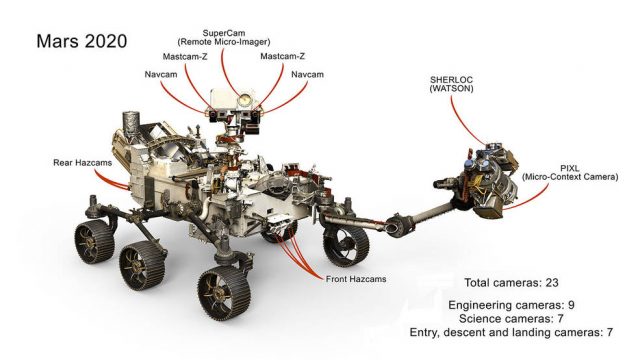 Even the optometrist will be impressed with this rover's eyesight.

“The cameras on 2020 will include more color and 3-D imaging than on Curiosity [rover],” said Jim Bell of Arizona State University, Tempe, principal investigator for 2020's Mastcam-Z.

“Routinely using 3-D images at high resolution could pay off in a big way,” Bell said. “They're useful for both long-range and near-field science targets.”

Previous rover cameras only had the ability to product 1-megapixel images in black and white. Today, the cameras will have the ability to acquire high-resolution, 20-megapixel color images. In comparison, the new iPhone X camera is 12 MP and the front facing is 7 MP.

In addition, the lenses will also have a wider field of view, which means less time panning, snapping pictures, stitching them together and a reduction in motion blur while the rover is on the move. 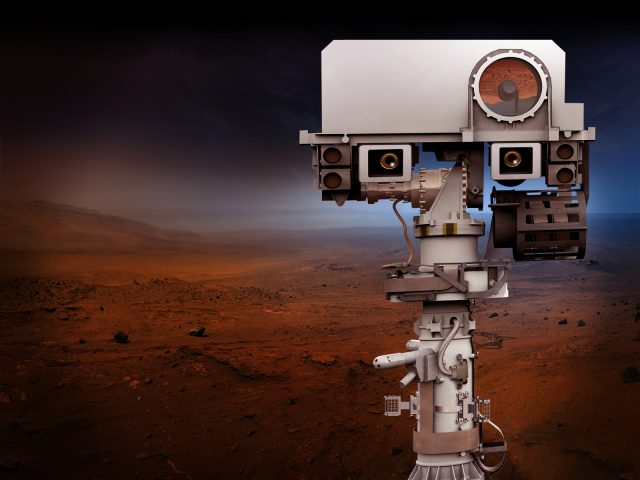 All this upgrading is awesome but what about beaming all that data back to Earth?

“The limiting factor in most imaging systems is the telecommunications link,” Maki said. “Cameras are capable of acquiring much more data than can be sent back to Earth.”

To deal with the upload/download, the rover will have the capabilities on board to compress the data and communicate with orbiting spacecraft to send 3-D imaging, color, and even high-speed video, back to Earth faster.

“We were expecting to do that mission on just tens of megabits each Mars day, or sol,” Bell said. “When we got that first Odyssey overflight, and we had about 100 megabits per sol, we realized it was a whole new ballgame.”

NASA plans to use existing spacecraft already in orbit at Mars, including the Mars Reconnaissance Orbiter, MAVEN, and the European Space Agency’s Trace Gas Orbiter, as relays for the Mars 2020 mission, which will support the cameras during the rover's first two years.

Credit for rover: NASA/JPL-Caltech and NASA