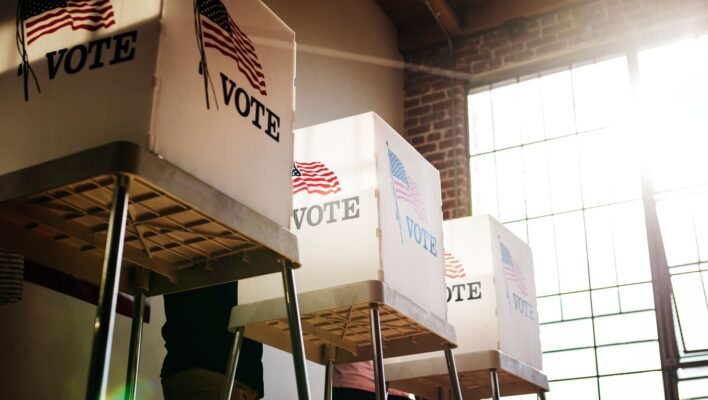 As midterm elections take place across the country today, the National Guard has decided to activate cybersecurity teams in 14 states in an attempt to limit possible political interference.

This is part of a series of actions the government is taking to crack down on politically motivated cyberattacks, the likes which influenced the results of the 2016 leadership race and contributed to the growing state of social polarization across the US.

This deployment, which combines efforts from the National Guard, the Cybersecurity and Infrastructure Security Agency (CISA), and the Department of Homeland Security, is a stark reminder of how international conflicts are currently taking place on the digital frontline. Here's what we know so far.

The National Guard Has Offered Its Services in 14 States

Ahead of today's midterm elections, cybersecurity units from the National Guard are being deployed across the US to counter online threats being directed at election officials' networks.

According to Epoch Times, the National Guard, which is best known for its in-person military operations, has offered 38 cyber units comprising 2,200 personnel members to 14 states. This comes just months after eight US states received backing from the same cyber units during the primary elections.

But the National Guard isn't working alone. The state-based military force will be receiving regular updates from the CISA to give them the best chance possible at quelling the threats, and the Department of Homeland Security is offering its backing too.

“Our goal is to make sure we have as secure elections as possible. We are at the really beginning stages of this,” – head of the Illinois National Guard

States that haven't requested help from the guard will be using their own cybersecurity methods to thwart attacks, but according to Brig. Gen. Gent Welsh, the commander of the Washington Air National Guard, if you don't have a cyber unit in your state “you’re not in a good position to help them protect elections”.

Why Are These Actions Necessary?

In recent years, cybercriminals have been coming up with increasingly advanced ways to interfere with elections. The goals of this interference vary, with some actors aiming to change election results, while others try to undermine trust in wider democratic processes.

One of the most salient examples of this took place during the 2016 presidential elections. According to US intelligence, Russian state actors deliberately spread disinformation through social media accounts and articles to try and hinder Hillary Clinton's chances in the race.

Russian actors aren't denying their involvement either. Just yesterday Russian oligarch and businessman Yevgeny Prigozhin admitted to Russia's role in interfering with elections, claiming that the nation has meddled in US politics before, and will do it again.

“We have interfered (in U.S. elections), we are interfering and we will continue to interfere” – Yevgeny Prigozhin

Today's midterm election marks the official halfway point in Joe Biden's presidency. While they aren't going to determine who will be our next presidential leader, they could impact who will hold power in Congress going forward.

In light of Prigozhin's recent comments, as well as events that have taken place, Russia's interference in today's midterms isn't out of the question. But thankfully, with specialist teams being deployed across the country, it's clear that the National Guard isn't keen on taking any chances.