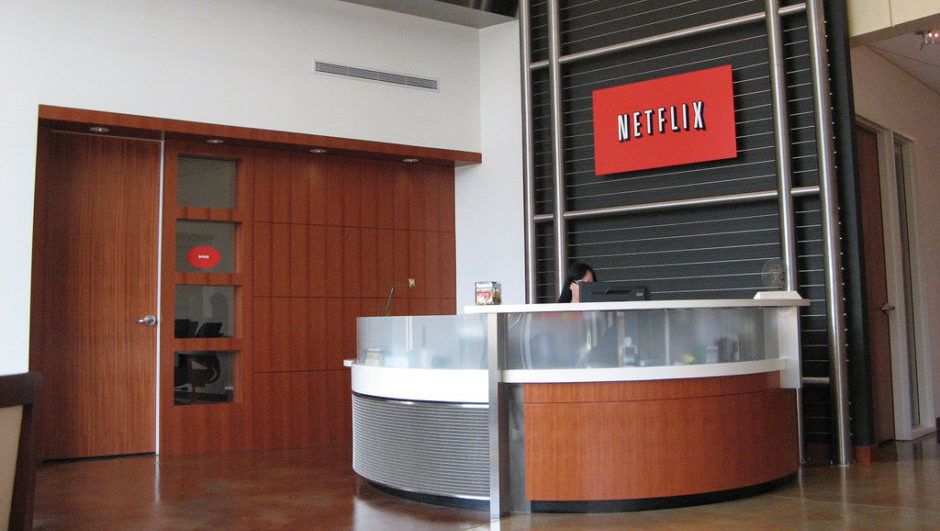 Netflix is notorious for hanging onto their data. They rarely let users, reporters, or even employees know what shows are doing the best in their burgeoning original content production. And while it would be nice to find out which shows are the most popular, Netflix has apparently given us the next best thing: a binge-worthy ranking of show genres.

That's right, Netflix has finally unleashed a tiny bit of data on the world and we could not be more excited. This afternoon, they released analysis focusing on which shows are the most likely to be binged and which shows are most likely to be savored. The range showcased not only the impressive array of popular shows on Netflix, but also the wide selection of genres available on the most popular streaming service in the land.

As far as the data is concerned, it turns out that high energy narratives are the shows typically binged on Netflix. This includes genres like dramatic comedies, science fictions, action and adventures, horrors and thrillers. Original shows like Sense 8, Hemlock Grove, and The Fall boasted some of the most binge-worthy episodes on the entire site.

On the other hand, the data showed that thought-provoking dramas were often savored much longer than their counterparts. This list included genres like superhero, crime, historical and political shows. Original shows like Marvel's Daredevil, House of Cards, and BoJack Horseman were savored more than any other shows in the streaming service's repertoire. 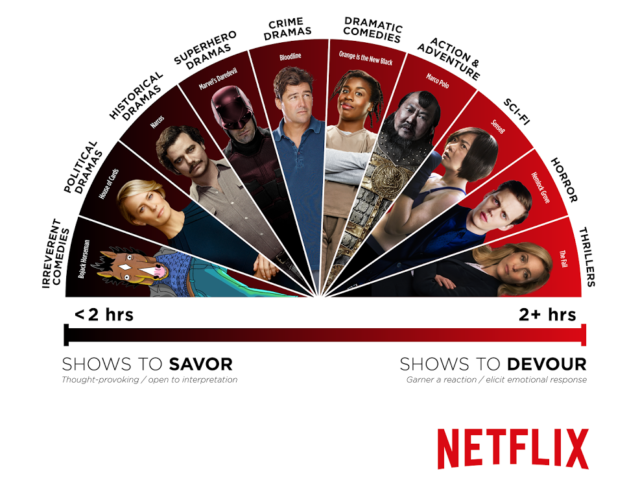 While this data is fairly inconsequential as far as rating go, the notion that Netflix is actually releasing data is the real story here. Not only have they been insistently silent when it comes to the popularity of their shows, they have actively prevented users and stars of their shows from finding out the success of their content. Even Tina Fey, co-creator of The Unbreakable Kimmy Schmidt, has no earthly idea how well the show has done in recent years. And that's the way Netflix likes it.

“We are just a learning machine,” said Reed Hastings, CEO of Netflix. “Every time we put out a new show, we are analyzing it, figuring out what worked and what didn't so we get better next time.”

Will this initial data release lead to further information being available? Does a binge-worthy show ranking translate into a good episode? Will Netflix ever stop asking me if I'm still there when I'm clearly just afraid to go outside? The only person that can answer those questions works at Netflix. And the last thing they are going to do is let you know.