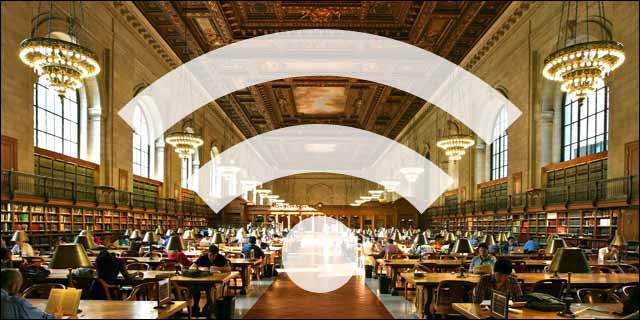 The New York Public Library was one of nineteen projects that was awarded a prize to strengthen the Internet for free expression and innovation. The winning organizations will receive $3.4 million as winners of the Knight News Challenge. The John S. and James L. Knight Foundation made the announcement at the 2014 MIT-Knight Civic Media Conference at the MIT Media Lab.

The winners provide a mix of solutions to promote an open Internet that is free and accessible to all. They address issues from privacy and censorship, to expanding the diversity of the tech workforce, to improving digital access and connecting communities with online content in easier, more useful ways.

In a city where 27 percent of households don’t have access to broadband, the New York Public Library will expand its efforts to bridge the digital divide by allowing the public to borrow portable wifi hotspot devices for up to a year. Through its pilot project launching in September, the project seeks to reach 10,000 households, providing 24/7 quality access to people whose current access to the Internet is limited to 40-minute, once-a-day timeslots, available on a first-come, first-serve basis in one of the library’s 92 branches. Providing continuous access will expand their ability to participate fully in the modern economy and allow them to continue to learn, work, explore, and create after the library’s doors have closed.

“The winning projects strengthen or defend the power of the Internet to inform communities and help innovation thrive; they help build a more inclusive, open Internet that represents diverse voices and ideas,” said Michael Maness, Knight Foundation vice president of journalism and media innovation. “Including prototypes in this round of winners further reinforces the need to build a stronger Internet and quickly test new ideas in this evolving space.”

The Knight News Challenge asked innovators for ideas that strengthen the Internet for freedom of expression and innovation, recognizing its power as an essential resource for creativity, news, economic growth, education, and human interaction.