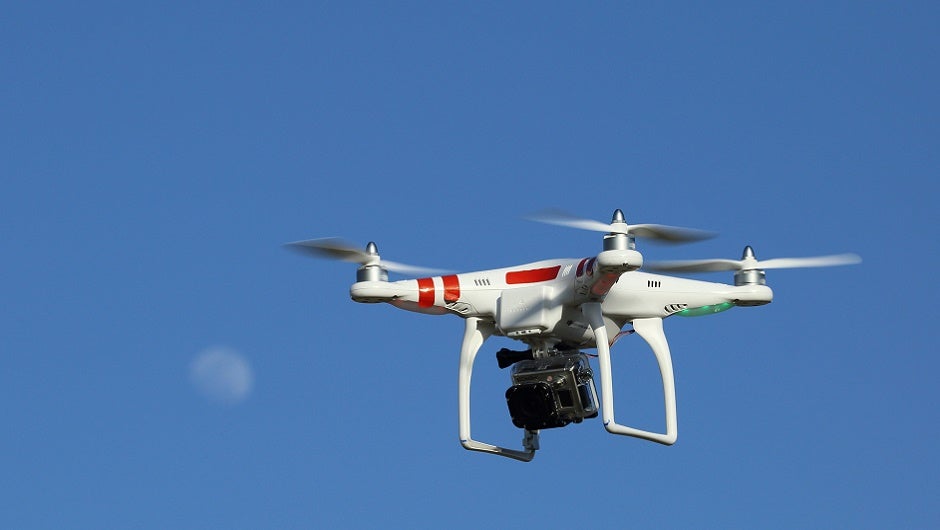 Last Christmas, drones saw a huge boom in sales and many people later asked themselves if they should have bought one for their kids as a present. These devices can be entertaining, as long their battery lasts.

However, it's not all fun and games as drones begin to populate our skies. The Federal Aviation Administration (FAA) and the International Civil Aviation Organization (ICAO) already raised concerns about the hazard they represent to the public, claiming airplane pilots over the US and other countries have been reporting near collisions with drones in midair.

Furthermore, the lack of action from the government may put at stake people’s safety much more than we realize. The low cost and relatively simple operation of drones make them appealing gifts with almost limitless uses, representing unique challenges for regulators.

In fact, not just Amazon is trying to use drones for delivery of goods, but so are smugglers. There are already examples of drones being used for illegal purposes, and as their numbers continue to grow, these applications will increase each day. In Mexico, smugglers stopped using underground tunnels and crashed a drone flying just south of the city of San Ysidron, California, in a failed drug delivery, as CNN reported. In addition, all around the globe, drugs are being delivered to penitentiaries, such as reported on the outskirts of São Paulo, Brazil, at about 10 a.m. on March 7. The inmates succeeded.

In another type of mission, during the world cup in Brazil, The Guardian reported that France’s coach, Didier Deschamps, told reporters that a possible spying mission compromised France’s preparations for the opening game against Honduras after a drone hovered over their training camp.

Not only spying and delivering products, civilian drones can also carry weapons. Austin Haughwout, an 18 year-old teenager from Clinton, Connecticut, brought to life what many people feared might happen, as he posted an online video showing shots being fired from his aircraft. He may be charged for violating FAA regulations, which prohibit the careless or reckless operation of a model aircraft. You can imagine how his invention could turn into a new type of nightmare.

Just like one famous South Park episode, where Cartman stole Randy’s drone – which ended with the entire city crawling with them – anyone could try to make a drone hit an airplane full of passengers, copy Haughwout's invention, or smuggle contraband. Despite future legislation, there seems to be no way for the FAA to prevent this evolution. Which begs the question – what technologies will be developed to combat the misuse of drones, such as jamming frequencies and destroying all the drones (like in South Park)? There are so many potentially great uses for drones to help mankind – let's hope we can figure out ways to allow and encourage these innovations while also taking down those used to harm people or break the law.

I am Ben-Hur Gonçalves, a mechatronic engineer graduated in São Paulo University, São Paulo state, in Brazil (2009). I am the owner of a construction company. However, I am also a maker of Drones, Arduino and electronic projects, and I like stuff as microprocessors, robotics and technology. I want to share knowledge about how to make DIY (do-it-yourself) projects and the common issues you will find making them. I also have an Instructable page and a blog with my projects. You can also follow me on Twitter @Ben_Goncalves, or Google Plus here. More about me: I graduated on Universidade de São Paulo (USP), Brazil. Before college I was: – Golden medalist on Brazilian Olympiad on Astronomy (2004); – Bronze medalist on Brazilian Olympiad on Physics (2004).