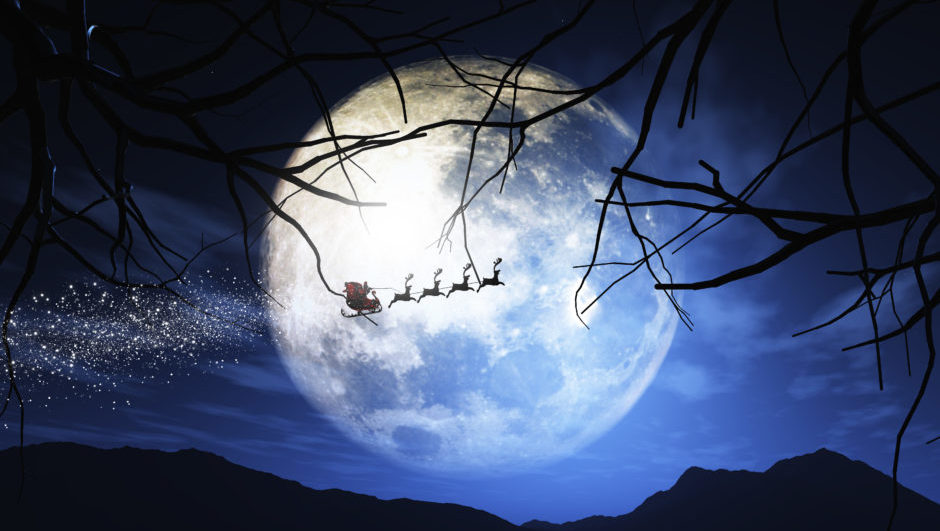 There isn’t a gadget in the world that can get a child to sleep on Christmas Eve when they know Santa is on the way. Trust me I’ve looked. If you’re a parent that has resorted to the “Santa won’t come until you are asleep” excuse, the follow up question from your child will probably be something like, “Where is Santa?” Fortunately, there is a gadget to answer that question: your smartphone.

The North American Aerospace Defense Command (NORAD), a bi-national organization that monitors all activity in the air on and around North America that uses the most sophisticated tracking technology in the world, says “We Have The Watch” on Santa, and this year they’ve upped the ante on helping you track his sleigh.

NORAD has been tracking Santa for 61 years, so they’ve got this down to a science. The tradition began back in 1955 when Sears placed an ad in a Colorado newspaper telling kids they could place a call to track Santa Claus, except the phone number was wrong and it called the “Red Hot Line” to what is now known as NORAD. Colonel Harry Shoup was on duty Christmas Eve and answered the call from a young boy who called the line and asked about Santa’s location. Rather than hanging up, Shoup had his operations find Ol' Saint Nick and reported it to every child who phoned in.

The NORAD radar system is known as the North Warning System that extends across Canada's North and Alaska and provides the military warning of anything directed towards the US.

“NORAD makes a point of checking the radar closely for indications of Santa Claus leaving the North Pole every December 24. The moment our radar tells us that Santa has lifted off, we begin to use the same satellites that we use in providing warning of possible missile launches aimed at North America,” Kucharek said.

Their satellites are located in the same spot at 22,300 miles above the Earth and have inferred sensors that detect heat if a mission or rocket is launched. As for Santa's sleigh,

NORAD's high-tech, high-speed digital cameras are pre-positioned in many places around the world and use them once a year to capture Santa.

“We turn the cameras on about one hour before Santa enters a country then switch them off after we capture images of him and the Reindeer. We immediately download the images onto our website for people around the world to see. Santa Cams produce both video and still images,” Kucharek said.

The NORAD jet fighter planes are piloted by America's finest who patrol the airs to keep us safe from harm and protect our border. While Santa is no threat to anything except a cookie jar, NORAD pilots will meetup with Santa's sleigh on December 24th.

“While in the United States, American NORAD fighter pilots in either the F-15s, F16s or F-22s get the thrill of flying with Santa and the famous Reindeers. Even though Santa flies faster than any jet fighter (Santa actually slows down for us to escort him), all of these systems together provide NORAD with a very good, continuous picture of his whereabouts,” Kucharek said.

The Royal Canadian Air Force recently announced their Santa’s escort pilots and trackers who will be first to welcome him to North America. They dedicated this 2016 flight in memory of Captain Thomas McQueen, who escorted Santa in 2014.

“The responsibility of keeping watchful eyes over North American airspace 24/7 rests with our men and women of the Canadian NORAD Region,” said Major-General Christian Drouin, the commander of 1 Canadian Air Division/Canadian NORAD Region. “It is a duty and honor we hold dearly: to ensure Santa’s safe passage through North America so he can deliver joy and goodwill this holiday season.”

There are many ways to track Santa with NORAD’s assistance. Through the NORAD Tracks Santa Site or the mobile app, children can play games, enjoy holiday activities, read books, listen to Santa-themed music and watch videos about the history of tracking Santa.

If your child still wants to ask a Santa tracking expert about his exact location, NORAD will have Senior Command Leaders answering the phone at 1-877-HI-NORAD or they can connect via SKYPE.

Kids can start watching the countdown to the beginning of Santa's flight and follow Santa's progress on December 24 as he journeys around the world delivering presents to little boys and girls. Happy Christmas to all and to all a good night.