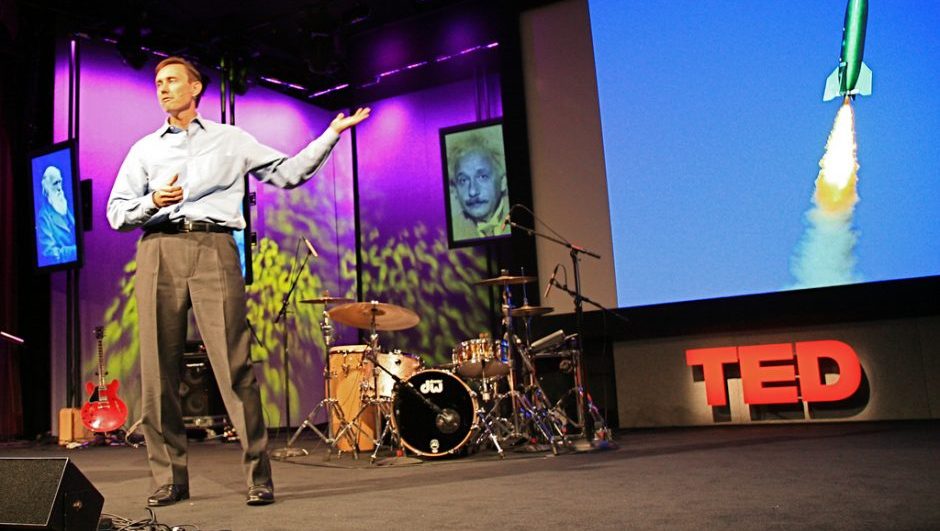 Whether you're an aspiring artist or a thriving entrepreneur, you've probably had a TED Talk change your life at one point or another. These inspirational discussions on everything from health and happiness to business and economics are overwhelmingly poignant, expertly produced, and feature a cast of some of the most influential people in the world. And 2017 has no intention of disappointing.

From April 24th to April 28th, this year’s conference, entitled TED 2017: The Future You, will take place at the Vancouver Convention Centre. The speakers will explore the most pressing questions of our time and will try to imagine what our shared future might look like. And if you're worried about getting a ticket, you should be: they're sold out and run about $8,500.

While the lineup is a veritable who's-who of remarkable minds, five upcoming speakers are poised to make the entrepreneurial hairs on the back of your neck stand up straight. If you're interested in finding out what they'll be talking about, check them out below:

Elon Musk: The Future Us

As the founder of Tesla and SpaceX, it's hard to argue with the fact that Musk is one of the most innovative and influential people in tech. His companies are transforming transportation and space travel on a regular basis, all while promoting sustainability and a brighter future for the people of the world.

His TED Talk, The Future Us, is the keynote session of the conference and will focus on what the world holds for the people inhabiting it.

As the co-creator of Siri, Tom Gruber knows a thing or two about artificial intelligence. He led the team that developed the revolutionary technology that has made life a little bit easier. As a designer, inventor and polymath, Gruber has completely transformed the way we as people engage with machines and how they can improve our lives.

His TED Talk, Our Robotic Overlords, will focus on how technology and machines are being integrated into everyday life and what that means for the future.

After winning her 23rd Grand Slam, the most in singles titles in history, Serena Williams deserves a lot more than a TED Talk. As perhaps the greatest athlete of all time, she has overcome insurmountable odds to establish herself as someone you need to hear talk about the life she's lived.

Her TED Talk, Health, Life, Love, will focus on what it takes to be healthy and happy in a world surrounded with stress.

As a computer scientist, Joseph Redmon's mind works differently than most. He is currently working on the YOLO (You Only Look Once) algorithm, which can combine the simple face detection of your phone camera with a cloud-based AI in real time. Thanks to his skill and the direction of technology, his algorithm could be implemented in just a few years.

His TED Talk, Mind, Meaning, will cover how the mind assigns meaning and what it means for the future of humanity.

Karoliina Korppoo is a Finnish game designer that has helped Colossal Order dethrone Sim City as the gold standard for city simulation games. The game, titled Cities: Skylines, has redefined the genre by making customization and personalization part of the model. It also addresses, rather than ignores, problems like gentrification and urbanization.

Her TED Talk, Connection, Community, will delve deeper into the value of connection with your community when developing a project.

The Rest of the 2017 TED Talk Speakers