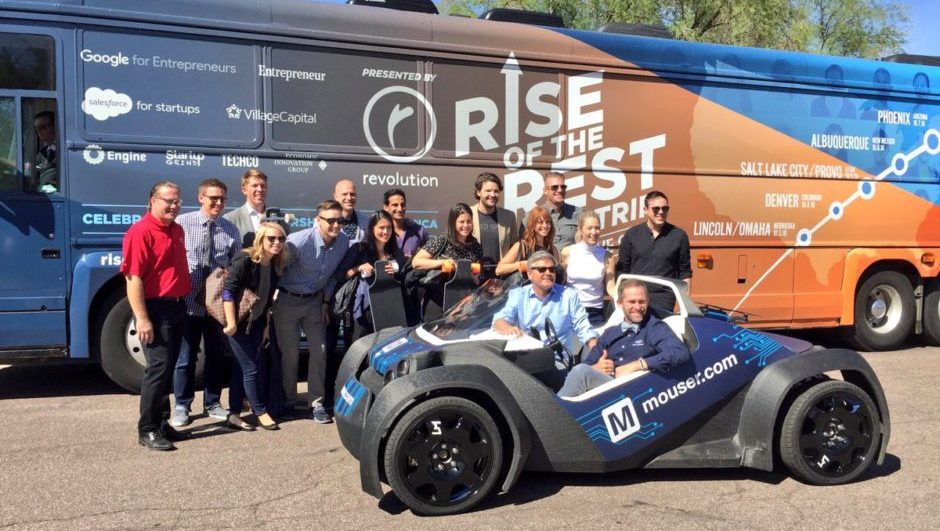 In the Valley of the Sun, there is a heat wave of startup activity throughout the community. Our final stop on the Rise of the Rest Tour landed us in Phoenix and we went full afterburner until the sun set in the west.

We started our day at the Desert Botanical Gardens, home to one of the collections of rare, threatened and endangered species of plants from around the Southwest. The mayor of Phoenix Greg Stanton joined us, along with tech leaders, educators and influencers sharing news about the exponential growth Phoenix has seen in recent years. I spoke with Mayor Stanton about the Phoenix startup ecosystem (below).

Phoenix has been ranked the number two fastest-growing city for technology. Companies like Paypal, Weebly, Zenefits have all opened offices in the Valley. Fast growing companies like WebPT, Tuft & Needle, ZocDoc and Infusionsoft are a staple in the community. And larger public tech companies like GoDaddy, LifeLock and Intel continue to lead the way for the next generation of unicorns. 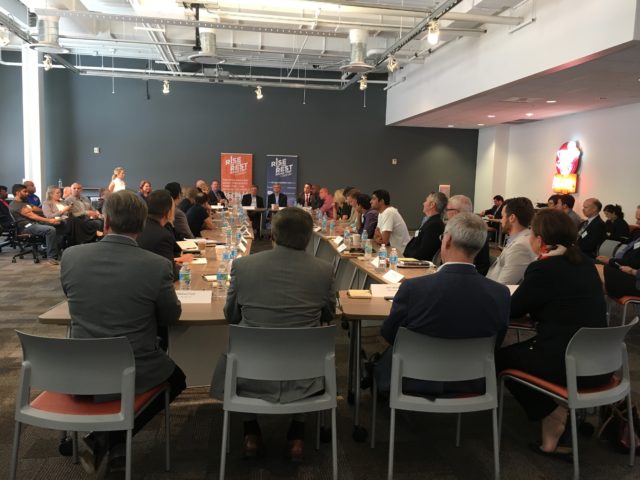 From here, we headed over the Arizona State University SkySong, where Dr. Crow, Councilman Daniel Valenzuela and more than 20 startup ecosystem leaders gathered for a roundtable discussion about the state of the ecosystem. These leaders represented the top incubators, accelerators, coworking spaces and nonprofit support organizations around Phoenix.

During my interactions with the community,  one word that describes the ecosystem was “welcoming.” Tech leaders share a common thread of embracing new members of the tech community, showing a willingness to roll up their sleeves and generously give their time to mentor startups.

You’ll find many of these mentors at local accelerators such as SeedSpot, CEI Gateway, co-working spaces such as CO+HOOTS, DeskHub, MAC6, Gangplank or at the many educational accelerator programs around the city.

As for the question of capital, early-stage funding is certainly available for rising startups with angel groups like Arizona Technology Investors and Canyon Angels heavily involved in the community.

From here, we headed to the Local Motors micro-factory where we where we chatted with CEO Jay Rogers, and had a look at a new Strati. We also had some time to chat with Steve Case, watch my interview below:

Moving along, we stopped at Tuft & Needle, a company started in 2012 by two software engineers out of Silicon Valley, who were hell bent on bringing transparency to the mattress industry. While it would have been nice to try out the mattress and take a nap, we grabbed our hard hat and toured the remainder of the building needed for expansion. To date, they have not taken on any investors.

A few miles down the road, we visited WebPT, an end-to-end business solution designed specifically for rehab therapy professionals, with husband and wife cofounders Brad and Heidi Jannenga. The company had an undisclosed investment from Battery Ventures and have been listed on the Inc. 500 list of the nation’s fastest growing companies. Yet again, we grabbed our hard hats and toured their expansion building where they will be neighbors with Galvanize who recently expanded to Phoenix.

Watch Steve Case and ASU President Michael Crow discuss entrepreneurship, moderated by Anna Mason from Revolution, in the video below:

As the sun began to set, eight startups pitched to Steve Case and a panel of business experts in hopes of locking down the $100,000 investment. Neolight, a phototherapy device company that helps newborns overcome jaundice, took home the big win. This company recently completed a program at Draper University and closed a large seed fund of $600,000 earlier in 2016. Congratulations Neolight!

That's a wrap on five great days on the road on the fifth Rise of the Rest tour!