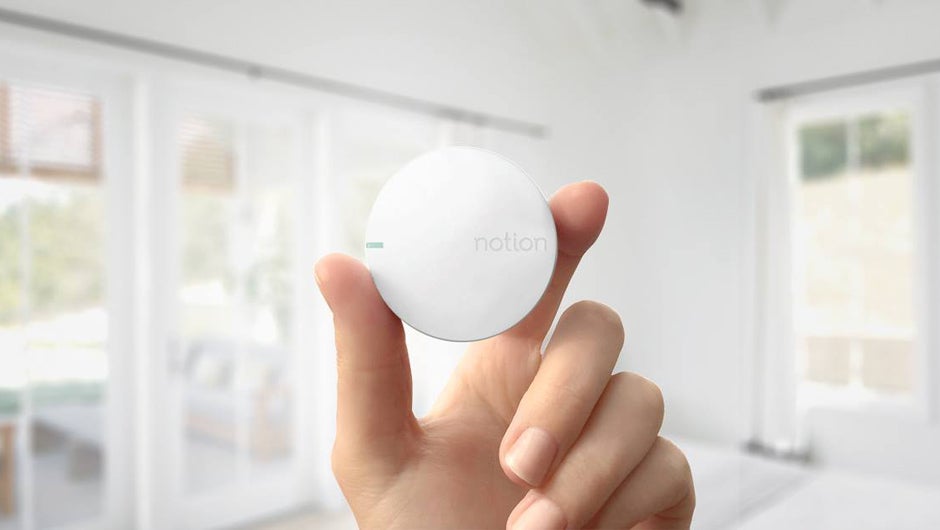 If you took one look at the Denver based company Notion I would bet serious money that you would say something like: “Oh, it’s a home security system”. Now, to an extent you would be correct, but it goes well beyond that.

Brett Jurgens, CEO, would actually say that Notion is all about home awareness, a realm that does in fact encompass security. Every sensor in the kit also detects when doors are open, the temperature of a room, water leaks, lights, and smoke alarms.

You simply name each sensor in your setup so the software can alert you to whatever you want to know, and the $199 kit comes with three sensors and a bridge to coordinate them all. As Jurgens tells me, it’s like what your car has given your for ages – critical information about the its own status.

“The ‘home awareness’ comes in part with the fact that we can detect so many things outside of what normal security systems do,” says Jurgens. “It’s a heightened level of consciousness for your home.”

The unit itself is filled with seven different sensors within the main body, and Notion has custom built them all. It’s all designed to run through a mobile app that displays every piece of information about your home.

Jurgens and his cofounder Ryan Margoles, CTO, grew up together in a town about 30 miles away from Denver, and they each had entrepreneurial parents. After college, when they each had their own homes and families, Margoles had a smoke alarm go off while he was at work.

Unbeknownst to him, it was only the slow been from the battery dying, but he had a new puppy at home and was understandably distraught. Not only that, the puppy got horribly frightened from the sharp noises, at which point Margoles told Jurgens:

“Why can’t your smoke alarm just send you a text saying something is weird?”

That was all she wrote, and they set off to make the world’s best smoke alarm. But after about five months of research they realized people wouldn’t ant to pay a lot for a high tech smoke alarm.

“But if we could do that, why not solve bigger problems with home monitoring and give people the flexibility of a piece of hardware,” asks Jurgens. “We liken it to an iPhone – you don’t walk into an Apple store and have 50 phones to choose from. You buy one thing that’s powerful and easy. That’s what we wanted to emulate with Notion. We wanted to build something that’s so easy to install you’re only thinking about what you want to be aware of, not the technology.”

The team had a wildly successful Kickstarter campaign not long ago where they raised a total $281,655. They offered backers the opportunity to pay extra to be a part of their beta testing phase, which is what they shipped following the Kickstarter.

The full launch is coming up in late July, where the remainder of the backers and presale customers will get their Notion products. We've seen a lot of companies try to do this whole home automation thing, but Notion is going so far beyond automatic lights, locks, and security. It'll definitely be interesting to see how this concept of home awareness shapes the future of the smart home, and as the results of their Kickstarter would tell, I'm not the only person who feels that way.