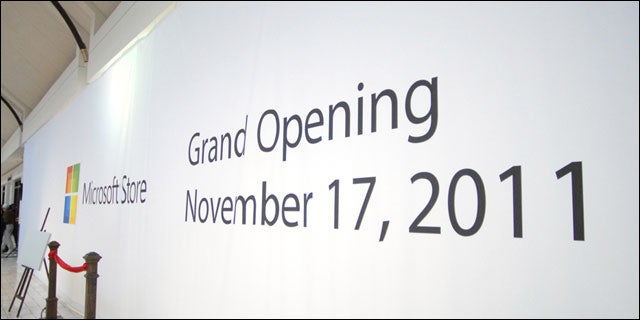 Within the past few weeks, the technology giant has had ribbon cutting ceremonies at many locations from California to Scottsdale (their first opening), to the latest location in Northern Virginia (part of the Washington, DC metro area).  Their 14th store opened in the shopping mecca of Tyson's Corner.

Staff members in brightly colored tee's, clean modern lines in the stores – yes, one could argue there's more than a slight resemblance with the now familiar tech-cathedral, Apple. But no matter, Microsoft brings their own tech-flare and experiences, like a gaming zone, theater, interactive video walls and Surface “tables.”

The in-store launch celebrations have been quite the affairs, including concerts with Kelly Clarkson, Joe Jonas and others, as well as inviting store visitors to play Kinect with sports legends like Cal Ripken, Jr. and Joe Montana. They've also kicked off each store opening with a local celebration, granting millions of dollars in software grants to local organizations to help bridge the opportunity divide. Members of the local community vote on the Microsoft Store Facebook page to decide where those grants will go.

In addition to the phones, laptops, games and more, the stores offer services such as personal training, technical support, ongoing performance tuneups and more. 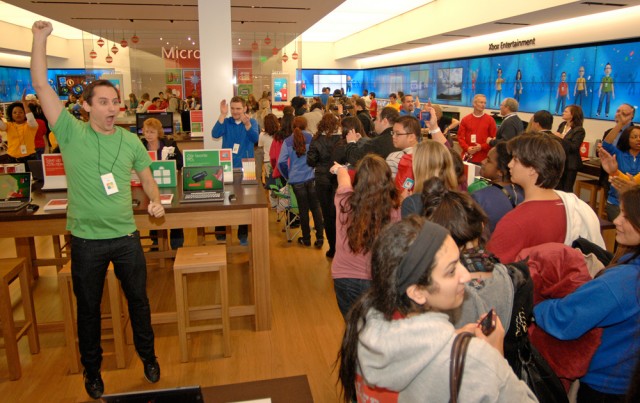 Excitement as the Microsoft Store in Tysons Corner opens 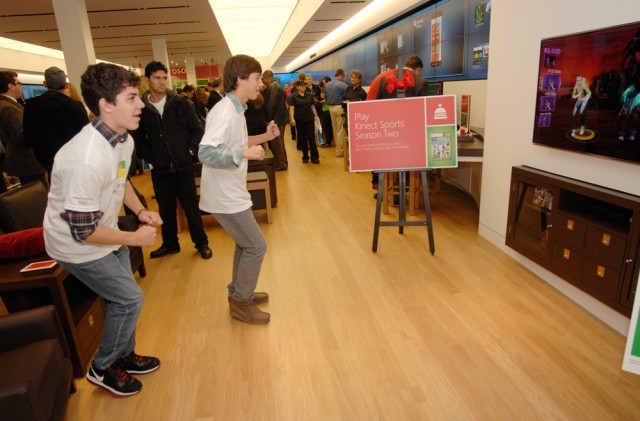 Kinect in the Microsoft Store at Tyson's Corner 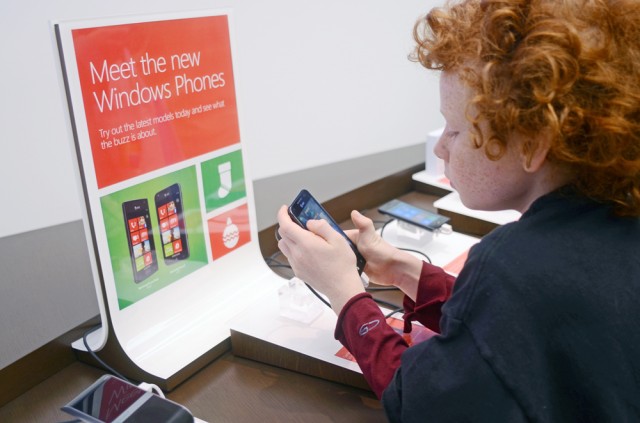