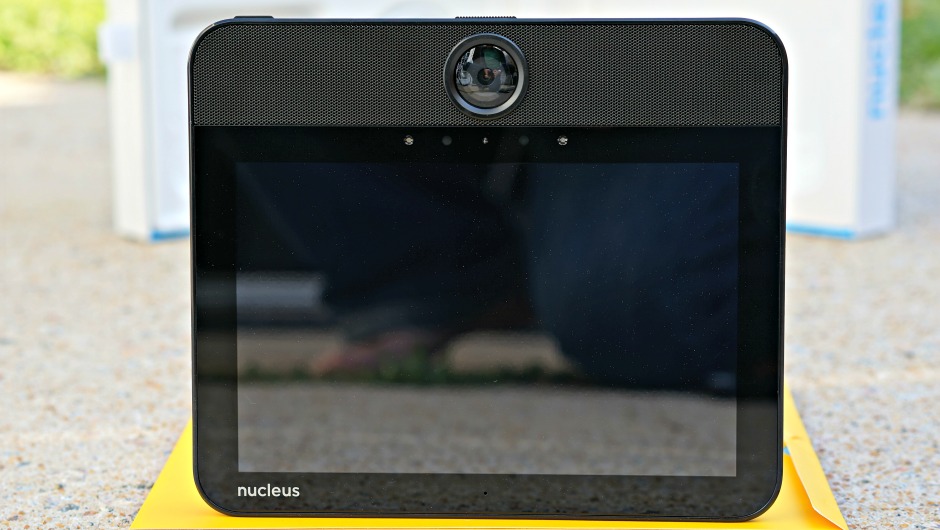 Being able to speak to your family shouldn’t be a challenge, and that's where a new device called Nucleus comes in. With Nucleus’ platform, two people can speak or setup a video chat with the press of a button or two. On the hardware side, it's essentially a custom tablet with a touchscreen and front facing camera. On the software side, it focuses on simplicity and accessibility through their app. It also has Amazon’s Alexa built into the hardware, which extends the value of Nucleus.

Years ago, I recall my family trying to find a way to either get an iPad in my grandfather's hand or some other easy to use solution that allows everyone to communicate effortlessly. Later Facetime made having conversations a bit easier, but ultimately there were a lot of hassles involved, especially between training and setting things up. For those without smartphones however, Nucleus is looking to improve the way families and friends are able to communicate both within their home and anywhere else that you’re connected to the internet.

To put Nucleus to the test, I did what any good son would do: setup it up leave it mysteriously in my parents' kitchen. Two weeks later, I’m still waiting for them to accept the connection request, so I have instead resorted to using it within my town home, and occasionally terrorizing my dogs while I’m at the office. If you're wondering, they're about as not tech savvy as it gets when it comes to family members.

If you’ve ever setup a traditional home intercom system, Nucleus is basically the opposite as far as difficulty or effort. You don’t need to drill any holes or feed wires through your walls (you can mount it to a wall though), and it’s no more complicated than plugging it in and connecting it to your home WiFi.

From there, the setup wizard walks you through each step, shows you how to use the device, and then finally prompts you to integrate Alexa with it. In fact, the standard setup itself is incredibly simple, but the Alexa component is where you’ll spend the most time as you also need to download the Alexa app and add the skills you want to it.

Setup Verdict: Nucleus is a cinch to setup, which is perfect for those looking for a home intercom system. To add another device in another home the setup process is just the same, but is still probably best completed by someone a bit tech savvy.

Ultimately, we looked for how well Nucleus can communicate. Between users at home, on the go, and in different locations, Nucleus is a new take on home intercom systems. Once setup, the always-on screen (it does dim) displays the various other Nucleus devices you’ve connected with and users who have connected to the system through the mobile app. With a press of a button on the display, you can either audio call or video call someone, and it’s really just that simple.

Overall the audio quality is quite good, though in a few attempts between a phone user and Nucleus device, the phone users voice could be heard back as an echo. Beyond that minor issue, you can hear someone well within a standard room, so they shouldn’t need to get up near the device to hear them. The camera on the other hand is good, but not great. By comparison, you’ll probably find similar quality video chats between Skype users. The camera also features night vision though, which works well if you are near the device itself. Based on the room’s lighting, it will auto-adjust its settings based on what works best for the environment.

Privacy is always a concern when it comes to wireless tech, especially when it’s a device designed for families. There are three software privacy settings and a camera slider (sort of like that sticker over your webcam right now), which give users better control over who can contact you and when. With all of the privacy settings off, a parent can directly connect from their mobile app or device into a home device, and nobody will have to answer it. This is much like a traditional intercom system, and makes it easier to interact with youngsters or less tech savvy users. I used this particular feature several times to yell at my dog to stop jumping on the kitchen table. The various other privacy settings are much like your phone: do not disturb mode, privacy mode (no direct connect), and turning Alexa listening mode off.

Besides the slight echoing issue, the only other problem we faced, though rarely, was connectivity. While testing communication between the app and device, there were a few instances where the app showed Nucleus as offline. In the test situation, the device itself was inches away from the wireless router and there were no signs of data loss, so our best guess is that there may be the occasional software hiccup to cause this problem.

Excluding Alexa, Nucleus on its own does exactly what it’s designed to do, make communication super easy between people. The two other gripes worth mentioning are tied to what we assume will be resolved in future software updates: lack of group chat and a lack of a missed call log. Standard home intercom systems usually have a way to ping each speaker in the house, which in turn allows someone to make a call for dinner or get everyone ready to leave. The missing call log feature is self-explanatory though, and is especially odd to be missing from the mobile app. Fortunately, during our testing period, we saw regular updates to Nucleus though, so it’s evident the team is hard at work at improving the device.

The addition of Alexa on the other hand is where Nucleus becomes even more appealing. Having an intercom system is nice, but there are only so many occasions you need it. Similar, Alexa is still a new technology, but by adding this to Nucleus it reduces the amount of devices you need and acts as your smart home hub. With that said, Alexa itself ran into a couple of bumps. Namely, when you get her talking or set an alarm, she would not stop until she had her say or you turned the system off. The system also likes to randomly go off when near a TV. We’re not sure exactly what Alexa’s fascination is with Dave Chappelle’s new Netflix feature, but she went off regularly during it. 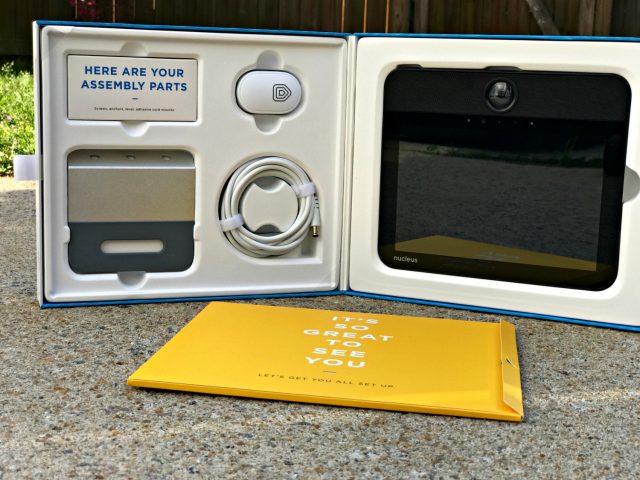 If you’ve ever played with a touchpad tablet, Nucleus is essentially that. The only difference is that it can be either mounted to your wall or setup with a desk stand, and it comes in either white or black. When compared to standard intercom systems, this device looks both modern and fits in well with any home currently sporting smart devices.

As far as the ease of use goes, usability is clearly a focus for Nucleus’ design team. Once setup, you simply press the voice call or video chat button, and you’re pinging your intended person or room. The privacy features are also just as simple, and only takes a single press of the button or a slide of the camera shutter.

It’s also worth noting, though we did not incorporate this into our overall review outcome, that the packaging for the Nucleus is top notch. From the instructions and quick start guide, to the tiny leveler within the box, it’s evidence that the team put a lot of love into not only the device, but also the initial user experience.

Should you buy the Nucleus home intercom system? If you have tech adverse family members or don’t feel like springing for a smartphone for your kids, yes. However, if you’re just looking for an Alexa powered device, you’re better off with the real thing, and if your family already has tablets or smartphones, there is not a lot of need for this.

With that said, Nucleus created a solid, easy to use intercom system that can be setup within a home, office, or even nursing home, and even allows you to be connected while on the go through their app. Though there is some improvements that can be made, it’s apparent based on the amount of updates seen during the testing period that their team is dedicated to making the experience even better. We give Nucleus a 3.8 out of 5, and can see this version bumping that score up with future software updates.