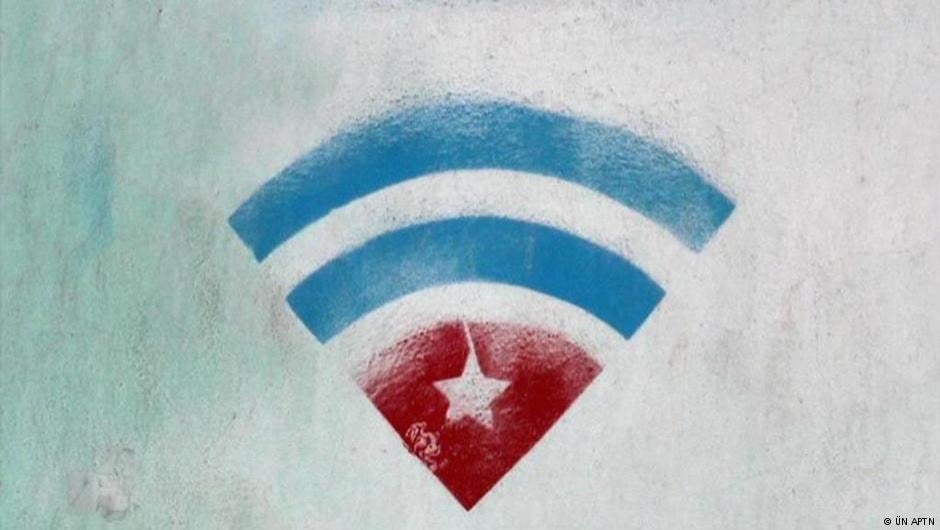 When you think of Cuba, our ornery neighbor just 90 miles south of Key West, a few typical things may immediately come to mind:

But Cuba, our newest international acquaintance, also happens to be chock full of internet pioneers; ingenious men and women dedicated to getting their fellow countrymen online and giving them access to that great digital conversation we know the world wide web to be. 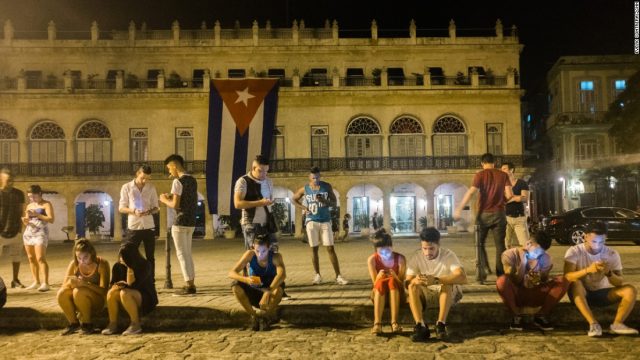 Since its grand introduction in the late 1990’s, Cuba’s internet has been victimized by a severe lack of funding, unfathomable government restrictions, our country’s own limiting embargo, and exclusionary price points, resulting in an obscenely low number of connections, extremely limited bandwidth, and stifling government censorship. There is essentially no broadband access across the entire island. A reliance on second-generation technology allows for little more than voice conversations and text messaging, and the country has been listed as an “Internet Enemy” by Reporters Without Borders since they first started creating their annual list back in 2006.

Or, as they say: resolver. 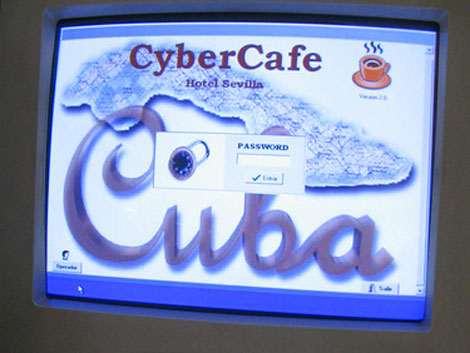 The word literally means “to resolve,” though its understood definition falls much more line with the technophilic concept of ‘life-hacking.’ And its exemplified in the various clever ways Cubans have adapted in order to access the world beyond their Land Before Time. For example, the ETECSA card market: 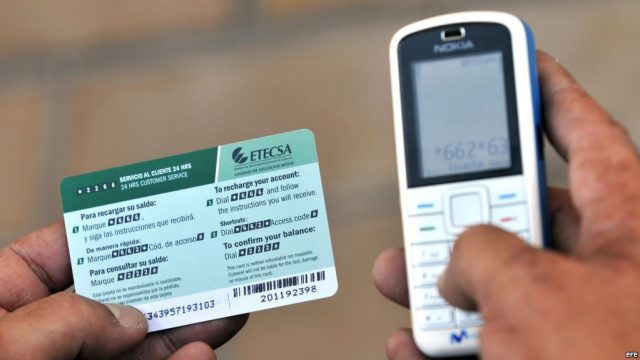 Starting in 2007, the Cuban government began opening its first public WiFi hotspots, and there are now over 240 of them strewn across the 42,000 square mile island. However, in order to access one of these hotspots, one needs a small green scratch-off card that resembles a lottery ticket and costs about a quarter (i.e. roughly the average weekly Cuban wage). And as Wil Fulton once described on the digital pages of Thrillist:

“Getting WiFi from these public access points is not like walking into a Starbucks, ordering a latte, and setting up your MacBook. It’s more like walking into Penn Station during rush hour, and sitting criss-cross-applesauce in front of the NJ Transit terminal and then maybe trying to suck a piece of gum through a straw.”

As such, any tourist walking the streets of downtown Havana can expected to be accosted by calls of “Tarjeta? Tarjeta? whenever in the vicinity of these  lukewarm spots. For a three peso bill, these low-level cat-calling entrepreneurs will unveil a treasure trove of shrink-wrapped green cards, which they in turn bought in bulk from someone else higher up the digital food chain.

Think of it like Halt and Catch Fire meets The Wire…

But while Empresa de Telecomunicaciones de Cuba S.A. (ETECSA) remains the only cell phone and telephone company on the island, for those seeking an internet experience farther removed from the confines of Cuba's authoritarian government, there are alternative options as well, including a distinctly offline approach: 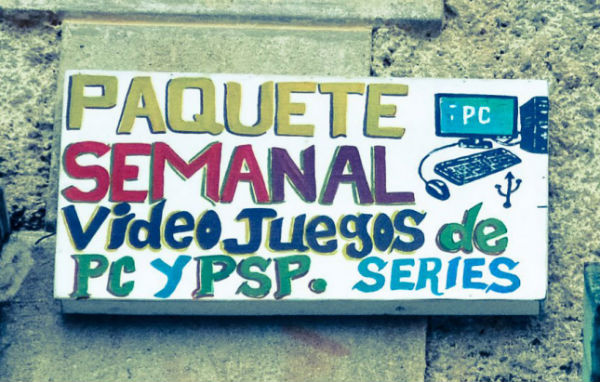 Most Cubans — who as a rule love American pop culture as much (if not more) than Americans — are able to stay up to date on the latest Drake releases and Game of Thrones twists thanks to an intricate network of smuggled flash drives and hard drives known as paquetes.

These 1TB drives are typically packed with a week’s worth of television shows, movies, music, magazines, and even sometimes smartphone apps; all at the commanding price of $8. Stemming from a reported half-dozen paqueteros with nationwide distribution, they’re shopped around by street dealers and shared between friends and family members like a physical Netflix password.

And before you even ask, yes, “El Paquete and chill” is most certainly a thing: 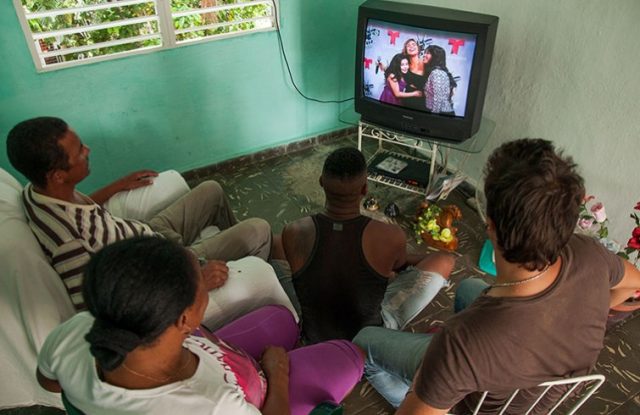 Still, one of my personal favorite innovations by these Cuban internet advocates remains “Streetnet” (SNET, for short).

A dark(ish)-web intranet first concocted in the early 00’s by gamers tired of lugging their desktops to each other’s houses to play StarCraft or Counter-Strike, SNET quickly evolved from nine wireless gaming networks to an island-spanning force that gives Cubans the closest reproduction of the kind of internet the rest of the world enjoys — and with speeds faster than your average U.S. home’s broadband connection.

Thanks to an assemblage of patriotic developers motivated by the bygone factor of ‘public good,’ SNET users can even access the Instagram clone Foro Wifinet, or the Facebook clone Sígueme, or the Reddit clone Netlab (complete with themed subreddits and trolls), all from the comfort of their home: 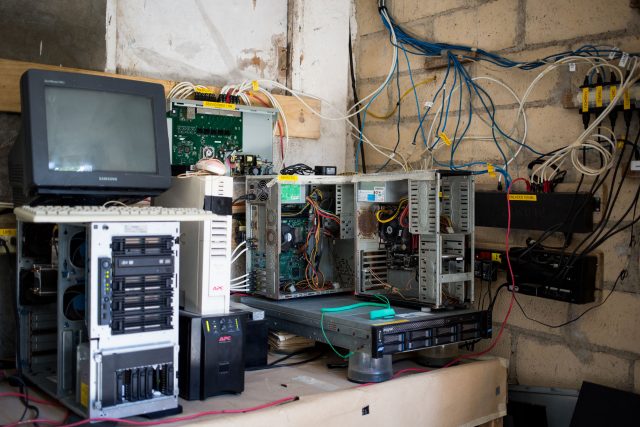 The Verge’s Jonathan Katz once wrote:

“The best way to understand the internet in Cuba today: a jumble of half-measures and workarounds avoiding the state’s restrictions and taking advantage of meager offerings.”

However, I prefer the Cuban émigré blogger Ernesto Oroza’s more appreciative characterization of his countrymen’s resourceful workarounds, which he describes as being built upon:

“An architecture of necessity … a physical model that combines the individual and their needs with the materials, technologies, limits, and legal and economic possibilities.” 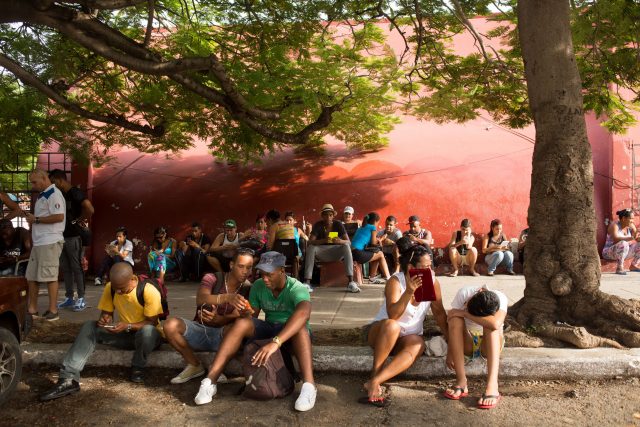 Only in Cuba will you see resourceful internet hustlers selling portions of their bandwidth using Connectify (which splits one smartphone's connection into a separate wifi network that can be shared). Only there will you come across something like Revolico, the Cuban alternative to Craigslist, which replaces anonymous email addresses and vague contact info with actual phone numbers and street addresses as the preferred mode of contact.

Maybe it was Antonio García Martínez, writing for Wired back in July, who put it best:

“Like some weird species in an isolated redoubt like Australia, Cuba has been evolving convergently (if mostly independently) to the outside world, even if several technical generations later. Turns out if you connect twitchy, narcissistic, boredom-prone humans via digital media, no matter how makeshift the plumbing, they behave in exactly the same way.”

Read more about burgeoning ecosystems around the world on TechCo

I'm the CTO of TechCo Media. I'm also the founder of Random Nerds. I love writing and talking about, entrepreneurship, technology, and video games. You can follow me on twitter @joecorbett.