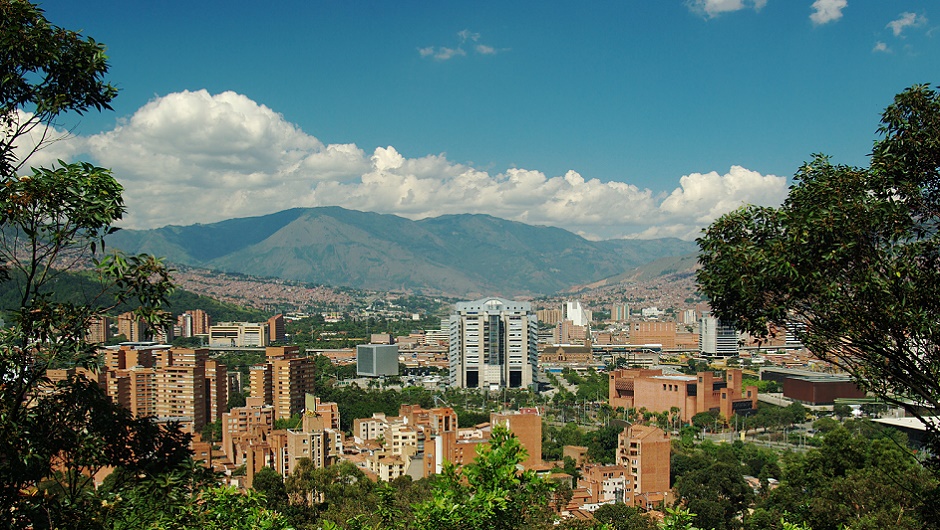 Over the last decade, developing countries – also known as emerging markets – have become drivers of global economic growth. First we saw BRIC, then BRICS (Brazil, Russia, India, China and South Africa). Now a new group of countries from Indonesia to Colombia have emerged as hopeful contestants in the global market.

There are many benefits to setting up a business in an emerging country: a low price of living matched with a strong dollar; a young workforce; and an abundance of cheap, raw materials and natural resources that aren’t available in the U.S, to name a few. However, as my company learned from basing our headquarters in Medellin, Colombia (pegged by TechCrunch as an up-and-coming tech hub) the mirage of the startup hub in the emerging economy may only be skin deep.

At first glance, an “emerging market” may appear to contain all of the ingredients of a healthy startup ecosystem; but certain aspects, such as finding a highly-educated, specialized workforce, receiving support and advice from experienced mentors, and taking advantage of government assistance, may prove challenging. Using my personal experiences from setting up base in Colombia, we are going to look at the three main challenges of creating the best team possible in an emerging market.

While the potential workforce exists in developing countries, it can be difficult to find a team with the right qualifications. Developing countries are still behind in secondary and further education, and Colombia is no different.

Of the 1.9 million professionals who have graduated from a university in Colombia in the last decade, nearly a quarter are engineers. However, one sector that remains extremely underrepresented is IT, where the talent pool is proportionally small compared to that in developed economies.

Companies in developed countries offer salaries and experience that are hard to match, leading to a widespread exodus of the talent pool from developing economies to more favorable economic climates. This is a risk for startups in emerging markets, as the grass is always greener on the other side. For example, we recently lost our strongest developer to one of the Uber founders for their new carpooling product, “Ride,” in NY.

Unfortunately, there is very little you can do in these situations, as normal incentives such as training, promotions, or opportunities to grow within the business are ineffective when compared with the promised salary increases of 4 or 5 fold in developed countries. If you decide to match salaries paid from outside the country in U.S. dollars, you are essentially multiplying your whole business costs.

2. Keep out the wolves

As if the temptation for the local talent pool to jump ship wasn't strong enough, one of the main problems that we have experienced in Colombia has been eager government officials inviting global outsourcers to their city. Local officials often oversell their local talent as a means of attracting international outsourcing companies.

Ruta N, in Medellin is a great example of when a “landing” area destined for startups is in fact filled by international outsourcing companies, the most notable example being the NASDAQ-listed Globant. The overall result when you invite a company like Globant to an ecosystem that has limited resources is the same as inviting locusts into your corn field.

Outsourcers simply mark up the price of a developer and sell them on at a premium to a blue chip company who is not interested in directly contracting resources. This model means they are not training or developing staff; they are simply looking for the more experienced resources to make a margin based on the short term demand of a client’s IT department in the U.S. Just like locusts, once they cannot find any more resources in the location they are in, they will move on and leave no value behind.

On a brighter note, with this scenario it is possible to at least match salaries. Even if the outsourcee is marking up resources for sale at 60k or 80k USD, they will not be offered a salary of that value, but rather a much lower value which you should be able to compete with.

Also, a problem for outsourcers such as Globant is that they cannot allow individuals to negotiate salary increases, because, like a domino effect, all worker salaries will rise. Globant saw its costs skyrocket in Argentina last year because of rapid inflation of the Argentinian peso, causing widespread demands for salary increases by workers unions around the country.

3. Measure up your mentors

Success breeds success. It is incredibly important to have a developed entrepreneurial community in place and access to individuals who can offer invaluable advice at key points of their development. According to TechCrunch, an extensive study of more than 700 companies within the New York Tech hub showed that companies with an experienced mentor were three times as likely to succeed than a company without one.

However, access is much easier in New York or Silicon Valley than in emerging markets, where these networks of experienced business owners are harder to come by. In Colombia, many dynastic, monopolistic businesses dictate the dynamic of the culture and the business landscape. Having a captain of industry who was literally born into their position like a monarch as a mentor on a startup program is of very little use, as they have very little experience in growing a business and dealing with the problems that arise in the growth stages.

As a result, startups in emerging markets need often seek the services of a “professional” mentor. Unfortunately, these mentors have generally worked exclusively as a mentor since graduating, having earned their titles by passing an exam rather than holding the reins of a real company for any period of time.

Many people running government programs have read books and can repeat over and over that your business has to be scalable, profitable, and fill a market need, but few have ever achieved any of those things themselves.  As a result it is almost impossible for anyone to form an experienced board of advisors that would help drive a business forward.

As a perfect example, the darling of all Colombian startups is a taxi app called Tappsi. After initially gaining traction and customers, the business has since remained stuck. It would be unfair to just blame poor management skills. The company would have had a lot stronger chance of a national or even international roll out of their product if there had been qualified mentors or an influential board of advisors. Instead, after widespread success in its home city of Bogota, the app has not achieved notable success in any other city in Colombia (and even less abroad), while its competitors have thrived.

Despite the issues with setting up shop in an emerging market, there are also advantages to consider, especially for startups on tight budget. Furthermore, investment in emerging markets is increasing: 500 Startups have just finished their first funding round with their Latin American fund, 500 Luchadores, and communities of entrepreneurs are growing every year, offering more and more mentorship and guidance opportunities. When establishing a company in an emerging market, you need to play the long game. But, if you can find a good team, a good base, and you have a fantastic service or product, then the (new) world is your oyster.

Nick Aldridge is CEO and Founder of Kogi Mobile. Based in Medellin, Colombia and Miami, U.S.A, Kogi Mobile offers a startup-focused, app development service which offers complete product development solutions for the lifecycle of clients’ products.