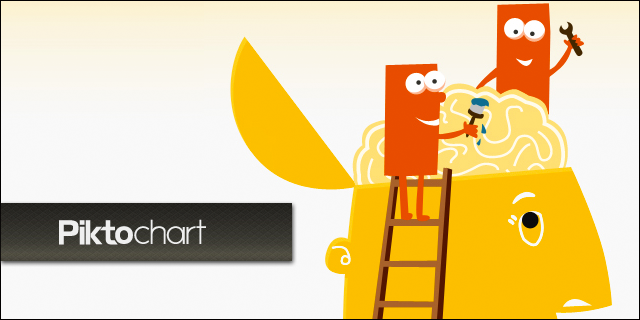 When I heard Piktochart pitch at the Chinaccelerator demo day, they were talking about “big data” – infographics that were merely a backdrop for impressive stats. But now, 4 months and a whole lot of feedback later, Piktochart is hard at work on a new incarnation of their infographic tool.

Piktochart’s drag-and-drop interface lets you create customized infographics based on the data you input. You can select one of their beautiful themes (created in-house), then change color schemes and fonts. Their basic plan costs $10/month.

The Italy- and Malaysia-based startup originally envisioned becoming a visual editor for infographics, a substitute for programs like Photoshop and Illustrator. This focus on “big data” was confirmed by their contacts during Chinaccelerator, as well as the success of similar tools like Tableau, WonderGraphs, and Metamarkets.

As it turns out, customers were less interested in “big data” than in spicing up their dull PowerPoints, so Piktochart switched their focus to data presentation – not huge images where the data tells the story, but small pictures for salespeople, market research companies, and others. They have secured almost 2,000 signups already, including i/o Ventures, the Penang government in Malaysia, and PC.com.

“To be honest, it almost felt like a saving grace. We thought we were right, but our users proved us wrong,” says Goh, who was an advertising manager at Proctor & Gamble but got tired of the company’s reluctance to use digital media.

Long-term, Piktochart hopes to make infographics more interactive: instead of just reading them, users could click on links and control what information is visible. They may also crowdsource their designs.

In the meantime, check out their infographics on Why Startups Fail and Big Events in 2011.