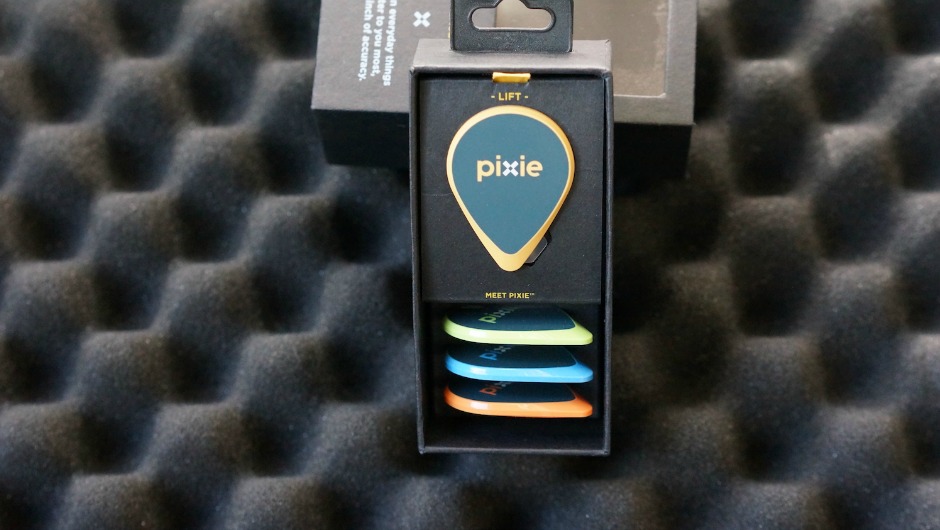 Regardless how organized you are, eventually you’re going to lose something. Be it your keys, your dog, the house keys, or perhaps your phone, the ultimate first world problem is losing your stuff. Item trackers have been around for years, Tile being the most notable of the bunch. But a few years ago, Pixie put a new spin on the item tracker. Rather than simply finding your items through a Bluetooth connected device, their markers contribute to a mesh network, which in theory should make finding an item more accurate.

Last month, Pixie re-released their new enhanced trackers and app, so we gave it a whirl to see how this compares to the others on the market. 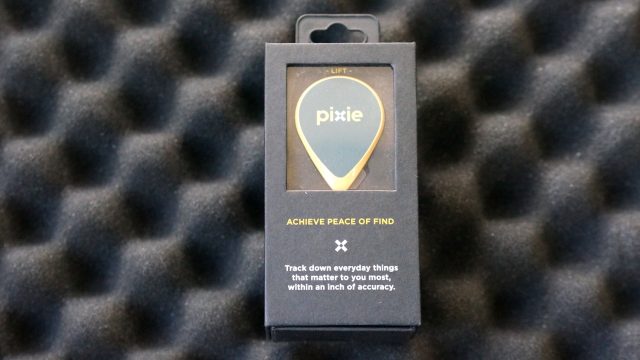 Like most Bluetooth connected devices, the Pixie should have a relatively simple process to connect each marker to your base point. Unfortunately, there were a couple of bumps along the way, which may be due to their additional technology that allows it to create a mesh network. To get started, you go through the basic account creation process after downloading the app, but it’s during the pairing process that we ran into issues.

For the base marker, you place it to the top left of your phone and it should pair up. It took about four or five times before it finally got it, with the initial attempts stating it didn’t work and having to restart the process. The same situation occurred with the second marker. However, in a different location and on a different day, both the third and fourth markers had no issue pairing with the base marker and phone. From there, the app will send you through a few tutorials on how to find an item. 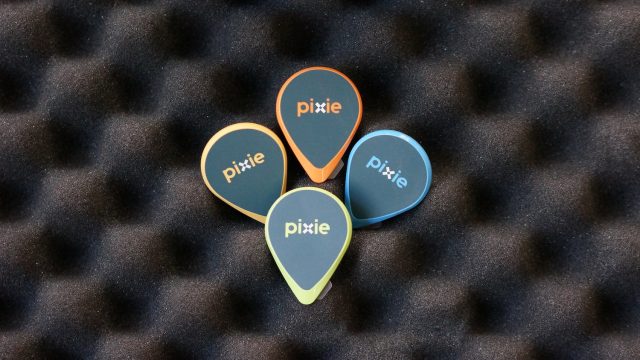 Unlike most other trackers, Pixie doesn't use sound on the device to help you find a missing item. Instead, you have two primary ways of finding an item: augmented reality or a compass of sorts.

Pixie’s augmented reality uses your phone’s camera. You track in a circular motion like you were taking a panoramic photo, presumably so that it can get its bearings straight. Once it’s figured out what’s up from down, it’ll throw a Pixie dust cloud up showing you where your item should be. Unfortunately, this is where things get wonky. After a dozen attempts, more than half of the time the missing device was marked incorrectly. In a different setting, one with less walls and a generally open space, the augmented reality feature did work well. As you get closer to an item, it goes into metal detector mode and starts to indicate just how far away it is.

The augmented reality component is also a bit of a pain in the ass. For it to work, you have to slowly scroll around in a circle for it to get its bearings straight. As you do this, the app will constantly tell you to slow down or follow it, and then randomly ask to change directions. When you want to find something, the last thing anyone wants to do is spin around their room for a minute or two.

When augmented reality doesn’t quite do the trick, you can use a compass like feature. In this mode, the app will tell you the general direction you should walk towards to find your item, and how far away it is. This mode worked a bit better than the augmented reality one, and was far less cumbersome. Overall, the Pixie appears to be struggling to do what it’s supposed to do. 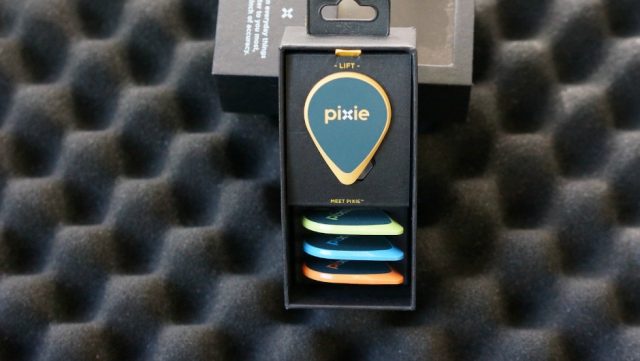 The one area where we can give Pixie some credit is in the design department. Unlike other trackers, Pixie has a simple point marker design, is incredibly light, and is durable enough for basic wear and tear. Each marker comes in a different color as well, which makes identifying it on the app and in the physical world a bit easier. The app on the other hand is a mixed bag.

Pixie’s updated app looks great, but only on the surface. With their tutorial overlays and videos, things start to get a bit ugly. Besides the item finding process being cumbersome, the tutorial videos look dated with their use of strange stock art. It’s not a big deal and certainly doesn’t contribute to our overall impression, but a bit of UX design goes a long way. 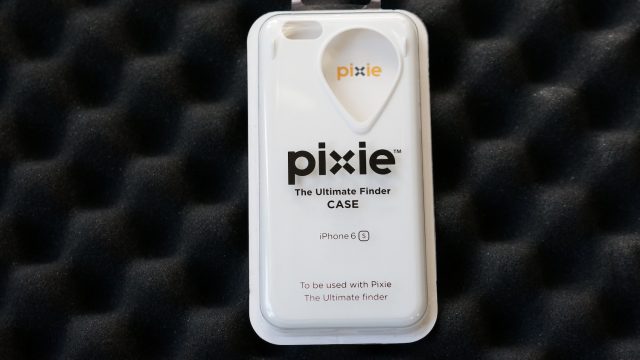 Pixie also comes with a free phone case, which is about as basic as it gets. Apparently in the past, you would have to stick the base marker directly onto your phone, which was a huge pain. Now the included case allows you to place the marker against the back of your phone, making it less of a nuisance. However, if you tend to drop your phone, the case probably will only protect your device in a minimal capacity.

Overall the design for the Pixie markers look good, but their app tutorials and required phone case could use some work.

Should you buy the new enhanced Pixie tracker? Not yet. Unfortunately, the process and tracking ability for the Pixie still falls flat. After having used it in several locations, Pixie’s ability to find items is both wonky and not exactly accurate. Though we do think there is potential in the concept, between delivery, UX, and overall tracking issues, this product has some way to go before it can really compete with trackers like Tile.

Where to buy: Pixie