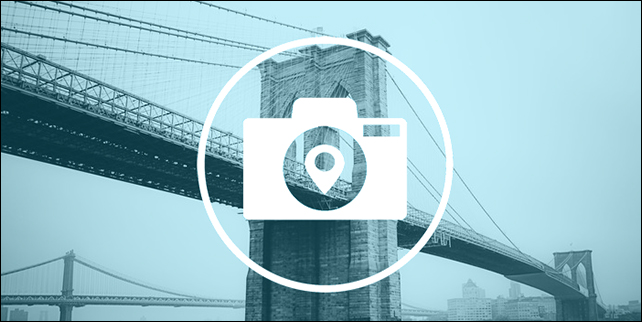 Daniel Shaffer made his first app and released it on Apple's App Store the day the platform launched in 2008. At the time, there were only 500 apps listed, and his simple illusions contribution didn't make a huge splash. Today, at 22, he's lived his entire life in the shadow of the Internet, and has made and released 16 apps of his own, in addition to a few for other startups. His latest creation, Piximity, offers users the ability to both upload and browse pictures by proximity, in complete anonymity. The photo-sharing app, which launched Oct. 10, has undergone three updates.

Using proximity as a browsing tool, the app allows users to like and share photos, passing their affirmation on to the photographer for encouragement. This infuses the whole experience with both serendipity and social authenticity; you like the photos you like because they speak to you – not because you're sucking up to who posted them. We caught up with Shaffer to find out a little more about how this next-gen developer sees things differently.

What got you interested in apps at such a young age?

You're part of the first generation that was wired from birth. What difference do you think that makes in the way you approach app design and functionality?

“It’s true and crazy to think about the fact that, 20 years ago, most people didn’t even know what the Internet was. Now, having the Internet in your pocket is pretty common. A lot of the consumption today revolves around pictures, video and audio, so I knew that Piximity needed to make consumption both unique and easy. The app's location capabilities [it shows users pictures taken by other users nearby] and anonymous browsing help make it unique. Looking at what’s really popular [in the photos users take] helps me understand how and why people spend so much on these devices.”

So, tell us about photo-sharing app Piximity. What is it, what does it do, how does it work, and where did it come from?

“Piximity is an app that lets users capture and browse pictures nearby them – anonymously. The social media aspect is completely taken. The anonymous factor plays a big roll in what’s uploaded – there's a lot of off-the-cuff photography with little editing. Using location to help sort pictures allows users to discover pictures in their vicinity as well as have a live photo stream at a certain location. It came from two thoughts about apps I’ve had for a while, which are pictures and proximity. I thought the combination would allow you to discover and explore in more ways than the traditional ‘recent' sorting.”

But isn't that just Instagram with geocoding? How is this different?

“The anonymous factor plays a big role. When you start using it, it becomes very apparent that connections between content you see and the person who took the picture is much less relevant. The types of pictures people are uploading are very different as well. Using location as a method to sort photos also makes it very unique, and further distances itself from a traditional social network. Location allows users to get turn by turn directions with pictures, see what’s taken around them, and gives users the power to sort a seemingly endless amount of content in a way that makes sense for them, whether it be new or popular pictures, pictures nearby them, or a live stream of them in a certain place.”

“People share a lot -anything from what they are looking at, to pictures of dogs, to amazing graffiti. It’s completely random and everything is so different.  That’s the point of it. It’s an anonymous picture community.”

Do you not worry at all about inappropriate or pornographic material? People trashing an open sharing network because it's anonymous?

“I don’t worry about that too much – it will happen and it’s my job to make sure that it stays as clean as possible. I use everything from tools on the backend to making it easy for users to flag content as well. It’s not in most peoples' interest to do that. Most people just like to share and see how their pics are doing.”

Is this app “the one” — how will you know if you have a hit on your hands?

“The best kind of app has a natural kind of magnetism. What I saw was that I would wake up every morning and use it without forcing myself to! I use it because I want to see what’s around me or whats new, and this serves that purpose extremely well. The numbers prove that other people are feeling the same way. I have a lot of work to do but the reception so far has been fantastic. The consensus is that people like it.”

“My plans are to continue to work and grow Piximity. It’s really a great product. About the rest of the app world, I'm happy enough to just say, ‘Surprise me.'”

Melinda is an award-winning B2B journalist and former Electronic Media Dir. of the Newspaper Association where she helped found the New Media Federation and received the Digital Edge Pioneer award from its membership. She's written several books on the commercial space and defense industry in addition to digital media, and taught the inaugural class in Internet Marketing & Advertising at American University's Kogod University.