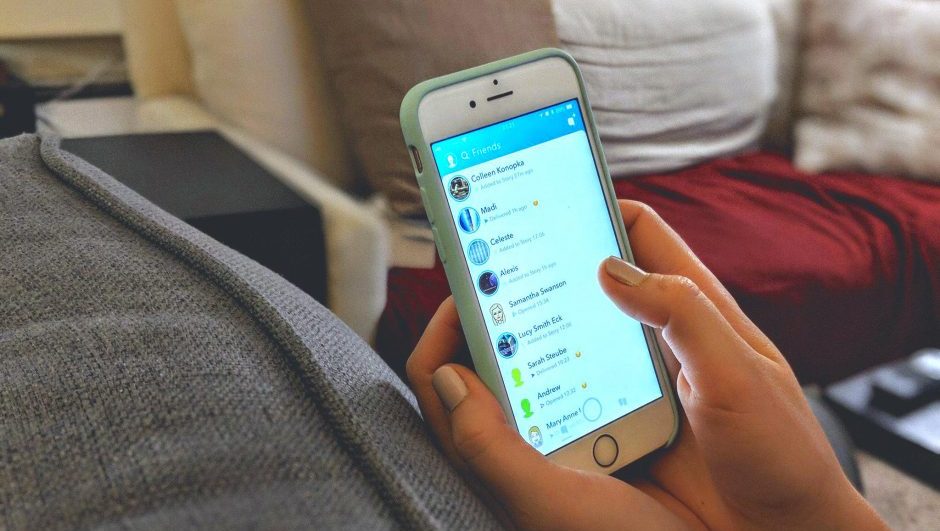 Over the last couple of months, Snapchat has gone through a dramatic redesign. The expansive changes have seen the stories and message feeds combine to form a single page, while the discover feed has been algorithmically overhauled to give users the ability to customize what kind of brand content they want to see. The move by Snap Inc hoped to put more power in the hands of users, allowing them to effectively control exactly what they see in a simple, comprehensive format. The verdict: everyone absolutely hates it.

Between celebrities bashing the redesign on Twitter and the million-signature petition on Change.org calling for “Snap Inc. to change the app back to the basics,” it seems users aren't adjusting to the revamped format as well as the social media company had hoped. However, fear of change is nothing new in the world of social media, as pretty much every platform has received considerable backlash in response to a similarly significant redesign on more than one occasion.

Unfortunately, if you really think you're going to be able to get the people behind one of the most popular social media apps in the world to change their minds, I've got bad news for you: history isn't on your side.

They may seem like distant memories now, but social media redesigns have been a regular occurrence in the medium since their inception. From formatting changes to logo redesigns, social media platforms have been evolving into the apps and websites we love for years. And no petitions ever got in their way.

At this point, it feels like Facebook has changed their platform in one way or another every single day. However, a significant redesign hasn't made an appearance for a while, which could be due to the backlash they received after one of their biggest feature additions in the company's history: the news feed.

In 2008, Facebook decided to focus on the community rather than the self, making the news feed the primary focus of the platform, rather than the individual profile pages. Despite many of the 100 million Facebook users at the time agreeing that the redesign is faster, sleeker, and more comprehensive, only 40 million users willingly made the change, while the other 60 million users were unceremoniously hurled into the future against their will when the redesign became mandatory. And once it was, the protest groups started. 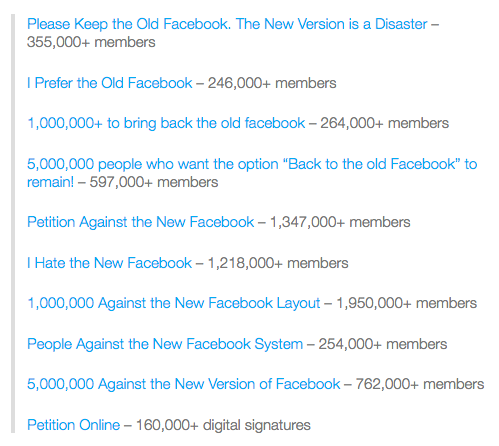 Millions of users spoke out in some way or another to condemn the new layout, referring to the change as everything from “garbage” to “a disaster” in every forum imaginable. However, as we know now, the news feed is the staple feature of Facebook, drawing in the 2 billion users of the platform today.

In 2012, when Instagram was acquired by Facebook, fans of the photo-sharing app held their breath. Many users feared that the monumental acquisition could lead to a wide range of significant changes. However, after a few years had gone by, Instagrammers were resting easy, no longer wary of a fictitious redesign on the horizon. And then, it happened.

In 2016, Instagram announced that, like their parent company, their feed would be transitioning away from a chronological order and would instead be replaced by an algorithm-based order that would let you “see the moments you care about first.” As was to be expected, the change was met with considerable backlash that was as overly dramatic as it was obviously futile.

My Instagram feed isn't chronological anymore and I don't really get the point of anything.

While this change is still quite fresh in our minds, the dust has settled and most of us have moved on. In fact, we've so clearly moved on that Instagram's growth is soaring, reaching 800 million users at the end of 2017.

In the midst of a social media redesign like the one plaguing Snapchat users today, it can feel like the offending company is simply out to get you. There's no denying the personal angst felt when you go to press a button that's no longer there on an app you use more than your toothbrush. However, according to a study out of Cornell University, changing the format of a social media platform is a calculated risk that, in the long run, improves the loyalty of its users.

“Changes may cause users to leave, which may trigger further leaves of others who lost connection to their friends,” wrote David Garcia, Pavlin Mavrodiev, and Frank Schweitzer, the authors of the study. “This may lead to cascades of users leaving. A social network is said to be resilient if the size of such cascades can be limited.”

Simply put, change, while divisive at first, ultimately makes the community stronger, particularly when the change in question is designed to bring people closer together. While critics say they want a chronological Instagram or a profile-focused Facebook, the study found that, without measures in place to make sure users are engaging with people they care about, social media platforms go the way of Friendster and MySpace. And no one wants that.

The Inevitability Of It All

In that vein, expecting some of the most innovative companies in the world to stay the same over the course of their existence is no less ridiculous than asking NASA to bring back the old Apollo spacecraft because you're feeling nostalgic. Social media redesigns like the one Snapchat has so unapologetically launched are not only inevitable, they're the only reason you still like the platforms you use today.  We've been here before, and we'll be here again. So you better get used to it.