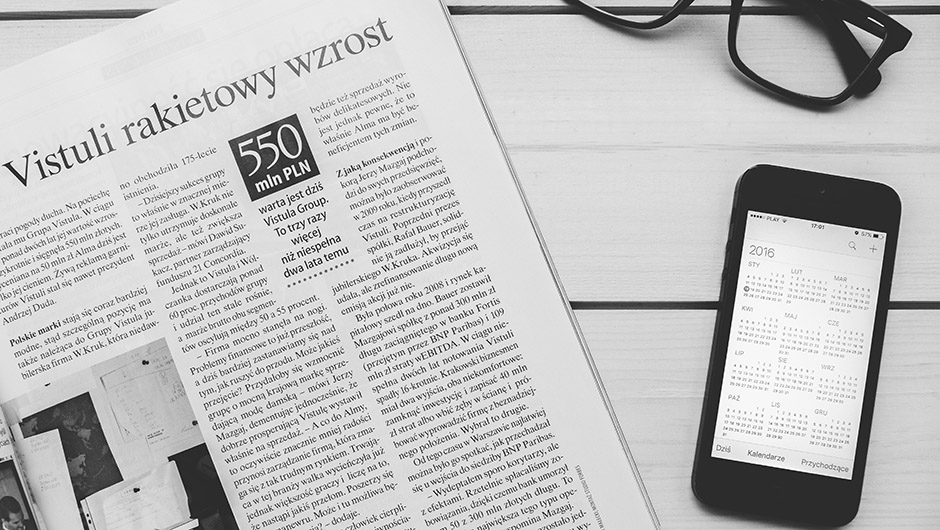 PR is an ever-changing medium. It has to be to keep up with the many industries and environments that it encompasses and in today’s connected world, those changes are more rapid than ever. PR trends come and go, some rise to sit firmly within the fold, while others shrink into the shadows.

We’re now almost six months into 2016 and are in the position to have some insight into the top PR trends for the year – and more importantly, how they’re being realized. Let’s take a look at our top five trends of 2016, and examples of brands that are putting them to good use.

The Traditional Press Release Is No More

This is a trend that the PR industry has been facing for some time now. It’s been reported by global e-newsroom Wieck that 83 percent of journalists will only use 10 percent of press releases sent to them. It’s no longer a good use of our time to produce traditional material to push out to media outlets in the hope that someone will take a bite.

Of course, if you have the news story to end all news stories, then the tried and tested route is probably still going to work for you. But, what about the rest of us? The PR stunt has seen a dramatic rise in the last several years, and more and more agencies are thinking creatively to get their message out to the masses and attract media attention.

One brand that is brilliant at the PR stunt is Carlsberg. They have a very coherent message, and their “If Carlsberg Did….” campaign has been winning them PR brownie points since they relaunched it back up in 2015, after dropping it for four years. In April last year they launched the world’s first beer-pouring billboard, just one week after Coke’s own version, with the slogan “Probably the Best Poster in the World” – and the world seemed to agree with them.

The stunt was picked up by UK publications such as the Sun online, Mirror.co.uk, Metro, Time Out London, the Guardian, The Telegraph online, and The LAD Bible. It also created a social media storm, as it was a great opportunity for selfies and photos.

40 percent of all Carlsberg’s sales come from the UK, so it was a wise move to pay some attention to one of their largest markets. In total they’re spending £12 million in the UK on various campaigns that span online, radio and television.

Companies such as Nestle are also using PR stunts to push their brand and new product launches. To promote the release of its all natural coffee-mate creamer, Nestle opened up a pop up coffee shop with “Au Naturel” staff – yep, they were naked (with body paint clothes on).

As with Carlsberg, Nestle used the power of people to spread their message by creating a physical location that they could go to and connect with the story. They put out a video, titled “The Natural Bliss Cafe – Surprisingly Natural” which featured unsuspecting cafe patrons struggling to focus on their order, which currently has over 4,358,000 views.

Making Better Use Of Social Media

In 2015 there were 2.04 billion social media users globally – that’s an awful lot of outlets to spread your message. According to projections by eMarketer, the number is expected to rise to 2.78 billion by 2019. In fact, the increase in social media users has redefined the term media itself. Previously you had print, wire and broadcast; today your media outlets should also include social media and blogs – both unlimited sources of word-of-mouth, viral marketing.

It is estimated that there are currently 275.9 million Tumblr blogs in existence – and that’s just one platform, albeit one of our top 3 picks for driving traffic. Although not all blogs are world-class, many of them have loyal readers and fans. With so many blogs, encompassing every topic you can think of, there’s a network out there for every message you want to push.

Just take a look at Tesco Mobile, who managed to completely change their image with their clever use of social media and their #nojoke strategy and hashtag. The company was facing a PR nightmare with their potential network of customers using them as the butt of many jokes online. The team decided to joke back with witty comebacks. Although Tesco is currently selling its mobile business, the original campaign launched the network’s success – making it the largest subscriber outside of the four mobile network operators with 4 million customers. 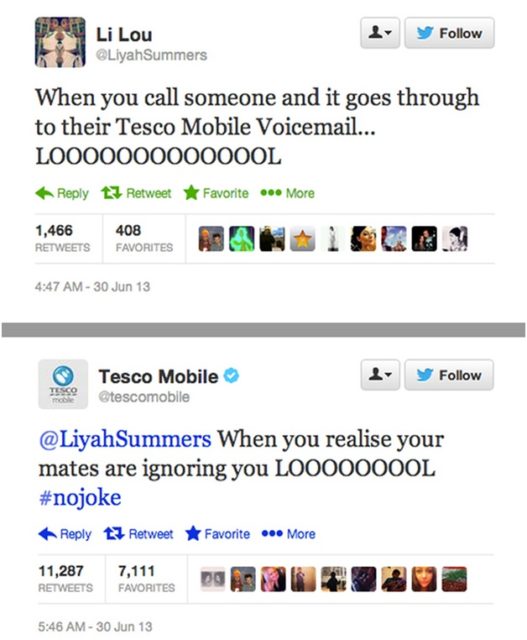 With so many avenues to go down with social media, ensuing that you are directing your energy to the right place is perhaps even more important. A blanket approach simply won’t yield the results you desire. Luckily for us, there are now more tools than ever on the market to allow us to track cross-platform analytics to see what’s working hardest.

A brand that has made use of social media not only as a channel for PR but one that can also generate newsworthy content is PokerStars. As a leading online poker provider, PokerStars is producing a phenomenal amount of PR stories every day. They make full use of their social media channels, often using their brand ambassadors as their gateway to their audience. By looking at which of these stories already captured audiences’ attention, they are able to create recap stories such as their “Best Poker Moments from Social Media”, taking engagement one step further by using social media feedback to push out relevant and interesting content to their audience based on the audience’s own interactions.

We live in a world where information and content is available to us in an instant – thanks again to social media. Your audience wants the breaking news, latest trends, key quotes and interesting stories. If you’re not jumping on the bandwagon immediately to harness your PR strategy, then you are risking being left behind.

One of our favorite examples of a brand taking advantage of a media storm comes from the Snickers candy bar. In the UK, popular TV host Jeremy Clarkson, made waves when he punched one of his producers on set. His excuse? He was hungry. Enter Snickers, with their “You’re Not You When You’re Hungry” campaign. The social team moved quickly and sent Clarkson a box of Snickers in the post, backed up with a tweet to him for the whole world to see. 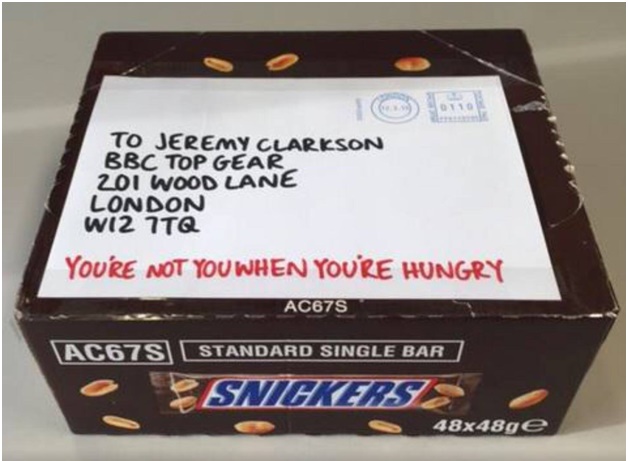 Fast wit created an easy win for Snickers, and their tweet was retweeted over 1,200 times. Although you can’t guarantee something like this will happen for you, as a PR professional you will be monitoring all channels of communication – the next step is to think of creative ways to shoehorn your message in with current affairs.

Real time data also has the added advantage that we now have the opportunity to limit any social media backlash we may face. Companies don’t always get everything right, sometimes they make some pretty big mistakes, and as PR professionals it’s our duty to ride out the storm in the best way possible.

Every cloud has a silver lining, and there have been several cases of brands turning a negative into a positive. One of our favorites comes from Greggs, a UK bakery. In 2014, their logo was replaced by one featuring an offensive mock slogan in their Google profile, the box that appears on the right of search results.  The internet went wild with comments right away, but Greggs’ social team were fast to act. They handled the situation with class, delicacy and well-placed humor – turning what could have been a PR backlash into unprecedented exposure for the company.  The event generated hundreds of news stories and their tweet to Google, was retweeted 800 times.

At the core of everything we do is the story and our ability to tell it through various mediums. In 2016 this is more important than ever before, as savvy consumers demand the very best content delivered in a coherent manner, among all the information pollution.

A story is so much more than a stunt that attracts attention for a week or two. It’s extra building blocks for your brand identity. A great example of a company that knows how to tell a story is Starbucks. In September 2015, Starbucks began their “Meet Me at Starbucks” campaign. This is part of their wider story to become “the third place” – the go-to social place outside of home and work.

They began by writing your name on their coffee cups, bringing you into their fold, and their latest campaign tells real life stories of people meeting at Starbucks. It was shot in 28 countries in just 24 hours and delivers a powerful message of the human story in one common meeting place. To date, this video has had over 1.2 million views.

Another brand that has mastered the art of storytelling is Dove. They have been running their famous “Real Beauty” campaign since 2004, and it’s had a positive effect on both their image and the image woman have of themselves. When the campaign started, Dove’s research showed that only 2 percent of woman worldwide would describe themselves as beautiful – in 2011 the number had reached 4 percent. Both Dove and Starbucks place their customers at the heart of their brand, they make them the heroes to tell their story. Audiences love this immediacy and identify with the common people in the campaigns.

In 2016, more PR agencies will spend time identifying and nurturing their influencers.  A company that is really pushing influencer marketing at the moment is Netflix. With their streaming service, they have developed a “binge watching” generation that plays right into the millennials’ hearts. It’s been reported that their service has replaced network and cable TV for as many as 79% of millennials.

Now Netflix is looking to harness the power of their audience and are taking to Instagram to do so. Calling them “Grammasters” they are looking for Instagram users who can delve deeper into the universe of a show. These “Grammasters” will travel the world to shoot and share content from familiar sets and scenes of popular shows. It’s storytelling combined with a deep understanding of their millennial audience and their lust for experiences.

2016 may be in full swing, but it’s never too late to set your PR strategy onto a winning path. These trends look set to stay, and the brands that are pushing them are proving their value. PR might not be as simple as it used to be. In fact, it’s a whole lot more complicated – but it’s certainly more interesting!