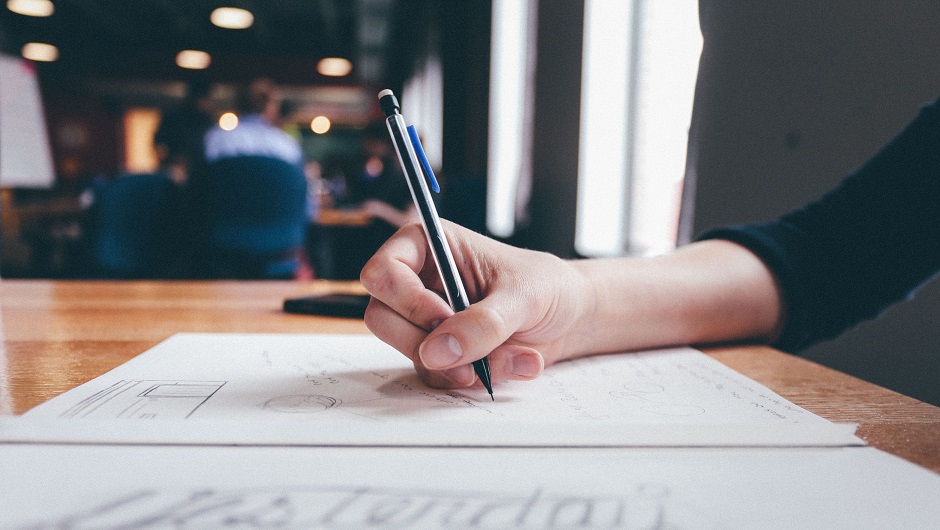 Here's some great startup news for your Monday: All startups have increasingly low chances of landing any series after their seed round. That's right: Statistically, you're already a failure. Not that that should stop you, of course. Mattermark has the data.

Mattermark got curious about the metriculation rate of startups from funding round to funding round. Assuming you start with all those startups who successfully gained a seed, how likely are they to go on to a series A, B, C, or D? Increasingly less likely. Here's the official chart, tracking the drop-off on a linear timeline: 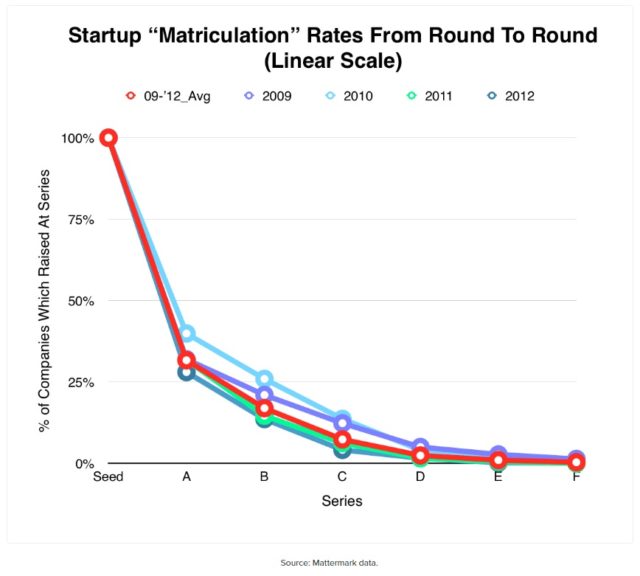 Interestingly, this same data, presented on a logarithmic scale, shows a steady decline. Your odds of getting the next round of funding are on an exponential decay. Each round after your seed is exponentially more difficult to land. And that's not even taking into account how tough the seed round is to get.

Mattermark stresses that this shouldn't prevent you from trying anyway. After all, the startup world is built on low odds with a big payoff. As they put it:

“It’s very important that we have a realistic view of the market for startup equity across the various stages. This is not meant to dissuade or intimidate, but to challenge everyone in the industry to work hard to earn their place among the companies that make it to the next stage.”

Besides, not getting the next round might not be a bad thing. There a three reasons why startups might not show up in future rounds: Either the company failed, they were acquired, or they hit financial stability. Both of those last two reasons are far from terrible. Of course, that big drop-off right before series A is still disconcerting, since it's such an early stage that a company is a lot more likely to fail than to succeed.

The bottom line: Given that the startup industry is so in love with the idea of moving fast and breaking things, it's nice to see that mantra reflected in the data.