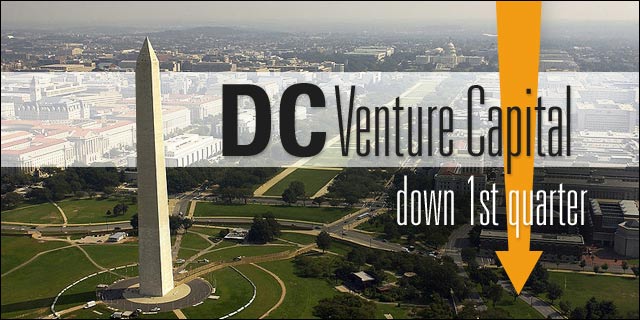 In the first three months of 2014, 43 companies in the DC region raised a combined total of $217.5 million, as reported in a quarterly MoneyTree report released today by PricewaterhouseCoopers and the National Venture Capital Association. While that number seems impressive, it marks an 18.4 percent decline in Q1 venture funding from last year's $266.5 million.

Just yesterday, it was reported that venture capital in the US totaled $9.47 billion for the first quarter of 2014 – a 57.6 percent increase from the $6.1 billion raised in the first three months of 2013. This is the highest figure we've seen in venture funding since Q1 of 2001, yet the DC region failed to live up to the national trend.

With these in mind, should the DC region be worried about prospects for the remainder of the year? Speaking to The Washington Post about the report, Brad Phillips, the director of emerging company services at PwC, said that a slow first quarter performance should not be a major concern, considering that the DC region has a history of raising a much lower amount of venture capital in the first quarter than the combined average of the three subsequent quarters. Last year, DC companies raised a total of $1.54 billion in venture capital, closing off Q4 of 2013 with $313 million – indeed, higher than Q1 of that same year.

All of the DC region companies that received venture capital in Q1 of 2014. (via The Washington Post)