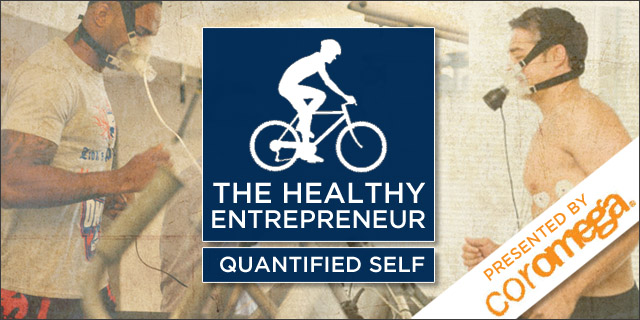 This post is part of Tech Cocktail’s “Healthy Entrepreneur” series, bringing you insights on food, exercise, and sleep throughout May. The series is presented by Coromega (more info and a giveaway below).

In 2010, “quantified self” pioneer Gary Wolf urged a crowd at TED@Cannes toward self-improvement. “If we want to act more effectively in the world, we have to get to know ourselves better,” he said.

Two and a half years later, tons of technologies are helping us know ourselves. Fitness devices like the Fitbit, Nike+ Fuelband, BodyMedia FIT, and Jawbone UP can track our movement and sleep. The HAPIfork registers how many bites we take per meal and how fast, lighting up when we start wolfing down food. And the Withings scale not only measures weight but also BMI and body fat. 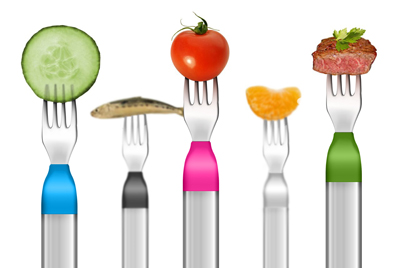 Since Wolf spoke at TED, enthusiasts have joined together in the quantified self movement. They believe in the benefits of tracking and measuring ourselves, and particularly our health. For example, QuantifiedSelf.com hosts a huge conference and organizes meetups around the world. And author Tim Ferriss, who tracks his own sleep, activity, glucose, and blood biomarkers, has become an advocate and detailed some of his theories in The Four-Hour Body.

Despite all this, “self-tracking” is not ubiquitous. According to Pew Research, only 21 percent of people use technology to track their health (and that includes people who use Excel). Tracking things like food intake can be tedious, and buying a fancy device is expensive – the Fitbit costs $99.95, while the Nike+ Fuelband runs at $149. But one of the problematic reasons why the quantified self movement isn’t more widespread is that the benefits are still fuzzy. 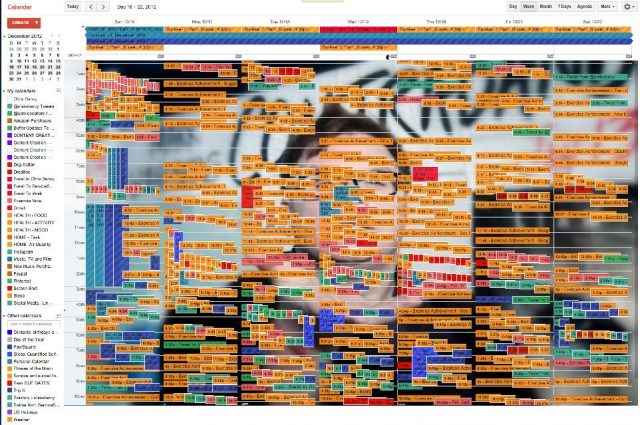 Certainly, walking around with a gadget that measures your activity might inspire you to take the stairs, or run that extra mile. And you probably get a boost from beating your friends on the activity leader board. But besides that, the health recommendations offered by fitness devices are rudimentary.

For example, the Jawbone UP reminds you when you’ve been inactive for too long (a relevant feature, just as society begins to realize the hazards of sitting all day). Larklife, a sleep and activity tracker, can suggest whether you should eat a snack or a meal at any given time, based on your activity and food consumption. Similarly, Endomondo can tell you how much water to drink to maintain your performance. And the Fitbit automatically adjusts your target daily calories based on your activity. These are all valuable – staying active and eating the right amount – but still basic.

To significantly benefit our health with specific, recommended improvements and actions, quantified self devices need to get much smarter. They need to start approaching health the way a doctor might.

“A doctor is trained to treat the patient as a whole,” explains a medical student. “There may be complications to certain treatment options that only experience in the field can avert. Second, many patients are not well-versed in their own health. An app, even a very powerful one, is still only as good as the information you put into it. A doctor is trained to know what questions to ask, and can piece together a bigger picture even from limited information.”

According to Pew Research, 34 to 40 percent of people who track their health have asked doctors new questions or decided on new treatments based on their self-tracking. Even with the rudimentary data available now, people are piecing together opinions that affect their approach to health care.

“I think the feedback mechanisms will be the major ‘advancements,’” says Murray Grossan, MD, of the future of the quantified self. He is working on an app that coaches you to reduce ringing in the ears. Another project analyzes brainwaves that affect the autonomic nervous system; if things aren’t balanced, it suggests brainwave optimization exercises. And the X PRIZE Foundation has started a $10 million competition to build a “tricorder,” a device that can monitor and diagnose serious conditions like diabetes, atrial fibrillation, and stroke.

“The key here will be the sophistication of the algorithms and the software that recommends the actions,” says Andres Moran, cofounder of Earndit. To build those algorithms, entrepreneurs will need input from doctors, and data about symptoms and genetic risk. They will need to know what health information to gather from users. The devices they build will need to be integrated – not just measuring activity or sleep or food or blood pressure, but all of these and more.

And, crucially, they will need to know the limits of their own knowledge. Sometimes, your intelligent tracking device will have to say, “I don’t know what’s going on. Please go see your real human doctor.” In that way, self-tracking devices can work in conjunction with doctors, providing objective information during an office visit that patients simply may not know, or may not remember.

Finally, these new devices must be easy to use – ideally, much smaller and inconspicuous than the thick Nike+ Fuelband. And social networks play a role here – sharing (some of) your data and goals with friends and family can keep you motivated to listen to the device’s suggestions and improve your health. Right now, according to Pew, only 34 percent of trackers share their data with someone else – which means that the other 66 percent are not as motivated as they could be. “We’ve seen that adding a social component to quantifying some health-related issues, like exercising, encourages users to participate more,” reports cofounder and CEO Joe Zacyk of Everylog.

For now, it’s still early in the history of the quantified self. Recall what Wolf said: “If we want to act more effectively in the world, we have to get to know ourselves better.” Health tracking tools have given us a fair bit of self-knowledge; now, it’s time for them to start showing us what to do with it.

Coromega is offering Tech Cocktail readers a special 25 percent discount on supplements (with the coupon code TECH). Also, the first five people who sign up here will get a free omega-3 test (valued at $150) and a 90-day supply of Coromega.

Why do healthy omega-3 levels matter? Because the majority of Americans are omega-3 deficient, which means most of us are losing out on healthier minds, hearts and bodies. Coromega is a unique delivery system of delicious omega-3 fish oil that comes in a convenient, single-serve “Squeeze” – a tasty burst of goodness with two essential fatty acids, DHA and EPA. And it’s clinically proven to have 300% better absorption than regular softgels, which mean you’ll be on your way to healthy levels in no time!