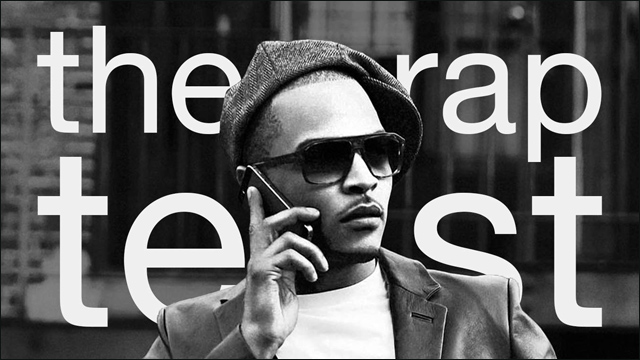 One of the last times we wrote about Danny Friday's Rap Test was when Divine wrote and made a music video: Venture Capitalist (Like Ben Horowitz). They've found their way back into the news this week with the major announcement that they will be launching a new test for heralded, Southern rapper T.I.

The initial purpose of The Rap Test was to find the biggest rap fans in the genre, scoring test takers on a leader board and rewarding them for their rap-dedication. Friday hasn't steered away from that mission at all, and the biggest T.I. fans will have the chance with this new test to win an autographed copy of T.I.'s newest album Paperwork.

“The Rap Test is launching the T.I. Test to support the release of his new album, Paperwork,” says Friday. “We think T.I. is an incredible rapper with an excellent back-catalog that new fans need to hear. We’re excited to take listeners on a journey all the way back to his first songs, and we’re having a blast while doing so.”

This marks the fourth major rap superstar that Friday and his crew have been able to collaborate with and bring on board behind Kanye West, Drake, and Riff Raff. And I don't know about you, but I'm definitely going to try my luck at winning an autographed copy of Paperwork. 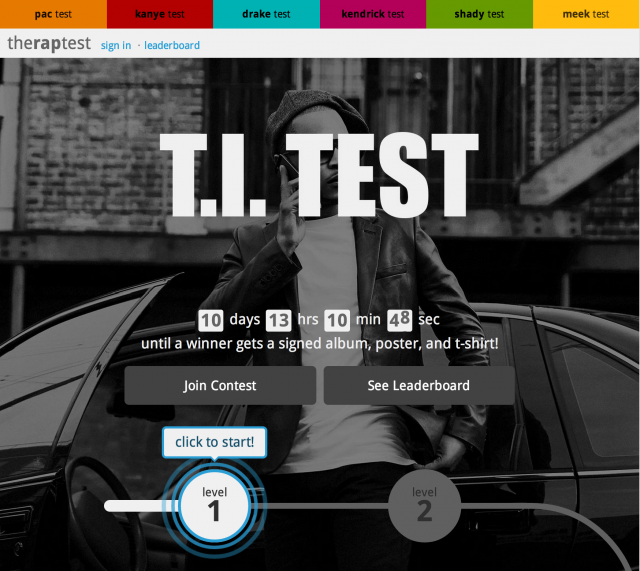