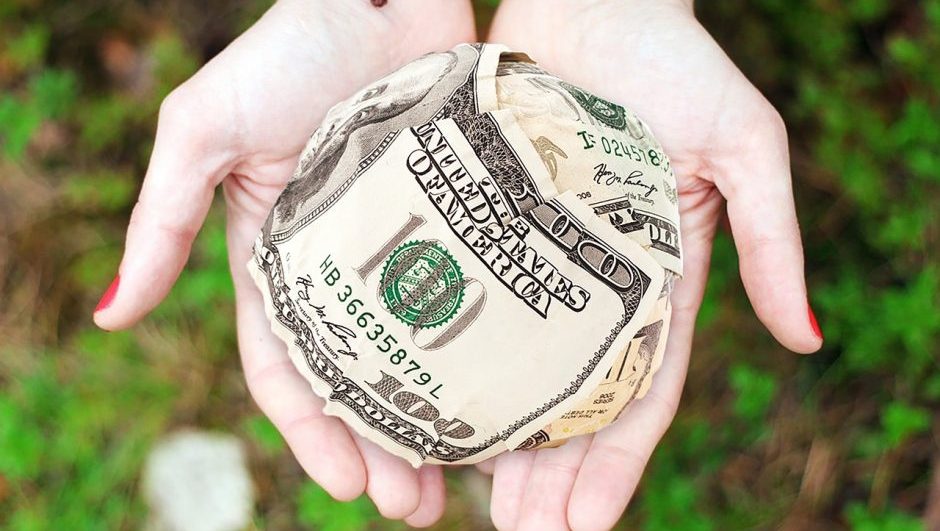 The tech community is growing at an alarming rate, particularly for tech job recruiters in big hubs around the country. With few computer science grads hitting the market and more available positions than they know what to do with, it's getting harder and harder to find qualified candidates in tech.

“Between 1997 and 2012, the number of technology jobs in the US nearly doubled,” wrote the authors of a Paysa study. “In 2017, that number almost doubled again from the number of tech employed Americans in 2012 –rising to about 7.3 million employees across the country.”

Fortunately, in big tech hubs like San Francisco, Seattle, New York, Boston, and Washington DC, tech companies are willing to shell out the big bucks for your relocation. And thanks to comprehensive data from Paysa, we now know exactly how much companies are paying relocated tech talent around the country.

For an in-depth look at how much more employees are being paid to relocate to these five cities, take a look at the graphs below and call the moving company today! 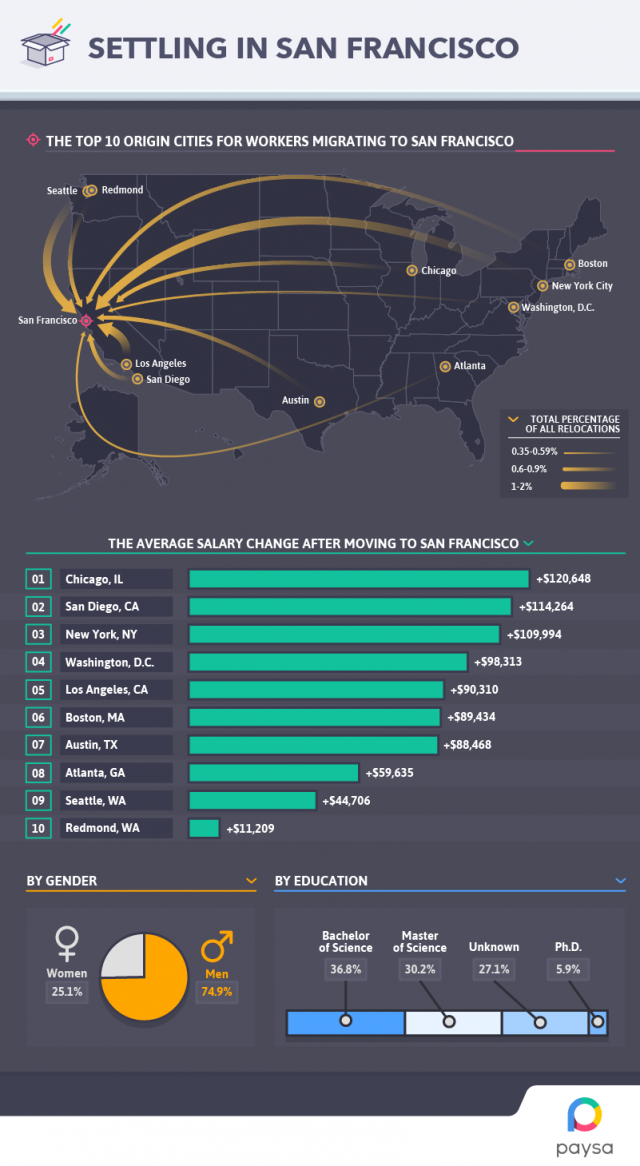 When you think tech jobs, you think the Bay Area. It's no secret why either. With more patents than anywhere in the world and every major tech company hailing from this part of the country, San Francisco is where innovation is born. This makes their status as one of the largest payers of relocated talent all the more reasonable. Well, that and the outrageously high cost of living. 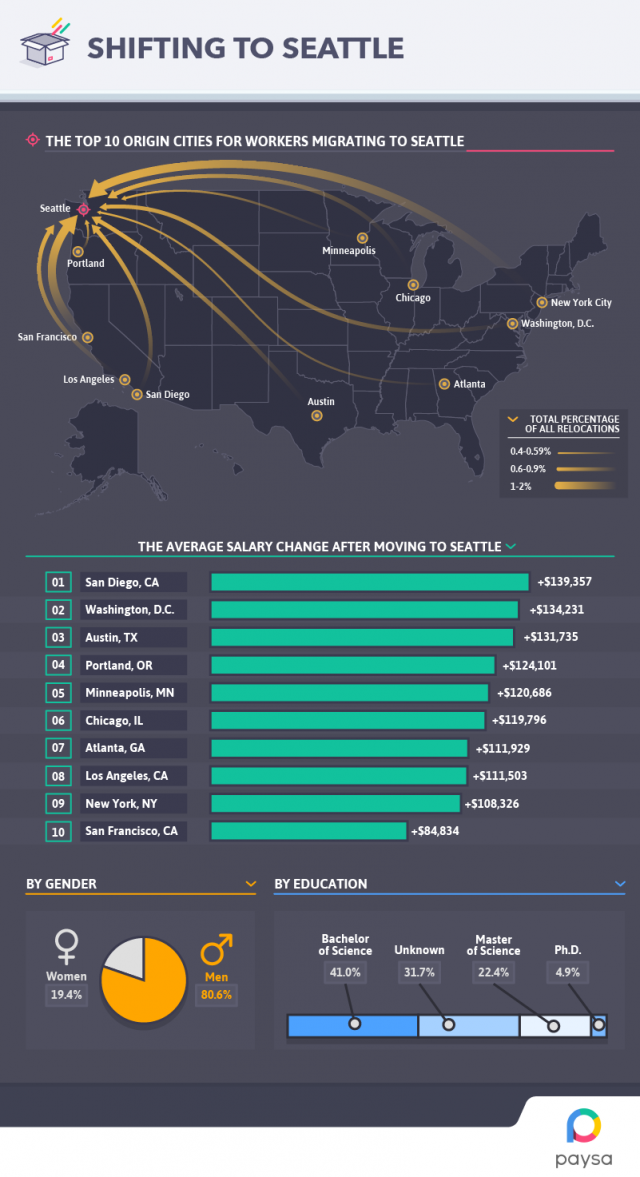 While it's admittedly not the Bay Area, Seattle has established itself as the number two hub on the West Coast. And because their ecosystem is still in growth mode, they're offering huge sums to relocated talent in an effort to keep the momentum going. Plus, with Amazon in your backyard, attracting tech talent should be easier than ever. 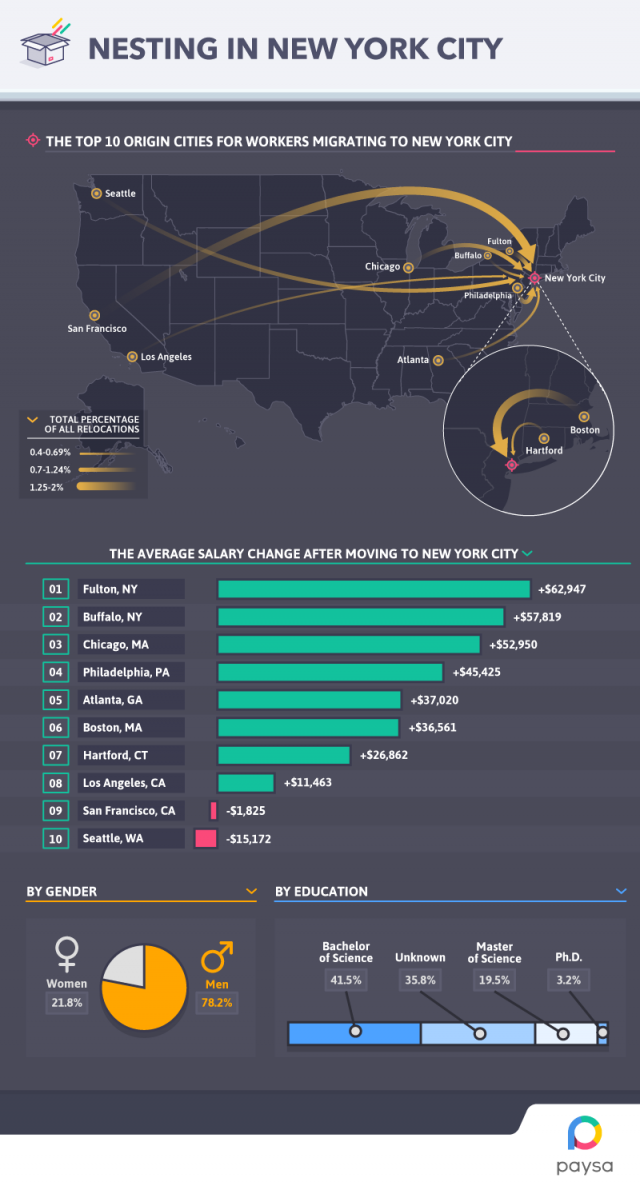 Despite the high cost of living and the city's status as the East Coast's go-to tech hub, New York's relocation pay raises pale in comparison to their West Coast counterparts, particularly for out of town candidates. However, it's worth noting that working in New York is its own reward… just kidding, they should pay more. Coffee costs like $8 there. 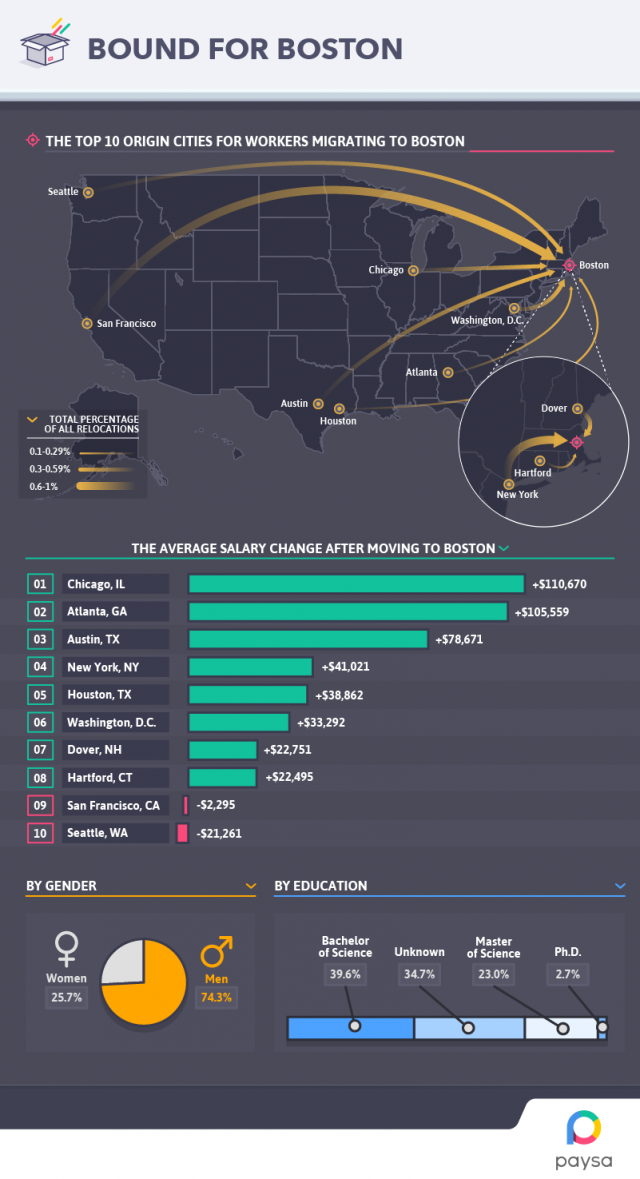 As the Seattle of the East Coast, Boston is also enjoying unprecedented tech growth in their ecosystem, becoming a frequent top 5 finisher in lists just like this one. However, much like New York, the East Coast life is a little less lucrative, although they are offering big bucks from other growing tech hubs like Chicago, Austin, and Atlanta. 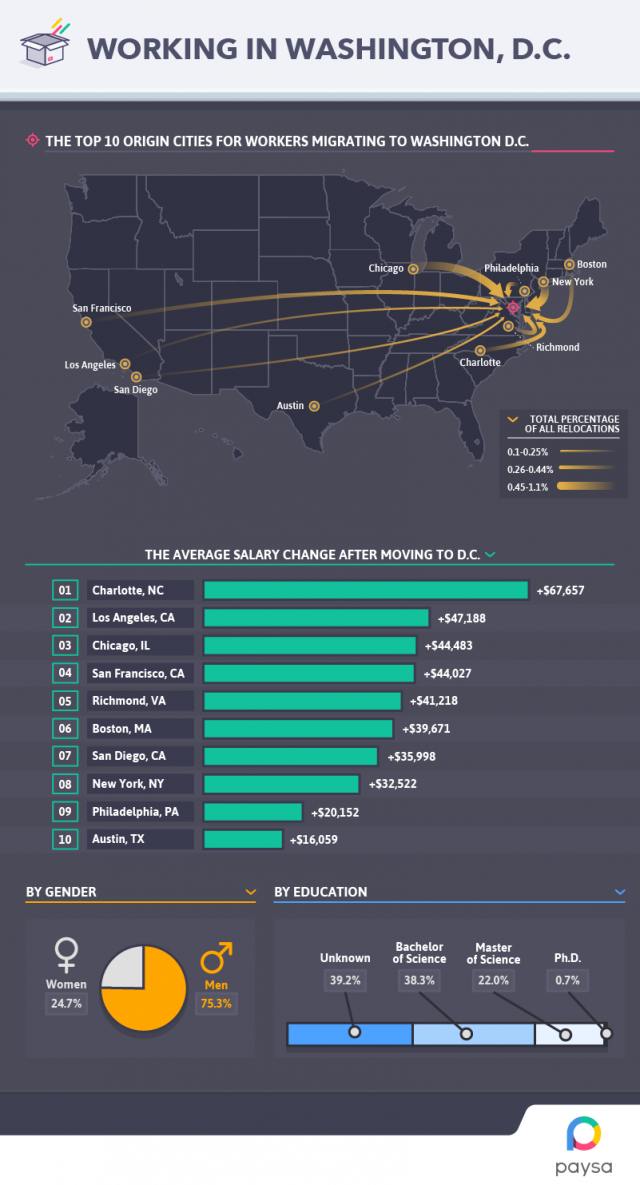 As a smaller hub compared to the cities listed above Washington, DC doesn't have as much of a pay raise to offer. However, the national's capital's status as a small hub allows them to offer more to employees in larger hubs. So if you're in San Francisco, Chicago, or Los Angeles and you're looking for a serious increase, DC has your name on it.

As you likely noticed while reading over these graphs, yes, tech still has a serious gender gap problem. With every city on the list relocating approximately three times as many male employees and female employees, it's hard to argue that tech could use an influx of diversity. Fortunately, there are programs out there hoping to instill a little passion in young women to change the way tech looks at the gender gap.